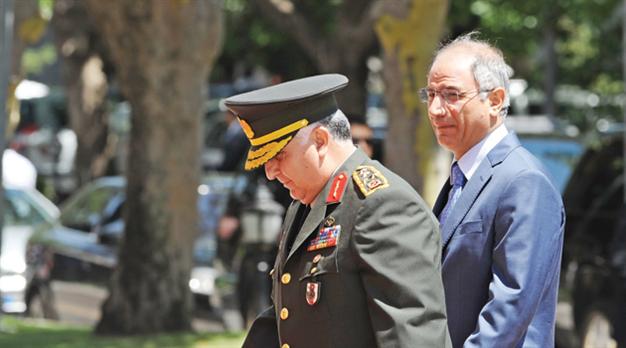 Turkish forces attacked on Wednesday Kurdish rebels in a south-east region near the Iraqi borders, killing 15 Kurdish rebels, as was reported by Reuters.

The area which houses Kurdish rebels has long been witness to clashes and fights between Turkish forces and the Kurdish Workers Party (PKK); a Kurdish rebel group considered as a terrorist organisation by Turkey.

The raid came amid statements made by the Turkish Prime Minister Recep Tayyip Erdogan reflecting Turkish concerns about Kurdish presence in Syrian borders with Turkey. Accusing Syrian forces of “allotting” five Syrian provinces to “terrorist” Kurds, Erdogan told Turkish Kanal 24 TV channel that if the fleeing Kurds attack Turkey, it would not hesitate to strike Syria.

“That’s not even a matter of discussion, it is a given. That is the objective, that is what must be done.” Erdogan said.

According to an agreement signed by Turkey and Syria in 1998 known as the “Adana agreement”, Turkey is authorized to use military force inside Syria to protect the “security and stability in Turkey”.

Taking the side of the opposition since the beginning of the Syrian uprising, and opening up their arms and borders to all fleeing Syrian refugees, Turkey’s stance on the Syrian crisis seems to be shifting. The Damascus bombings conducted by the Syrian opposition last week – which claimed the lives of four top-officials of the Syrian regime – not only brought about a massive influx of Syrian refugees to neighbouring countries, including Turkey, but it also placed key border cities with Turkey in the hands of Kurds.

Turkey closed its border with Syria Wednesday, blocking a major Syrian supply route, citing security concerns as the reason behind the blockage. Turkish trucks crossing into Syria were frequently attacked and looted.

Several analysts interviewed by Turkish newspaper Today’s Zaman expect Turkey to create a buffer zone on its border with Syria as a reaction to the growing violence in Aleppo. The move would stop Turkey from receiving any more Syrian refugees. The latest count of Syrian refugees in Turkey puts their number at almost 44,000.