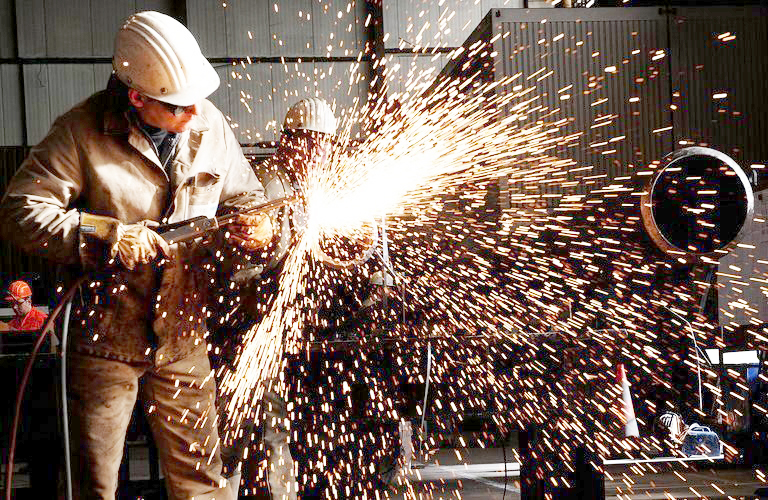 Banks have once again taken an interest in financing the construction materials sector which has been quite stagnant since January 25.

Banks have pledged to provide EGP 1.7 billion in loans before the end of the current year to finance Egyptian Steel and Al-Marakbi for Metal Industries to erect two new plants.

Al-Marakbi for Metal Industies will receive a loan of EGP 700 million arranged by both the National Bank of Egypt and Misr Iran Development Bank. In addition, Egyptian Steel will receive EGP 1billion in Islamic loans, arranged by Audi Bank and Banque Misr.

It is expected that banks largely invest in construction materials during the coming period in order to implement a 1-million-unit residential unit project.

In addition, banks will finance infrastructure projects such as roads, bridges, and others in co-operation with private sector companies.

The loan to Al-Marakbi for Metal Industries came after banks abstained from metal companies following a court ruling last year. The ruling revoked the licenses of four companies: El Ezz Steel Sheet Manufacturing, El Ezz Steel, Beshay, Suez Steel and Tiba. Banks were reported to have provided these plants with approximately EGP 6 billion and threatened not to provide any new loans to the sector if the problems remain unresolved.

Sahar El-Damaty, Credit Risk Director at a private bank, said that the steel sector is a strategically important one for Egypt, noting that a portion of the steel plants› production is exported, providing the country with foreign currency.

She stressed that political stability and security will lead to increased investments in real estate, leading to increased demand for construction materials, adding that the government directed a large amount of money towards building new roads and water projects, allocating EGP 55 billion for investment projects in the new budget. The projects will significantly increase demand on construction materials, especially steel.

El-Damaty noted that during the coming period, banks hope to provide financing to all sectors in order to distribute risk. The lack of confidence in long-term financing was caused by Egypt’s credit rating being downgraded, she added, expecting that confidence will return when political stability does.

Soon thereal estate sector will grow after lagging since the January Revolution, he added, noting that the country will also start implementing residential projects to meet citizens› needs. He stressed the necessity of assuring investors, resuming halted projects and resolving the construction-licensing problem in order to address the housing crisis.

He also said that banks have a real desire to expand their financing to construction sector, especially steel plants situated in non-traditional areas and outside of the greater Cairo area.

A corporate finance officer at the Arab African International Bank said that the steel sector will be one of the most important sectors for banks within the coming year, noting that with the licensing problem resolved last year, banks have regained the confidence to invest in the sector.