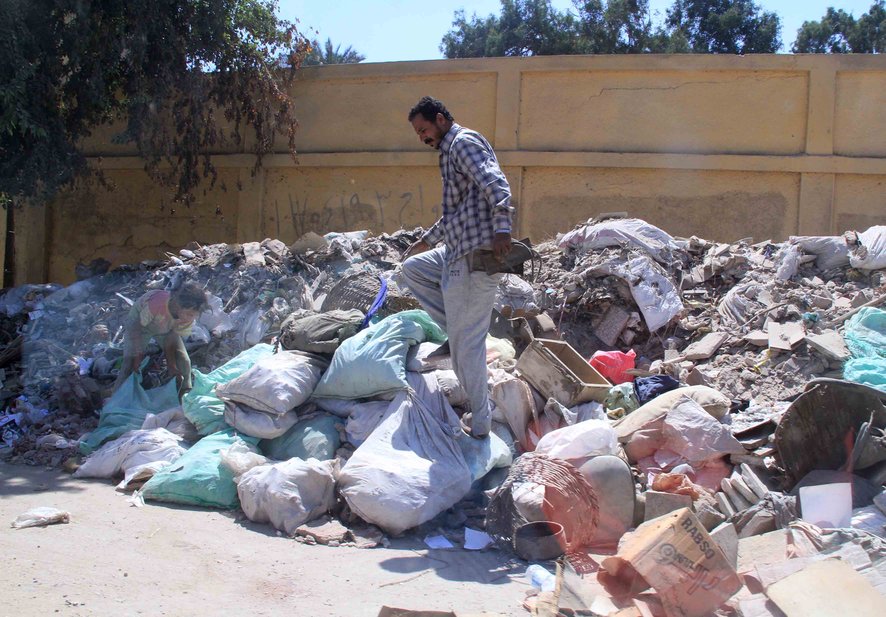 As part of President Mohamed Morsy’s 100-day campaign to tackle what he perceives as the greatest challenges facing Egypt, he has called on Egyptians to take part in the ‘Clean Homeland’ campaign. The campaign is aimed at cleaning the country’s streets, an ever growing problem especially in the impoverished neighbourhoods of big cities such as Cairo and Alexandria.

The project has been lauded by the Muslim Brotherhood’s Freedom and Justice Party, which claims to have garnered a large support base for the project. The Ikhwanweb, The MB’s official news site, reported that various political, social and youth movements across Egypt are participating in the initiative but none of these groups are mentioned by name.

While the campaign is commendable and its goals are lofty, to say the least, the manner in which Morsy has gone about implementing the finer points of his 100-day cure-all has sparked criticism from many people around Egypt. The Socialist Popular Alliance Party had released a statement on Friday criticising Morsy’s popular participation tactics.

“The President suggests that the people bear the burden of the cabinet and executive office’s failure to carry out their duties,” the statement said. “This burden will mostly be endured by residents of lower class areas which suffer from the most negligence.” The statement warned Morsy that popular participation and philanthropy are temporary measures which fail to offer long-term solutions.

The decision to deal with the garbage crisis in Egypt through the use of the masses is not a first for Morsy. Earlier last week the President called on people to shut off their power for two hours a day in order to deal with Egypt’s power shortages, rather than propose a solution for the growing power demands in the country which has sparked various protests around the country.

The power and water shortages in Egypt have sparked often violent protests over the past month. In Fayyoum, hundreds of protesters were reported to have set fire to tires and blocked off a highway in protest of water deficits. Similarly, a number of shops in Cairo have fallen victim to night-time looting, a result of overnight power cuts in Shubra.

A resident of the Abu Numros district in Cairo, Sa’ad Negm, expressed caution about judging Morsy’s decision to mobilise the masses.
“I do believe that this is not a good long-term,” he said, “but real lasting solutions take time.” Negm believes that this quick-fix is an attempt to show Egyptians that Morsy is at least trying, and by implementing short-term solutions now that it will pave the way for Morsy to implement bigger changse.

“If people look back at the end of the 100 days and see a positive change, then he will be more capable of investing time and money into the construction of adequate infrastructure to deal with these issues,” Negm said.