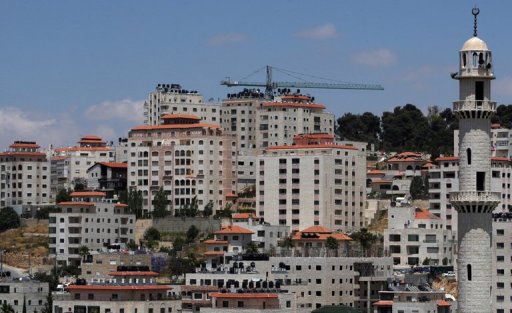 The World Bank reports that over dependence on foreign aid and and heavy restriction enforced by Israel are impeding development in the Palestinian territories.

In a report entitled Towards Economic Sustainability of a Future Palestinian State: Promoting Private Sector-Led Growth, evidence documents a stifled Palestinian economy not currently capable of supporting a sovereign state.

Lead author of the study Economist John Nasir said in a statement following the report’s release, “The Palestinian Authority has made steady progress in many areas towards establishing the institutions required by a future state but the economy is currently not strong enough to support such a state.”

The report claims, “…It is important that the PA take steps to reduce costs, raise revenues, and move towards fiscal sustainability.”

World Bank Country Director Mariam Sherman noted in the same release, “While Israeli restrictions remain the biggest impediment to investing…there are still positive actions that the PA can take now that will both lay the ground work for a sustainable economy and contribute to growth today and in the future.”

Aid from donor countries has propped up certain components of the Palestinian economy contributing 7.7 percent growth in gross domestic product from 2007 to 2011. However agriculture and manufacturing have suffered greatly over that same time span.

Most of the growth has been in the West Bank, but Gaza showed positive economic growth in 2009 as a result of increased aid and through trade tunnels from Egypt.

The World Bank cites a well-educated population and an entrepreneurial spirit in West Bank and Gaza as promising signs for future economic growth and sustainability.

The PA will need to give top priority to establishing an efficient trade structure, as trade will have to be the centerpiece for future growth of an independent Palestinian state. Nasir also noted that, “Economic sustainability cannot be based on foreign aid so it is critical for the [PA] to increase trade and spur private sector growth.”

The report discusses the PA’s notable progress in building institutions that would serve a future state well, but the private sector has been impeded by devastated restrictions set by the Israeli government.

The World Bank report also points to the clear advantage the West Bank and Gaza have in its people. A highly educated workforce is capable of compensating for the PA’s inability to compete in low-cost manufactured goods. These signs point to good conditions for establishing a strong service-based sector.

In a 2009 economic survey put forth by the Palestinian Bureau of Statistics (PCBS) internal trade makes up 40 percent of employment, followed by service and industrial activities at 30 percent and 22 percent respectively.

The World Bank also advises the PA to reform its laws overseeing businesses, as it currently contains a number of inconsistencies that coupled with security issues make foreign and domestic investment unattractive.

In the report the World Bank also recommends that the West Bank and Gaza look to examples of Asian economies that experienced high levels of growth despite a lack of natural resources partially through integration into world supply chains. The geographic location of the West Bank and Gaza provides an optimum opportunity to become critical players in global trade.

The Arab League announced last week after their most recent meeting in Doha that despite the failed PA bid for Palestinian statehood at the UN they would support a bid for non-member status. They will continue debating the issue at the upcoming Cairo meet on 5 September.