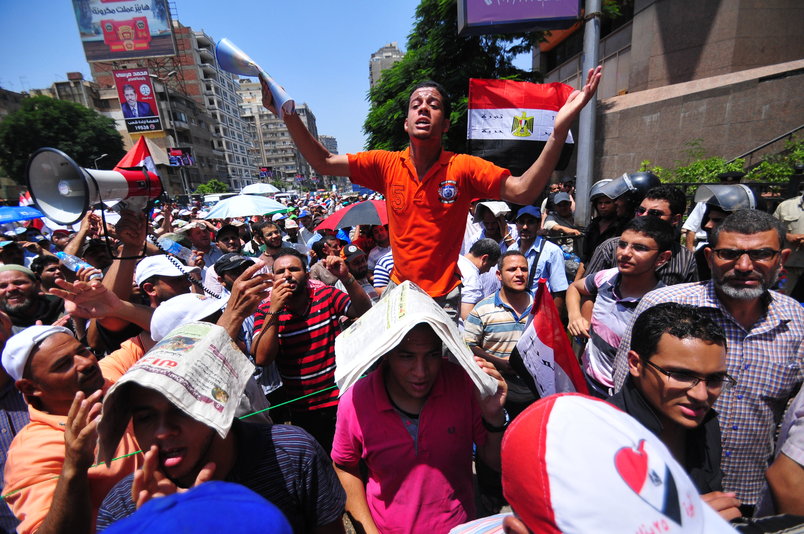 The Constituent Assembly plans to finish drafting the constitution within 20 days and to put it to referendum in September. Assembly spokesperson, Waheed Abdel-Meguid, told journalists the assembly would not rush the constitutional drafting process in fear of the court case.

Furthermore, he told The Daily News Egypt that he believes the judiciary’s decisions are hard to predict and that the court will decide on a final court date tomorrow, whether or not the bench is changed.

The State Council’s Administrative Judiciary Court is set to resume tomorrow and will be reviewing a case calling for the dissolution of the Constituent Assembly tasked with writing the country’s new constitution.

The court’s second district will be looking at a petition filed by Muslim Brotherhood lawyers calling for the transfer of the case from the first district to another bench.

The Brotherhood’s lawyers argue that the same first district bench dissolved an earlier constituent assembly creating a conflict of interest.

The first district postponed the case proceedings on July 19 until the matter of its recusal could be resolved and the second district has received the lawyers’ petition and has listened to the defence of the first district’s chief justice, Judge Abdel Salam El-Naggar.

If the court rules to validate the petition tomorrow, then the case will be referred to Chairman of Administrative Courts, Farid Tanagho, who will be required to refer it to another judicial district in the Administrative Judiciary Court.

However, if the court dismisses the appeal, the first district will resume ruling on the case and will be required to set a date for a final verdict.

The case is important enough that the court might set a ruling date in August, which falls within the annual judicial vacation.

If the petition is rejected, the Muslim Brotherhood lawyers could be fined EGP 4,000.

The Constituent Assembly has faced the threat of dissolution ever since its formation. The current assembly was formed after the Administrative Judiciary dissolved the first one for having members of parliament making up half the seats.

The March 2011 constitutional decree currently governing Egypt stipulates that both houses of parliament elect the membership of the assembly but does not say that parliamentarians may elect themselves.

The court ruled that parliament members had the right only to elect members of the assembly but not to have parliament represented in it.

The plaintiffs filed a case against the postponement, however, and the court was meant to make its verdict on 19 June, before the Brotherhood lawyers petitioned for a change of judicial districts.

If the assembly is dissolved again, parliament will not get to elect a replacement. The Supreme Council of the Armed Forces will instead appoint a third assembly.

This is a result of a supplementary constitutional decree SCAF released after a Supreme Constitutional Court decision dissolving parliament’s lower house, the People’s Assembly (PA).

The move is not entirely negative for the assembly, however. Constitutional Assembly members who were also PA members are no longer parliamentarians due to the chamber’s dissolution. Assembly members who sit in the upper house, the Shura Council, resigned their membership in the assembly in order to offer more legal protection against the court case.