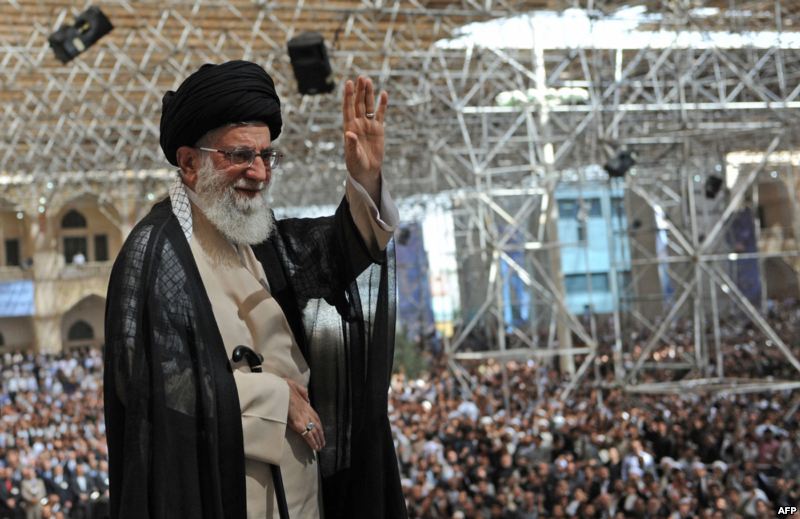 Tehran (AFP) — Top Iranian government officials and lawmakers agreed in a meeting on Wednesday to budget cuts in a bid to shore up an economy struggling with Western sanctions and inflation, media reported.

“The conclusion of today’s meeting between the economic officials of the government and lawmakers is to minimise the effects of sanctions,” Economy Minister Shamseddin Hosseini said after the talks also involving oil, commerce and agriculture ministers, and the central bank chief, the official IRNA news agency reported.

He said “we agreed to cut budget spending … and focus on domestic production.”

Supreme leader Ayatollah Ali Khamenei stressed late Tuesday, in a meeting with the regime’s senior figures, that Iran would not cede to the pressure exerted by the West over Tehran’s disputed nuclear programme.

“Not only will we not revise our calculations, but we will continue on our path with greater confidence,” he was quoted as saying by state media. “Iran retreating (from its policies) regardless of justifications or excuses, or showing flexibility, will only embolden the enemy,” he said.

The closed meeting came amid increasing news reports in Iran highlighting economic hardships, despite a directive two weeks ago from the culture and Islamic guidance ministry warning media to avoid reporting on the impact of the sanctions.

Khamenei, who dubbed this year the year of “domestic production and the support of Iranian investment and labour,” and other senior officials are beginning to admit to economic pain, but deny the Western sanctions are the principal cause. “The reality is that problems exist in Iran, but we should not blame them on each other but we should solve them through unity … (Officials) should refrain from useless quarrels and from publicising them,” Khamenei said.

The United States and the European Union this month severely ramped up their sanctions on Iran with the aim of strangling its oil-export dependent economy in a bid to force it to roll back its nuclear activities. The sanctions are expected to cut Iranian oil exports by 40 percent, according to the International Energy Agency.

They have also greatly pushed up the price of imported goods after the Iranian currency lost nearly half of its value against the dollar this year, aggravating already high inflation.

The effects of the inflation could be seen in media photos of long lines at state distribution centres for subsidised chicken, whose price in normal supermarkets has nearly tripled in the past year. “We don’t eat a lot of red meat because it’s not healthy. But now chicken has also become expensive. We eat chicken just two times a week and make more vegetable dishes,” one shopper, a 57-year-old woman who gave only her first name as Pouran, told AFP. “Now, when we invite people, we have them over after dinner because everything’s become so expensive,” she said.

Inflation is officially put at 21 percent but estimated by outside analysts to be much higher. Bread, taxi and energy prices have all risen markedly.

Some Iranian officials attribute the painful price rises to government mismanagement. Parliamentary speaker Ali Larijani, for instance, said last week: “The country’s economic problems are only 20 percent due to the sanctions. Unfortunately, the main origin of the inflation comes from the maladroit application of the plan to suppress subsidies.”

The government of President Mahmoud Ahmadinejad has since 2010 been phasing out state subsidies on petrol, food and energy, offsetting them with cash handouts to most of Iran’s population. The latest phase of the subsidy cuts was suspended this month.

Authorities instead are deploying measures to make staples — such as meat, chicken, animal feed, powdered milk and medicine — more affordable for the population by aligning their import price to the fixed official exchange rate, which is 40 percent cheaper than the open-market currency rate.

Other, non-essential, imported goods would be priced higher under a three-tier exchange rate system.