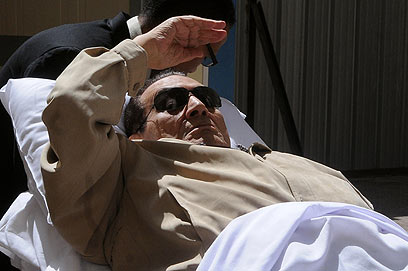 Egyptian prisoners over the age of 60 with chronic diseases may be pardoned based on their health conditions, according to several media reports.


If true, ousted president Hosny Mubarak, and many of his former aides, all of whom are over the age of 60, and currently suffering from a myriad of physical and psychological afflictions, could be released from prison early, according to the reports.

The state run newspaper Al-Gomhouria first reported the news, with Al-Ahram’s online portal, Shabab, and the Saudi television news channel Al-Arabiya following suit. All of these media outlets reported there was a good chance that Mubarak and his aides might be freed.

The ramifications of an early release for Mubarak and his aides could plunge Egypt into further disarray. Mubarak and his aides are still awaiting corruption and graft charges. The president himself is serving a life sentence for not protecting civilians during the 18-day uprising that removed him from power.

Human rights lawyer Mohamed Zare’, head of the Arab Organisation for Penal Reform and former head of the Human Rights Association for the Assistance of Prisoners, said releasing Mubarak and his aides crossed a red line.

“Some of them are still being tried, their health is stable and they receive very good medical care,” Zare’ said. “Everything in this country happens based on the president’s orders. I don’t think that the president [Mohamed Morsy] wants to release them.”

However, Zare’ said releasing ailing elderly prisoners is “what we in civil society have called for, for a long a time. This is the normal development.”

Zare’ said conditions in prisons need improvement. Overcrowding and poor medical facilities plague the current prison system. He said any elderly and sick prisoners who have served the majority of their sentences should be released early.