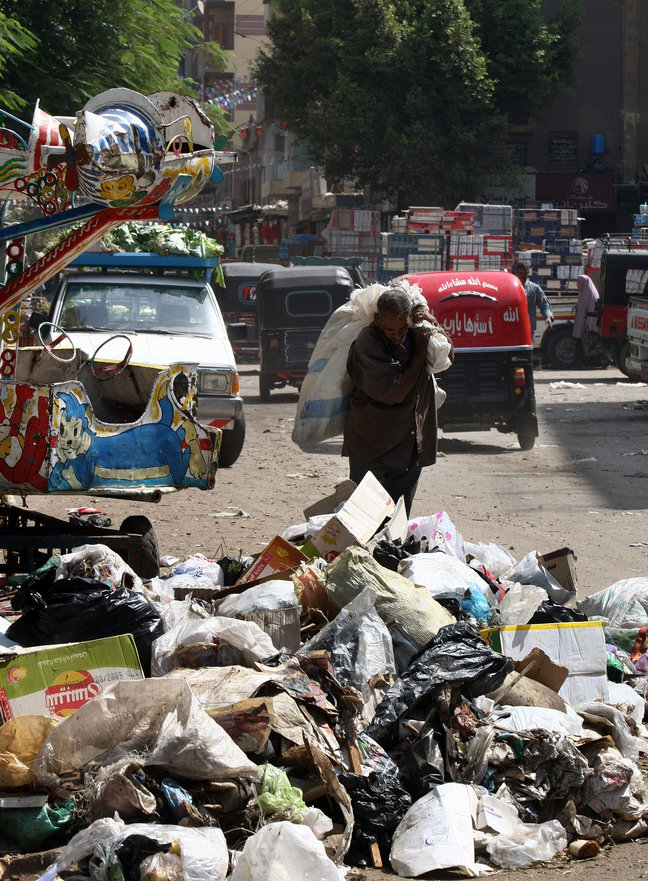 Nation-wide power outages and garbage pile build-ups are frequent in Egypt during the summer. So are bills for poor garbage collection and electricity services.

However, one Egyptian political party is responding to these electricity and garbage collection bills by objecting to the inadequate services rendered for payment. The Socialist Popular Alliance Party (SAPP) has created the “We Are Not Paying” campaign which asks people not to pay electricity or garbage collection bills since the services are so poor.

The SAPP’s full demands include a schedule of when planned power cuts will happen, their duration and a breakdown of the consumption of electricity by various neighborhoods in order to know whether there is equity between the neighborhoods.

The party first launched its campaign in Imbaba, a working class section of Cairo last Thursday and is launching it in Alexandria today.
According to Amr Abotawila, a member of the Imbaba branch of the SAPP, Imababa residents are responding very positively to the campaign. The garbage problem is so severe in Imbaba that huge piles of garbage often block the roads.

“We came to Imbaba with our posters, then we handed out a statement with our demands and explained our demands, but we were in a place where frequent power outages take place and we were standing next to a pile of garbage so we didn’t even need to explain,” Abotawila said. “The people are living the problem.”

According to Abotwalla, the SAPP is launching a new “We Are Not Paying” campaign in another section of Imbaba and is also developing one in the north eastern city of Ismailiya.