Egypt Abdel-Maguid: “I believe we will have a constitution ready to be put to a public referendum within six weeks to two months”
Pin +1 WhatsApp Tweet Share Share Jobzella Email 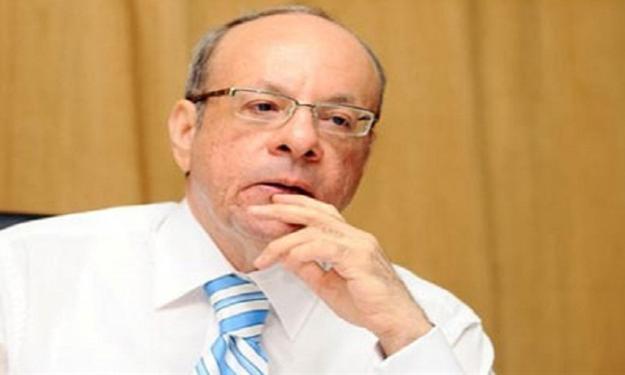 On the eve of an expected verdict on the validity of the Constituent Assembly, the Daily News Egypt spoke with the spokesperson of the assembly, Wahid Abdel-Maguid, on when Egypt can expect a new constitution, the debate around the drafting of Article 2, otherwise referred to as the controversial Shari’a article, a possible repetition of presidential elections and the appointment of Hesham Qandil as prime minister.

How is the Constituent Assembly progressing in drafting the constitution?
The Constitution Drafting Committee is reaching the final stage of its preparation, where each specialised committee is in charge of a specific part of the constitution. Suggestions on articles are examined by members of the relevant committee, who reach a general consensus whether to approve, modify, or reject them. Some committees – such as the Committee for Rights and Personal Freedoms, and the Committee for Fundamental Constituents – are on the verge of completing this stage.

Specialised committees will then start to deliver their work to the General Wording Committee, whose mission is to check and adjust the wording of articles from both a linguistic and constitutional viewpoint, and to maintain an overall consistency of the constitution. The project will then be presented article by article before the General Session, which consists of all members of the Constitutional Drafting Committee. The General Session will either approve or disapprove every article.

This final stage is expected to commence either towards the end of Ramadan or directly after Eid, depending on progress. This stage will take some time because a separate vote will be held for every article. In the first instance a majority of 67 percent will be sought to approve a article and if this is not reached then a second vote will be held with the aim of achieving a 57 percent majority. This is likely to take at least a month. Overall, I believe we will have a constitution ready to be put to a public referendum within six weeks to two months.

How did the Constitutional Drafting Committee overcome the crisis Article 2 (acknowledging the role of Islam and Shari’a)?
This issue has not been settled yet. Until the constitution is presented, article by article, before the General Session, debate over Article 2 will continue.
The committee in charge of the issue has two main options; the first is to maintain the current wording of the article, and the other is to include wording making Al-Azhar the authority for questions of interpretation of Shari’a, accompanied by the right of non-Muslims to refer to their own rulings for personal and religious affairs. Alternatively, these two additions might be included in separate articles or chapters; the role of Al-Azhar could be included in the new ‘Independent Institutions’ chapter, and the right of non-Muslims to refer to their religious rulings in the “Rights and Personal Freedoms”, or the “Fundamental Constituents” chapter.

Because of the sensitivity of this issue, this article requires a high level of accord between members as it will not be easily accepted if decided by a narrow majority.

What do you expect will be the final outcome regarding Article 2?
I think it will probably remain as it is. The suggestion to resort to the “provisions” of Shari’a was withdrawn. This does not negate the possibility that the “provisions” could be re-presented once again, but at least for now, the issue will remain within the “principles” of Shari’a. The debate between provisions and principles of Shari’a seems to have been resolved with the inclusion of Al-Azhar’s role in the interpretation of the principles of Shari’a.

The second new aspect is the introduction of the right to access and circulate information, and protection from withholding or hiding information. There is also a strong tendency towards offering a constitutional guarantee for the preservation of economic and social rights.

These were in the field of rights and freedoms, the independence of social institutions, the separation of establishments belonging to executive and legislative authorities from the state’s control. This extends to institutions such as the Administrative Control Institution, the Central Accounting Apparatus, the national press, the state media with its radio and TV stations, and the Ministry of Information.

What are your plans in light of the various lawsuits demanding the dissolution of the Constitutional Drafting committee?
There are indeed some lawsuits being currently reviewed by administrative courts. What I believe is that the job we are doing is an essential national mission, and that in the event we are hindered from completing this job, all committee members will gather and discuss what action they can take, whether to present whatever work they would have done to those who will continue the path, or to resume the same work as a popular institution. For the time being we are putting all such issues aside and continuing our work.

What is your opinion of the appointment of Hesham Qandil as Prime Minister, particularly considering that your initial reaction to the news was to say, “The Muslim Brotherhood are now lost in the air”?
I meant that the Muslim Brotherhood seems to be wasting its efforts of the last 80 years, as a result of successive costly mistakes which started with the parliamentary elections. We don’t need a government of bureaucrats right now. Rather we need a political government, which can achieve political partnership with all social groups. Hesham Qandil is a bureaucrat who isn’t qualified to lead a government at this complex stage. The 25 January Revolution was about ending bureaucratic governments.