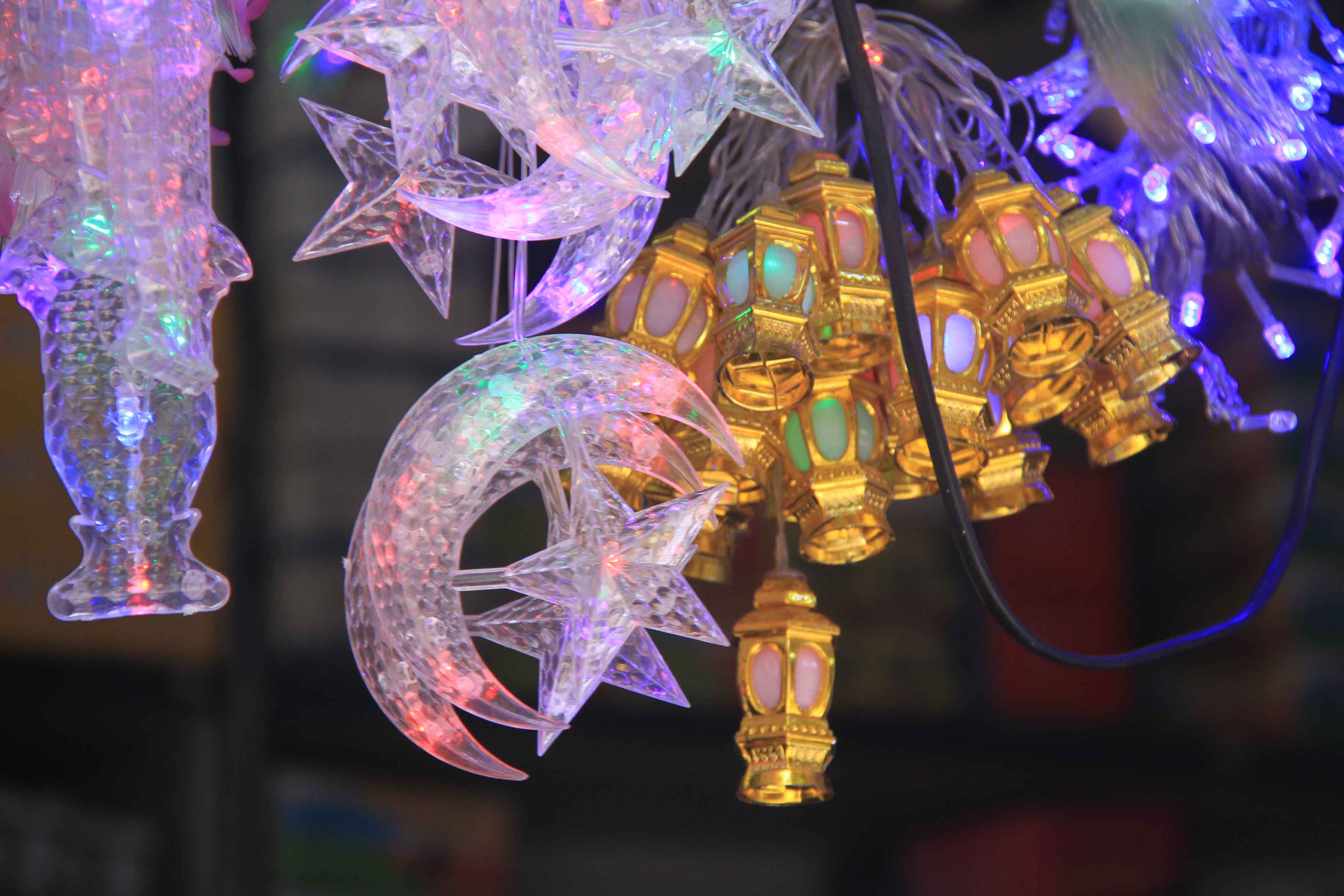 Walking down any busy commercial street in Cairo during Ramadan, Egyptian culture is plainly apparent. Finely wrought brass lanterns of all sizes are lined up. Some are electric – the prevalent type. Some are old-fashioned candle lanterns, somewhat more rare. Blue, green, and red all come together to produce a variety of oriental and modern designs that we give a place of pride in our homes and treat with more reverence than Christmas trees.

And then, like weeds among roses, the abominations spoil it all.

Twisted plastic monstrosities, produced no doubt in some infernal foundry in the depths of the earth, outnumber the illustrious, hand-crafted beauties 400 to one currently, with odds not expected to favour the real artists anytime soon.

The first of these atrocities I saw this year were furred wire-contraptions that looked like electric fly traps vomited upon by some unfortunate clown who’d had one too many Skittles. Some looked as though there had been effort put into the horrible colour coordinating, while others seemed unfortunate enough to have been Frankensteined out of any available materials. One small mercy was that, at the time of writing, it seemed as though hardly any had been sold. One point for a collective sense of decency, Egypt!

Bad as those were, at least they were shaped like lanterns. Which is, you know, what the word fanoos actually means. Next we come upon the abominations that do not even attempt to resemble lanterns. Of two types, these particular abominations are obviously after nothing more than a quick profit.

The first type capitalises on current climates, such as an air of increased religiousness –leading to lanterns shaped like a crescent or a mosque – or patriotism – simple flags. These do not even attempt to capture the origin or significance of these lanterns.

The second type wants mass market appeal, and so witness the parade of action figure light-up super-powered music-playing lead-coated Chinese-imported Alien-Pokemon-Transformer lanterns. Although that would be stretching the word ‘lanterns’ to ludicrous lengths.

The final set of abominations I have seen is perhaps the most excusable. It is only natural that not everybody can afford a four foot-tall, solid copper fanoos, and the true artists do not degrade their work by using inferior materials. This leaves an open niche which has naturally been exploited. Mass-produced plastic fawanees, still traditional-looking but nowhere near the same quality, have always been around. The government employee who comes home tired and broke cannot greet his children empty-handed, and so these five-for-a-pound plastic light-ups fulfill a necessary purpose in society.

Perhaps the sole solace we can take from this is that Egyptians are, by and large, a people proud of their history and heritage. Perhaps if enough of us take a stand and stick up for our resident traditional fawanees-makers, the rest of the world will stop hawking their cheap bits of plastic, and we will have preserved a venerable, noble occupation.