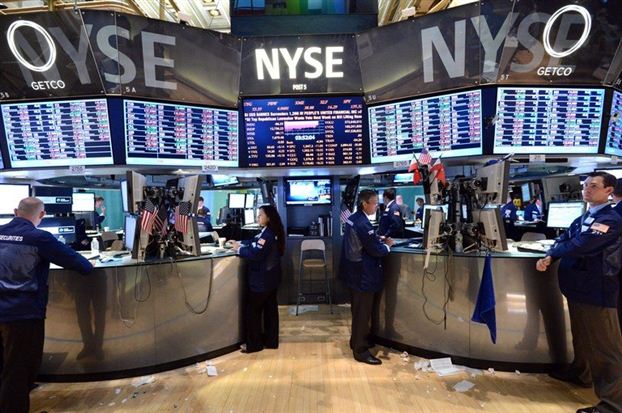 Frankfurt (AFP) — Financial markets will be waiting with bated breath to see if the European Central Bank announces any new policy moves next week, but analysts warned they could be disappointed.

ECB chief Mario Draghi sent stock markets soaring and helped bring down Spanish borrowing costs sharply last week when he said the central bank was “ready to do whatever it takes to preserve the euro. And believe me it will be enough.”

Since the start of the crisis, the ECB lost no time in embarking on a series of emergency measures — in addition to cutting rates — to stem the turmoil.

Indeed, the bank is seen by many as the sole institution in Europe capable of acting quickly and effectively enough to extinguish the crisis fires.

The ECB has brought eurozone borrowing costs down to a new all-time low of 0.75 percent and embarked on a hotly contested programme of buying up the bonds of debt-mired countries, known as the SMP.

On top of this, the ECB also pumped more than 1.0 trillion euros ($1.2 trillion) into the banking system and relaxed the criteria for collateral that banks need to put up to take out loans from the central bank.

Nevertheless, as the borrowing price, or yield, on Spanish debt recently climbed to levels at which other eurozone countries had to ask for international bailouts, the central bank found itself under pressure to act yet again.

Draghi’s comments were interpreted as a signal that the ECB might do so by resuming the SMP programme which has lain dormant for most of this year.

And in the wake of his remarks, the yield on 10-year Spanish bonds dropped, European stock markets jumped and the euro spiked higher against the dollar.

Nevertheless, when the ECB’s governing council convenes for its regular monthly policy meeting on Thursday, central bank watchers were sceptical as to whether Draghi would really deliver.

“Like young lovers, the markets got very excited about three little words … Draghi’s pledge to do ‘whatever it takes’,” said Capital Economics economist Jonathan Loynes.

“But they either missed or ignored three other little words … which could prove to be just as important: ‘within our mandate’,” the analyst said.

The ECB first launched the SMP or Securities Market Programme in 2010 to help debt-wracked eurozone countries that were finding it difficult to drum up financing in capital markets.

Under the programme — seen in many quarters as overstepping the ECB’s mandate — the central bank has so far accumulated 211.5 billion euros in bonds from Greece, Ireland, Portugal, Italy and Spain.

Nevertheless, the ECB effectively mothballed the SMP following its decision to pump more than one trillion euros into the banking system via three-year funding operations in December and February.

Furthermore, officials have always appeared reluctant to reactivate the SMP, arguing that it, like other emergency measures, was only temporary and aimed at giving governments time to tackle the root cause of the crisis — chronic overspending.

The Bundesbank sees the SMP as tantamount to so-called monetary financing, where the central bank effectively prints money to pay off a country’s debt.

That is something which is expressly forbidden under the ECB’s statutes and two prominent German ECB members even quit in protest over the practice.

The Bundesbank reiterated its opposition to the SMP last week.

Commerzbank analyst Benjamin Schroeder said that with no further rate cuts on the cards, following a quarter-point reduction at the start of this month, Draghi’s comments “sparked hopes for an announcement of non-conventional measures already at next week’s council meeting.”

UniCredit analyst Luca Cazzulani was not so sure.

While market expectations were “enormous … it is unlikely that president Draghi will be more specific compared to what he already said” last week, the analyst said.

“As such we see a marginal risk for disappointment,” Cazzulani said.

On the rate-cut front, analysts at RBS European Economics also believed the ECB would not cut rates from their current level of 0.75 percent just yet.

“The possibility of back-to-back cuts looks pretty remote. Germany doesn’t need a rate cut (at least, not yet) and a rate cut won’t save Spain,” they wrote in a note to investors.