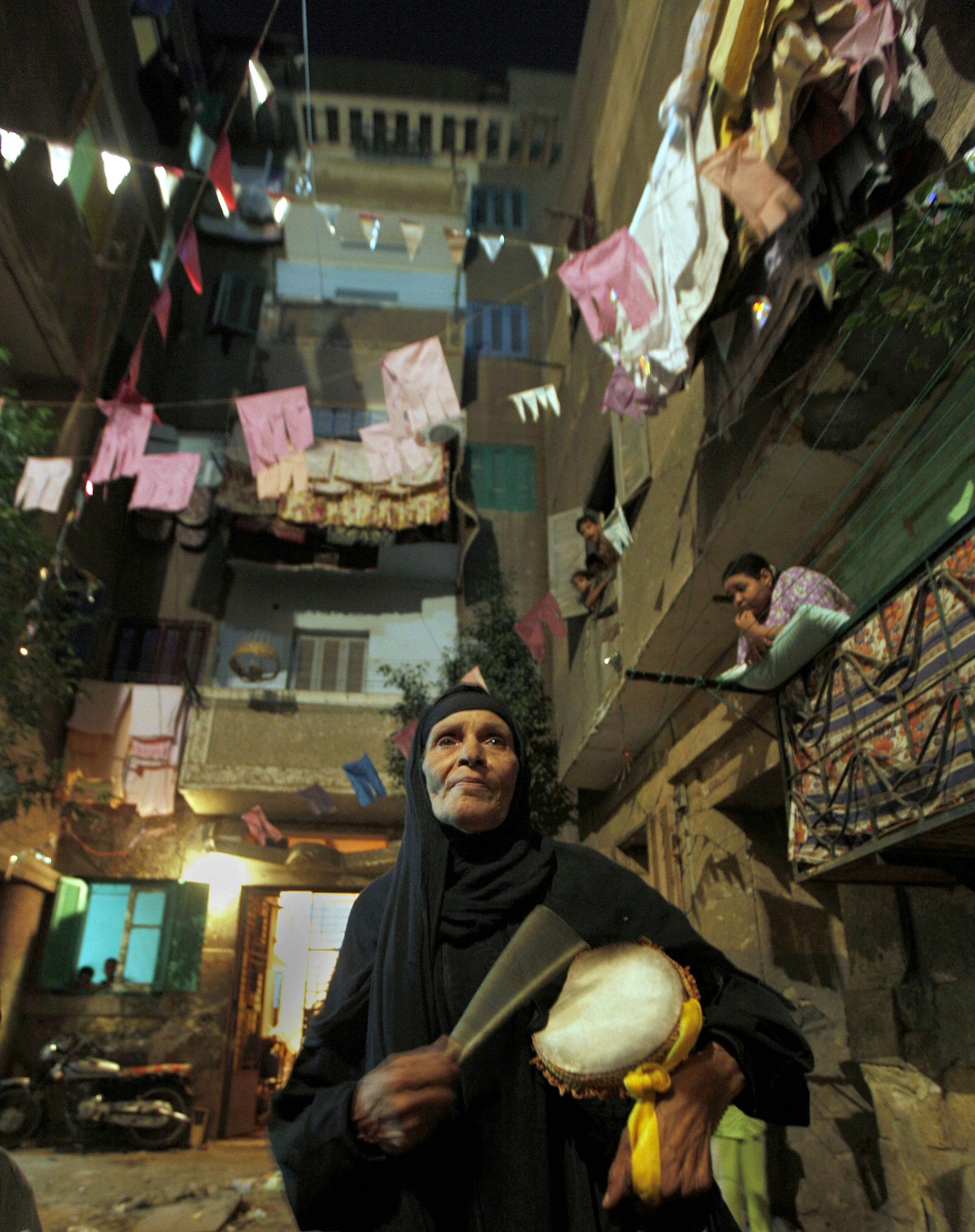 There is no surer way to coax expletives out of an Egyptian than threatening to separate him from his bed. Whether the habit was forged on the reed mats of Ancient Egypt or the down-stuffed pillows of the Ottomans, it stands today as one of the only ways to anger the normally good-humoured Egyptians. There is but one person – perhaps two if you count mothers, but even they need to tread carefully – who can successfully wake an Egyptian up prematurely and expect to live to tell the tale.

That person is the eternal mesaharaty. This staple of Egyptian culture – for those who do not know – is a lonely soul who walks the shadowed streets just before dawn with a drum, chanting traditional mesaharaty songs to draw us out of our slumber for Sohour, the final meal before the Ramadan fast of the day begins.

The Egyptian tradition dates back to the early days of Islam in Egypt, when the ruler himself, Antaba Ibn Ishaq, called people from atop the Mosque of Amr Ibn El A’as at the time of the dawn prayers. As time passed, the drum was introduced to offset the strain on the poor vocalist.

In the golden age of the modern mesaharaty, he attained almost legendary status. He made his way into the popular culture, and the music and folklore that lauded his profession – always carrying his faithful drum. A Pied-Piperesque trail of children accompanied him on his rounds, cheering and clamouring for sweets as children are wont to do. The robed figure made his way across immense neighbourhoods he knew intimately, all the while pounding out a rhythmic three-beat tune and composing songs on the fly. By mid-Ramadan, the mesaharaty could well have committed the names of each building’s inhabitants to memory.

My mother regaled me with tales of how she used to toss down laundry pegs with money and a slip of paper with my name on it, so that the mesaharaty could incorporate my name into his melodic cockerel’s call.

Nowadays, the tradition of the mesaharaty is a lot less prevalent than it was. For those in affluent, expat-filled districts such as Maadi or Zamalek, expect to have to venture out to track one down, although the odd elusive specimen is always possible.

The songs have become progressively simpler, and the shower of laundry pegs holding five or ten pound notes has slowed to a trickle. The call is less “wake up Ahmed and Omar and Mohamed and the other Mohamed and Sameh and Lamees and Heba and Sabah” and more “wake up, wake up, wherever you are“, and one cannot help but feel that the quaint charm that once embodied the tradition is on the verge of being lost.