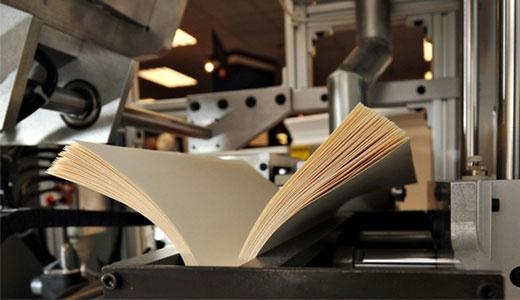 The El-Ahram and Delta Companies for Printing and Packaging saw increases in profits during the first half of the this year. Sameh Abdel Wahed, Financial Director of the two companies, considered the rise an achievement in light of the difficult economic circumstances currently facing the sector and fierce foreign and domestic competition.

A number of significant factors are affecting Delta and El-Ahram’s performance, he explained, referring to the fact that companies depend on foreign imports for nearly 75% of inputs, particularly from East Asia and Europe, and so rising import duties and the falling value of the Egyptian pound have increased production costs. In addition, the cost of the companies’ input materials have gone up, with most of them petrochemicals connected to the price of oil. They specialise in the production of packaging for food products such as tea and ice cream cones.

The company’s retained earnings in the first half of the current year were EGP 5.4 million, compared to EGP 5.5 million in the comparable period the previous year. The company had achieved net profits of EGP 5.9million in 2011, distributing them among two rounds of stock coupons with a value of EGP 2 each.

El-Ahram’s capital is valued at EGP 26 million distributed among 2.6 million shares with a nominal value of EGP 10 each. The company’s shares are currently trading at EGP 11.25.

The Delta Company for Printing and Packaging’s unaudited statements showed net profits of EGP 7.6 million in the first half of 2012, as opposed to EGP 7.5 million in the same period of 2011. The company’s stocks’ share of profits rose to EGP 2.45 per share, compared to EGP 2.43.

Abdel Wahed noted that the Delta Company did not see sales increase at the same rate as El-Ahram. Delta’s sales increased by 10%, reaching EGP 38.7 million, compared to EGP 35 million in the first half of 2011. The company’s retained earnings increased from EGP 0.53 million to EGP 13.1 million.

The company’s capital equalled EGP 28million distributed among 2.8 million shares with a nominal value of EGP 10 each. Delta’s shares are currently trading at EGP 25.47.

Abdel Wahed noted that Delta exports a number of its products to Arab countries such as Saudi Arabia and Morocco and that it is working to increase exports. El-Ahram sells all of its products in the domestic market.

He pointed out that Delta is currently implementing a plan to restructure its production lines, as well as increase production capacity. The plan should be complete before the end of the current year.

He added that despite the two companies being separate entities, they have the same board of directors.