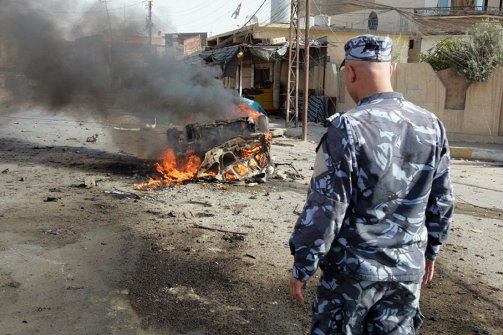 Six people were killed and 21wounded in bombings in Iraq on Sunday, according to AFP.  A car bomb detonated in a market in the town of Al-Muqdadiyah, killing four and wounding 13.

In Fallujah, a roadside bomb injured four people, while a second car bomb killed two policemen west of the city. A “sticky bomb” wounded a major of the Oil Protection Force and police found the body of a border guard in the northern city of Kirkuk.

An escalation of violence in Iraq comes with a renewed effort by Iraqi Al-Qaeda forces to energize its presence in the Anbar province. Based on figures reported by AFP from Iraqi officials, at least 282 people were killed in Iraq in June.