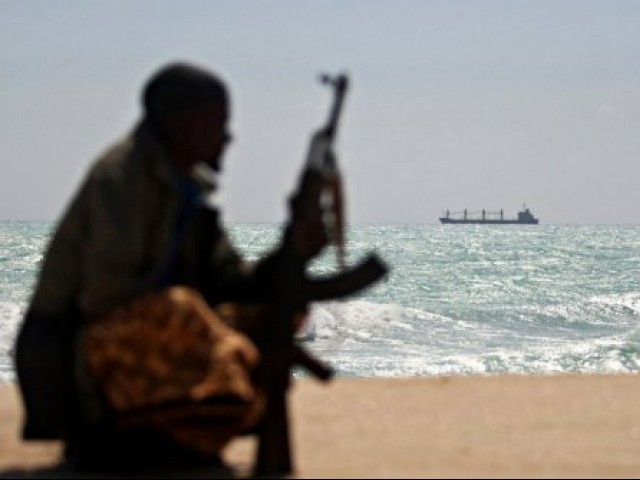 The state-run Fars News Agency quoted General Mohammad Nazzeri, of Iran’s navy as claiming, “the pirates of the Gulf of Aden are simple fishers but their sponsors and main leaders are Sheikhs of the United Arab Emirates, Yemen and Saudi Arabia. They provide the Somalis with money, weapons and equipment.”

The claim seemed strange to Jay Bahadur, author of the book The Pirates of Somalia, who said, “what reason would these littoral Arab states have for sabotaging shipping going through their backyard?”

While the three accused states might not have serious interests in combating piracy, they may host elements that collude with the Somali pirates, those familiar with Somali piracy said.

“’Supporting’ is probably too strong a word. Connections and involvement by citizens of those countries? Yes,” said Peter Eichstaedt, a journalist who has lived and worked in east Africa. “I spoke with pirates and former pirates, and others have documented this as well, who say that Dubai acts as a hub for much of the pirate financial activity. Ransom money is moved in and out of Dubai. Once pirates collect their ransom, fleets of Toyota Land Cruisers are purchased in Dubai, along with other sorts of high-demand items.”

Yemen, said Eichstaedt, may play a contributing role because of its proximity. He says said because of its location across the Gulf of Aden from Somalia, Yemen ends up hosting a lot of clandestine activity. Yemen is also facing acute degradation to its state institutions, which could further incentivise those who operate outside the law to use it as a base.

However, there seems to be no evidence that Yemen formally supports piracy. “Saudi connections are hard to pinpoint,” said Eichstaedt. “Saudi extremists may be supporting the Al Shabab fundamentalist fighters in southern Somalia. The Saudi connections could involve Somalia pirates used to transport weapons and personnel into and out of Somali to support the Al Shabab cause.

“The UAE has invested more than most in combating piracy,” said Bahadur.

Al-Musharrakh pointed out that in addition to diplomatic efforts such as the conference, the Emirates have contributed money and resources to the cause, as well as raiding a pirate-controlled ship in 2011. He recommends the formation of a Gulf Cooperation Council anti-piracy military force that would patrol the waters around the region.

The Iranian accusations came United Nations report on Somalia was leaked recently, claiming pirates were being shielded from prosecution by a number of high-level Somali officials.

The report specifically cited President Sharif Sheikh Ahmed, who heads the Transitional Federal Government, as being a party to the protection of pirates.

The report notes with 237 incidents, 2011 saw the highest-ever level of Somali pirate activity. The report also stated that piracy, specifically in the Gulf of Aden, has steadily decreased.

However, piracy in the Gulf of Aden continues to capture the world’s attention because it occurs in a pivotal energy thoroughfare that connects the Arabian Sea to the Red Sea and Suez Canal.