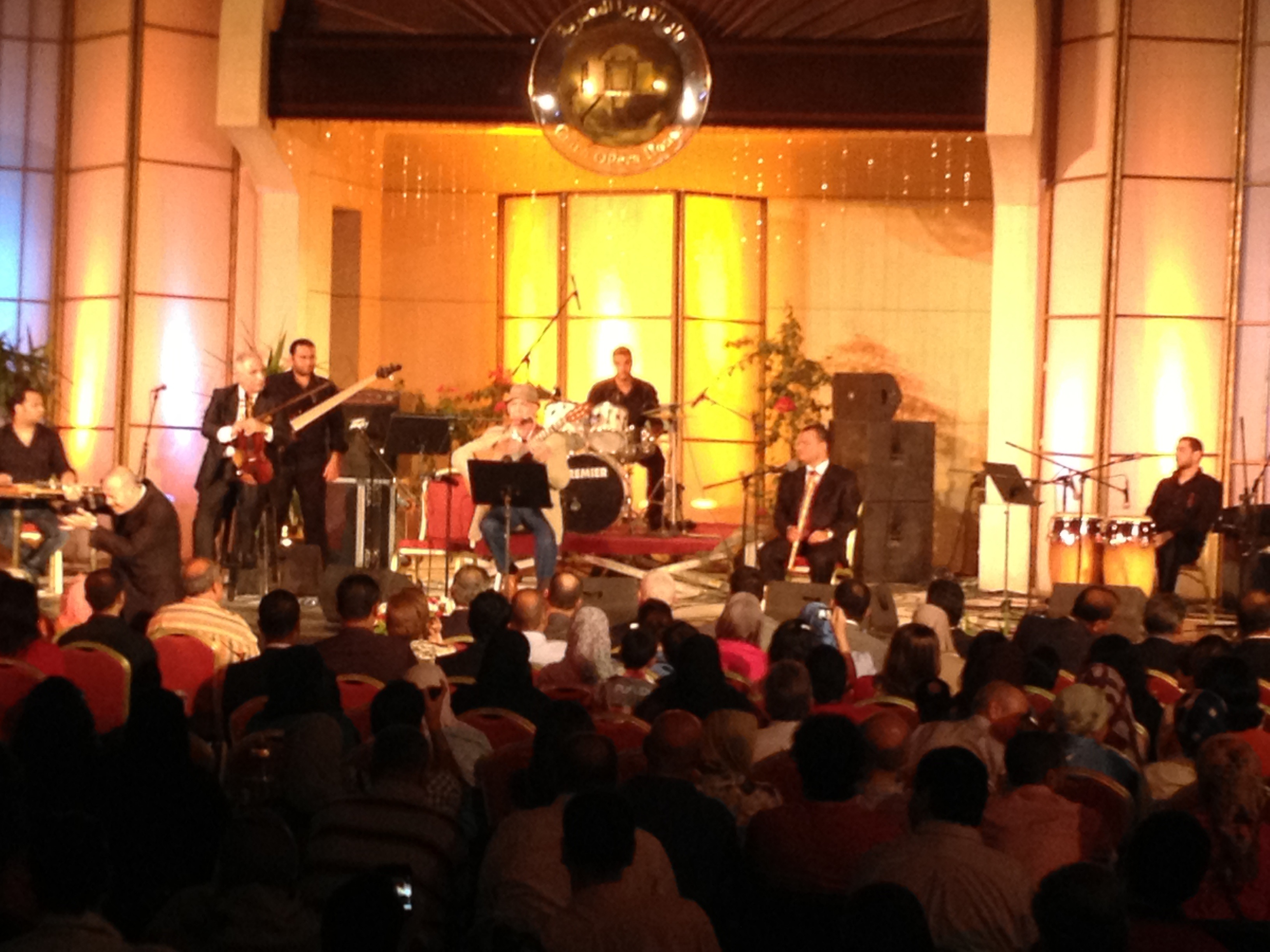 On Sunday, the Cairo Opera House began its Ramadanaya series. In cooperation with the Ministry of Culture, the Cairo Opera House has assembled a wide range of artistic talent that will charm and engage those looking for post-Iftar Ramadan entertainment. The well-known Iraqi musician and composer, Ilham Al-Madfai, and the Mashrabeyat Band launched the first installment of the Ramadanaya series with an energetic and enthusiastic live performance.

After Egyptian dignitaries and officials from the Iraqi Embassy filed in, the band played beautiful renditions of both the Egyptian and Iraqi national anthems on the violin. All attending then warmly greeted Madfai as he took the stage.

Greeting all those who had come for Ramadan entertainment on a warm but breezy evening in the Cairo Opera’s open-roofed Small Hall, Madfai and the Mashrabeyat Band proceeded to engage the audience in a highly entertaining performance. The eight-man band played a number of wildly popular songs, as the packed theatre clapped and sang the words with the Iraqi music legend.

As the energy picked up, many spectators rose from their chairs, joined arms, and danced dabke down the centre aisle and in front of the stage. For the Iraqi portion of the audience, the concert and Madfai’s performance were sources of pride. For many of the other spectators, it was a highly entertaining night and a unique opportunity to take part in a Ramadan celebration Iraqi-style.

The Cairo Opera’s Small Hall, the venue that hosted the event, will continue to bring in acts from all over the Arab and Muslim world for the Ramadanya series. During the coming two weeks the Small Hall will host Turkish, Sudanese, Pakistani, Indonesian, Yemeni, Moroccan, Tunisian and Palestinian-themed nights. All of these events offer promising opportunities to experience music, art and other cultural aspects from all over the world.

The Cairo Opera House’s Ramadanaya series will include events in its Open Air Theater and its branches in Alexandria and Damanhour. While some of the artists will visit all the venues, each location will also host unique performances.

Ramadanaya is a great opportunity for those looking to expand their cultural horizons and appreciate the wide variety of culture offered by various countries that are celebrating the holy month of Ramadan.