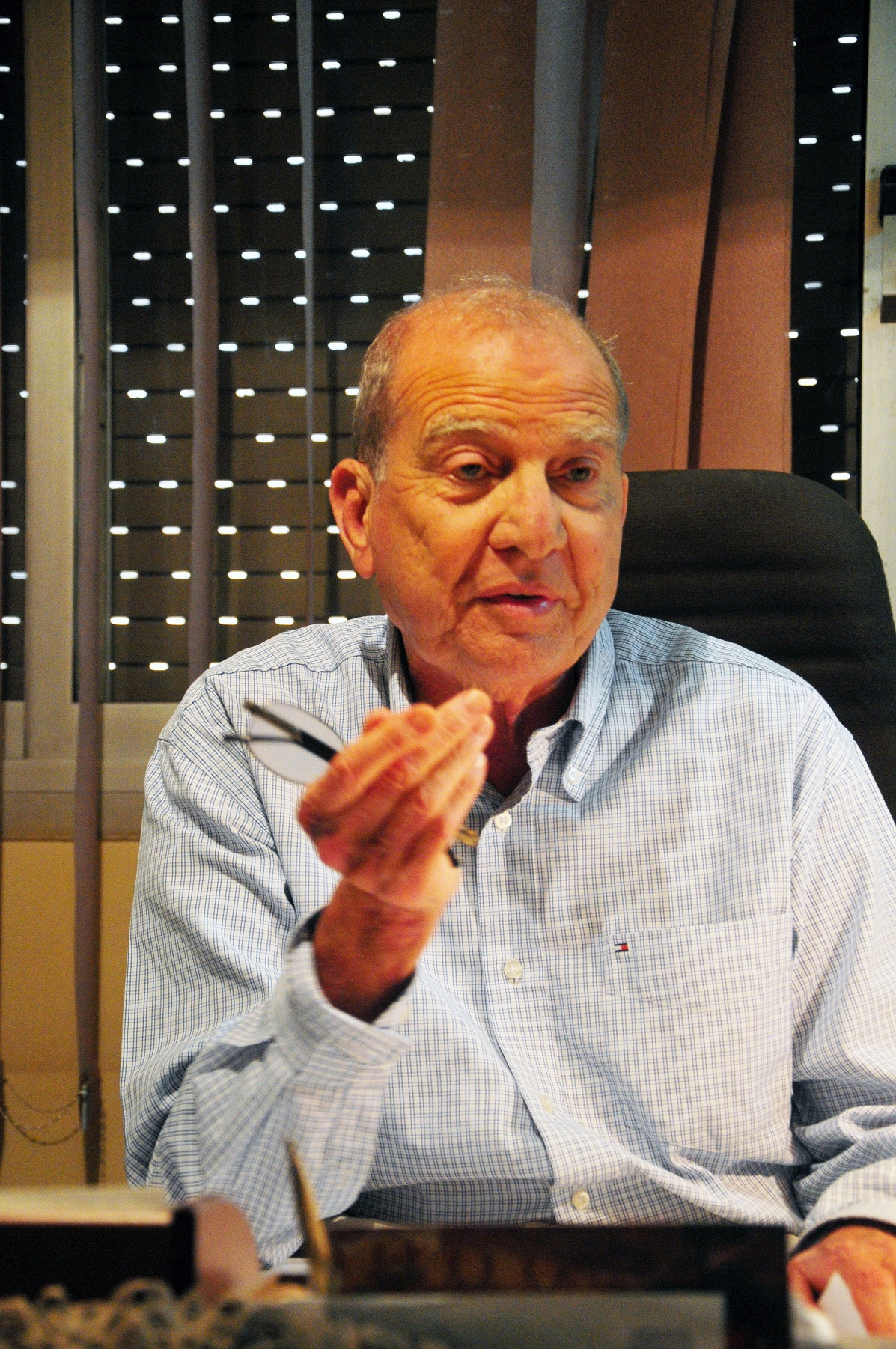 As a prominent member of the Constitution Drafting Committee, what do you predict for the future of this assembly in light of the forthcoming Administrative Court ruling in September?

It is hard to predict the outcome of the court ruling. The Constitution Drafting Committee members are exerting tremendous efforts. Although the makeup of the committee is unbalanced with Islamists over-represented (contrary to initial agreements), I see that the chairman of the committee is a very respected person, and there are lots of decent representatives as well. The Muslim Brotherhood, although unreliable, have been so far taking a good stance against many of the discussed subjects. They are capable of silencing the salafists and convincing them to change their opinions regarding various fields.

Can you provide an example of the Muslim Brotherhood’s positive stance against discussed controversial subjects?

For instance, considering the heated debate around the second clause, the salafists were staunchly determined to include the term ‘provisions’ of Islamic Shari’a. They even reiterated their attempt by the inclusion of the term ‘Islamic Shari’a’ as the principal source of legislation. However, at the end, the consensus of everyone was to keep the current wording, stipulating the ‘principles’ of Islamic Shari’a.

What is your evaluation of the current formation of the Constitutional Drafting Committee?

The current formation is inadequate for sure, since it does not sufficiently represent all sectors of society, including Copts, women, and youth.  Most national powers [for example secularists, youth movements etcetera] are either not represented or have already withdrawn from the committee. The only positive observation is the presence of some respectable persons in the committee, who are balancing out the picture.

Regarding the Egyptian Social Democratic Party, what were the circumstances in which three of the party’s youth members were detained?

Those members were carrying out a programme in the eastern part of Cairo to raise awareness of the constitution issue. Part of their daily job was to circulate printed material and to organise public discussions on the importance of the constitution and the circumstances around the current crisis. When they approached the Rabaa Al-Adawiya Mosque, half a kilometre from the private residence of the Head of Military Police, Hamdi Badin, an unknown group headed towards Badin’s house and started hurling insults at his wife, before disappearing. By the time the Military Police were called and arrived on the scene, the culprits had already gone, so they basically attempted to round up anyone in the vicinity. When they found our activists canvassing, they arrested them.

Later investigations showed those activists had nothing to do with the incident. Those persons then had to endure four nights in custody. During this period of detainment, the party was exerting pressure on the Supreme Council of Armed Forces (SCAF), threatening to escalate the issue through a series of daily press conferences in Egypt and abroad until the release of the detainees. We also held a conference in the Syndicate of Journalists and a sit-in in front of the Presidential Palace until the activists were released.

What is the stance of your party regarding the appointment of Hesham Qandil as Egypt’s new Prime Minister?

We are not participating in this government. When one of our party leaders, Dr Ziad Ahmed Bahaa Al-Din, was offered a cabinet position as Minister of Investment, he turned it down. He did so because he saw that this government neither represents his ideas nor can it offer him any benefit. The general line of the party is towards offering more room to the Muslim Brotherhood to operate. They represent the majority party, and the president is among them, so they deserve the freedom to properly function and show us some results. While we are not intending to take part in the current cabinet, we are not entering a fight with the Muslim Brotherhood. If they show some good results we will laud their efforts, and if they fail we shall correct them.

What are the plans of your party following the parliament dissolution?

There are two main things. First, we will attempt to ally ourselves with other civil-state parties. This includes the Free Egyptians, the Popular Alliance, Al-Dostour when it is formed, and Al-Adl.

Are there any prospects for cooperation between parties that have been newly-founded by some of the ex-presidential candidates, such as the Strong Egypt party and its founder Abdel-Moniem Aboul-Fotouh?

Nevertheless, others – as many as one million, including myself – voided their ballot paper. They could have easily been the decisive factor in the run-off had they chosen to support either of the two candidates. The civil current in Egypt is large, but lacks representation due to its poor organisation. Normal people in Egypt are advocates of the civil state, and are religious by nature, but not politicised.

What about the party’s representation in the dissolved parliament?

It was the largest represented party following traditional parties. The Muslim Brotherhood have been around for 80 years, and the salafist movement dates back 150 years, even Al-Wafd Party was founded in 1923. We came after those parties with 23 seats, and as such we consider ourselves first among parties born of the revolution.

Have you gained anything from your bond under the Egyptian Bloc?

We suffered in several respects, but overall, the positives outweighed the negatives. We are currently looking at repeating this alliance with the Egyptian Bloc in the coming elections.