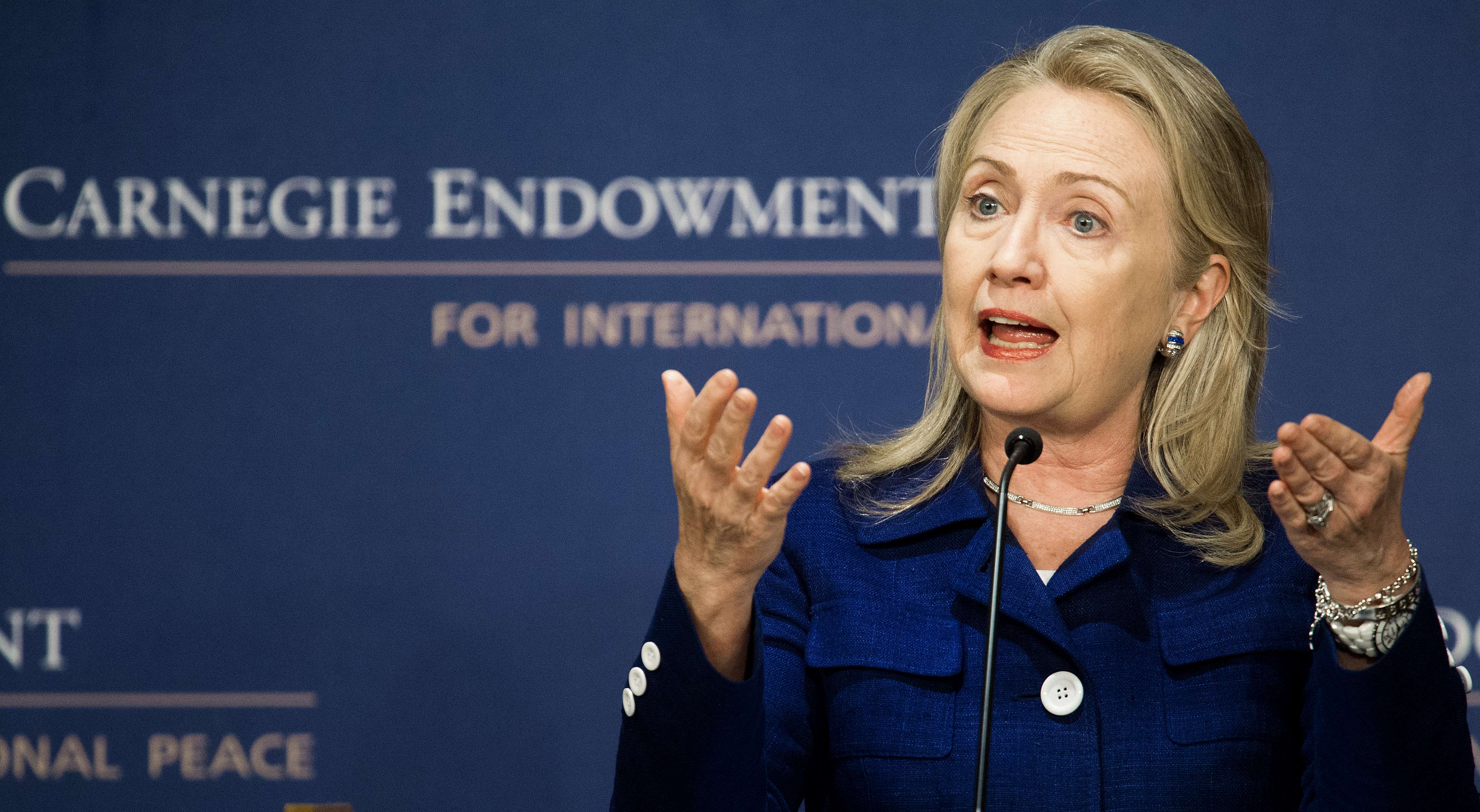 Amid a myriad of sectarian tensions in the country, statements issued by the United States Secretary of State Hilary Clinton regarding religious freedom in Egypt are causing controversial reactions.

“Clinton’s statements are both incorrect and out of context,” Mahmoud Ghozlan, spokesperson for the Muslim Brotherhood, said. “Non-Muslims in Egypt receive equal rights to Muslims in terms of freedom of worship and public freedoms.”

Clinton at a Monday meeting of the Carnegie Endowment for International Peace said the United States is concerned with a rise in religious discrimination in Egypt in the wake of Islamist President Mohamed Morsy’s ascension to power and media reports of sectarian violence and discrimination.

The statements came right after the United States State Department issued its annual report on religious freedom in which it expressed concerns at the situation of religious minorities in Arab countries, especially those transitioning after the Arab Spring.

“It is unacceptable for any state to interfere in the internal affairs of another state,” Ahmad Khairy, official spokesperson of the Free Egyptians Party, said. “If it had been an international community intervention, nobody would have minded.”

Nevertheless, Khairy was careful to differentiate between disputing the premise of Clinton’s statement and admitting to the truth in the United States’ annual report.

“There is definitely a huge decline in the exercise of religious freedoms in Egypt since the 2011 January uprising,” Khairy said. “The problem lies within our need of a cultural therapy to the sectarian strife issues we undergo.”

Khairy used the latest clashes in Dahshour as an example, where clashes began on Thursday after a Christian makwagi (launderer) burnt the shirt of a Muslim client. The feud soon erupted to heavy fighting between both parties’ families, involving Molotov cocktails, and burning in the process a Muslim citizen who wasn’t concerned with the fight; Mo’ath Mohamed.

Mohamed died on Tuesday due to his wounds. Many Coptic families began fleeing the village in fear of retaliation after some Coptic houses were burned – including that of the launderer – and Muslim extremists tried to break into the Mary Girgis church in Dahshour.

“Instead of resorting to custom gatherings, the rule of law must be applied when attempting to solve sectarian crises,” Khairy said, critical of the norm of resolving such crises through community dialogues with no recourse to legal punishments.

Ex-parliamentarian, who was a representative in the Peoples’ Assembly, Mohamed Abu Hamed also denounced Clinton’s statements, adding that “the Dahshour clashes could be the thread the States uses to interfere in Egypt’s internal affairs.”

“The attacks are indication of the absence of the state and proof of the continuation of Islamic extremism and discrimination against Copts,” Gabriel said, adding that his organisation has observed over 12 incidents of discriminating against Copts in the first 10 days of Ramadan.

“Such incidents have definitely increased since the uprising, and especially since President Mohamed Morsy succeeded to power.”

Accordingly, Gabriel told the Daily News Egypt that even though the report seems to contradict with United States’ policies towards Egypt, in as much as they have thus far supported the Muslim Brotherhood and praised the democratic process in Egypt.

Gabriel also agreed with the contents of the report.

“Religious freedoms in Egypt have not changed to the better after the uprising,” he said. “Better yet, they’re actually worse off than they were before. Morsy’s government is incapable of protecting Copts or including them within the national scene.”

Gabriel cited the constituent assembly’s religious characteristic as reason for his statement.

The assembly came under fire from several religious and rights advocates due to a proposed amendment to article two, which only grants worshippers of the three heavenly religions – Islam, Christianity and Judaism – to practice their religions openly.

“This is only normal,” Ghozlan said, advocating the new amendment of the article. “We don’t want to have new sects like the fire worshippers to start exercising their beliefs in a way which goes against general order and threatens national security.”

Whereas, Ghozlan said the amendment would still grant Shias the right to practice their beliefs openly “as long as they don’t strive for Shia expansion.”