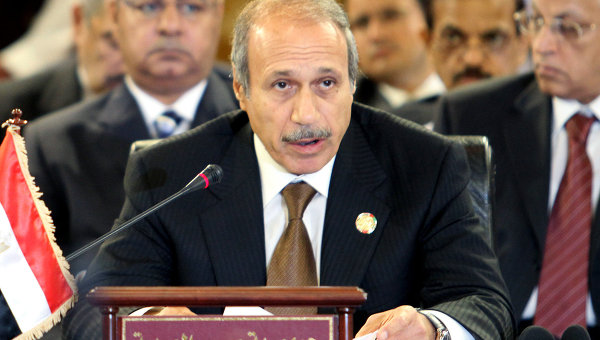 Former Minister of the Interior Habib El Adly is appealing the 25 year prison sentence he was given on June 2 for the complicity for the killing of protesters during the 2011 revolution.

The appeal will be heard at the Court of Cessation.

El Batawy is appealing El Adly’s sentence based on various procedural flaws, including failure by the court to show causation and flawed reasoning, arguing that a person should only be punished based on definitive evidence. Last month El Batawy had said that he will be filing for appeal on behalf of El Adly, said state-run Egynews.

Mohamed Abdul Aziz, an attorney with the El Nadeem Center for Rehabilitation of Victims of Violence, told the Daily News Egypt that these reasons are commonly given by any lawyer filing for appeal.

“Whether or not the [reasons] are real will be decided upon by the court,” said Abdul Aziz.

The appeal was reportedly submitted only a few days before the deadline for submission, according to the state newspaper Al Ahram. They reported that a similar move is also expected from Mubarak’s lawyer, Farid El Deeb.
“I expect El Adly’s case to be dismissed,” said Abdul Aziz, who believes that El Adly has the indirect responsibility for the killings during the 2011 revolution.

Abdul Aziz also believes that in a meeting El Adly attended before Friday 28 January 2011, known as the “Friday of Rage,” El Adly had knowledge of the protester shootings but did not say anything about them. Abdul Aziz says that he obtained this information from a police officer who both attended the meeting and spoke about it in his testimony.

El Batawy requested the sentence suspended, pending the final decision on the case. He also demanded the revocation of the sentencing and a ruling stating that El Adly is innocent. If this is not granted, he will request the trial takes place in a different district of the Cairo Criminal Court, according to Al Ahram.

Mubarak was given the same 25 year sentence as El Adly. Al Masry Al Youm reported that the testimonies of the late Omar Suleiman, former vice president and spy-chief of Egypt and Field Marshall Mohamed Hussein Tantawi prove that former President Hosni Mubarak was aware of the developments before and during the demonstrations during the 2011 Revolution.