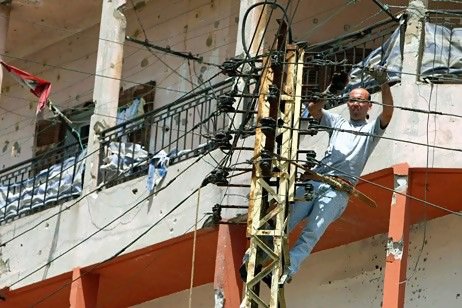 Power cuts throughout Lebanon have remarkably increased since Monday, with several sections of the capital Beirut suffering from a partial blackout after a labor strike by the national electricity company, Electricity of Lebanon (EDL).

The EDL said in a statement quoted by AFP on Monday that it will have to close its doors owing to the “occupation of its headquarters by day labourers,” adding that this occupation would result in an electricity blackout.

The striking labourers in turn reiterated EDL’s statement, saying that a blackout would be a purposeful act committed by EDL, due to the availability of other control centres for the EDL to use while the strike is ongoing.

The strike is calling for having the labourers receive their tenures, a demand which has been submitted for years by EDL labourers to no avail.