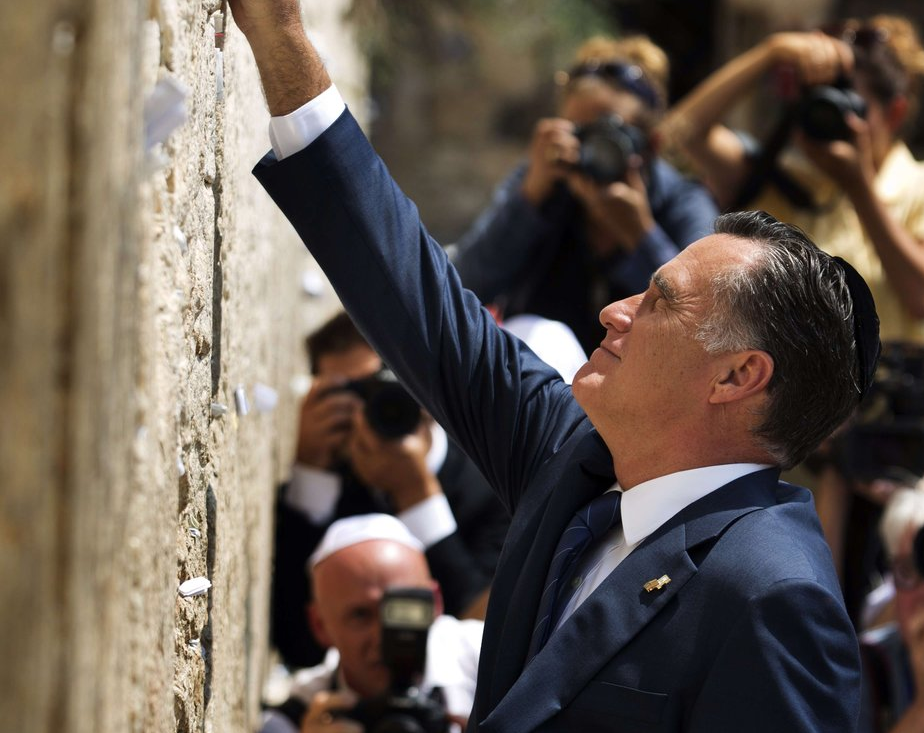 Statements made by United States presidential hopeful Mitt Romney during his visit to Israel earlier this week have caused controversy worldwide.

In a speech at a fundraising event in Israel Monday, Romney explained the relative economic wealth of Israel in comparison with Palestine as being attributable to “cultural differences.”

“If you could learn anything from the economic history of the world it’s this: Culture makes all the difference,” he said.

In a speech on Sunday Romney referred to Jerusalem as the capital of Israel, saying if he was elected he would consider moving the embassy there. Both the Palestinians and the Israelis lay claim to the city as their capital, although the United States maintains its embassy in Tel Aviv.

Reuters quoted Chief Palestinian negotiator Saeb Erekat as accusing Romney of undermining peace in the region with his statements and staunch support for Israel. Erekat called Romney’s behaviour “absolutely unacceptable,” saying that such statements only serve to promote aggression and occupation.

Romney’s visited Israel after a visit to Britain and then to continued to Poland as he prepares for the United States presidential elections.