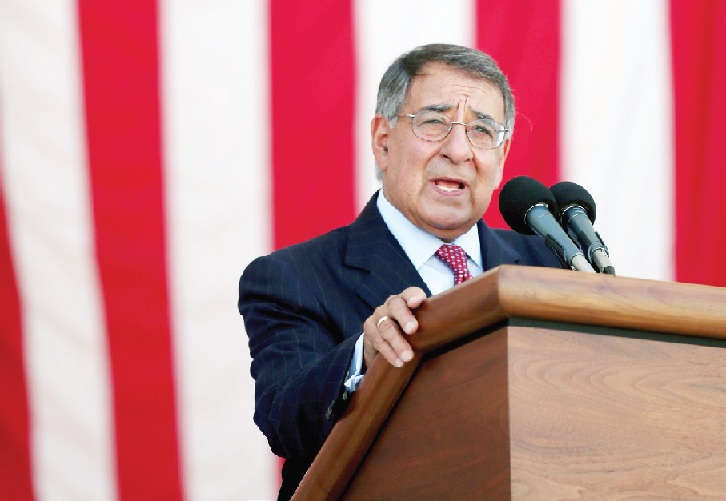 United States Secretary of Defence Leon Panetta arrived early Tuesday in Egypt to meet with President Mohamed Morsy and Field Marshal Tantawi amid security concerns by other top-level United States officials and a tug-of-war between civilian and military control of the government.

Panetta has arrived amidst a host of pressing issues that might place the delicate US-Egyptian relationship at risk if not properly handled. Here for a day, Panetta had meetings with President Morsy and Field Marshal Tantawi. The military and Morsy have been vying for control of the country since Morsy’s appointment, and the visit could potentially tip the balance one way or the other.

“I’ve maintained very close contact with Field Marshal Tantawi. My message has been consistent. We strongly support an orderly, peaceful, legitimate transition to a democratic system of government,” said Panetta aboard his airplane to reporters. Following this
visit British Foreign Secretary William Hague is set to arrive later this week.

The meeting with Tantawi is the latest in the Field Marshal’s long history of amicable relations with the US as evidenced by his meetings with both Secretary of State Hillary Clinton and Commander of the US Central Command James Mattis in the past month. The Department of Defence in coordination with the Pentagon, oversees the close military links between Egypt and the US.

Panetta’s meeting with Morsy is not as clear-cut. On the one hand, the US had strong ties to the previous regime under Mubarak, against whom Morsy and the other candidates promised swift justice. In addition, wariness over an Islamist-dominated government
will not subside until the new cabinet is announced Thursday. On the other hand, Clinton’s recent visit to Egypt and meetings with Morsy seemed to bode well, with Morsy earning an invite to the White House next September.

“The secretary is very much looking forward to meeting with senior Egyptian officials and to encourage them to continue the political transition that’s taking place,” said Pentagon spokesman George Little.

It is still unknown how the public will react to Panetta’s visit, following the unpleasantness that characterised Secretary of State Clinton’s visit. Her motorcade was pelted with shoes, tomatoes and chants of “Monica! Monica!” referencing Monica Lewinsky, the
intern her husband Bill Clinton had an affair with years ago.

Besides Egypt, Panetta will travel to Israel, Jordan next week, the Pentagon said without disclosing the dates of each visit.

UK foreign policy regarding Egypt is similar to American foreign policy, as the country also fostered ties with the deposed Mubarak and was anxious to see Egypt maintain peace and stability with neighbouring Israel. However, the UK also has a marked interest in economic investment in Egypt as an emerging market.

“We want to continue to strengthen ties with Egypt across the board, from economics, to regional politics, to cultural relations, to discussions on security,” a spokesperson for the Foreign and Commonwealth Office told state-run newspaper, Al-Ahram.

Hague’s visit is set to pledge support for the chaotic democratic transition taking place as well as supporting Egypt’s struggling economic problems that have only increased since the fall of Mubarak’s regime.

The UK is one of the biggest investors in Egypt worldwide and the biggest in the EU. In 2010, 70 percent of foreign direct investment from the EU came from the UK.

“We are also encouraging British companies to remain committed to the Egyptian market, which helps create jobs and stimulate growth,” the FCO spokesperson said