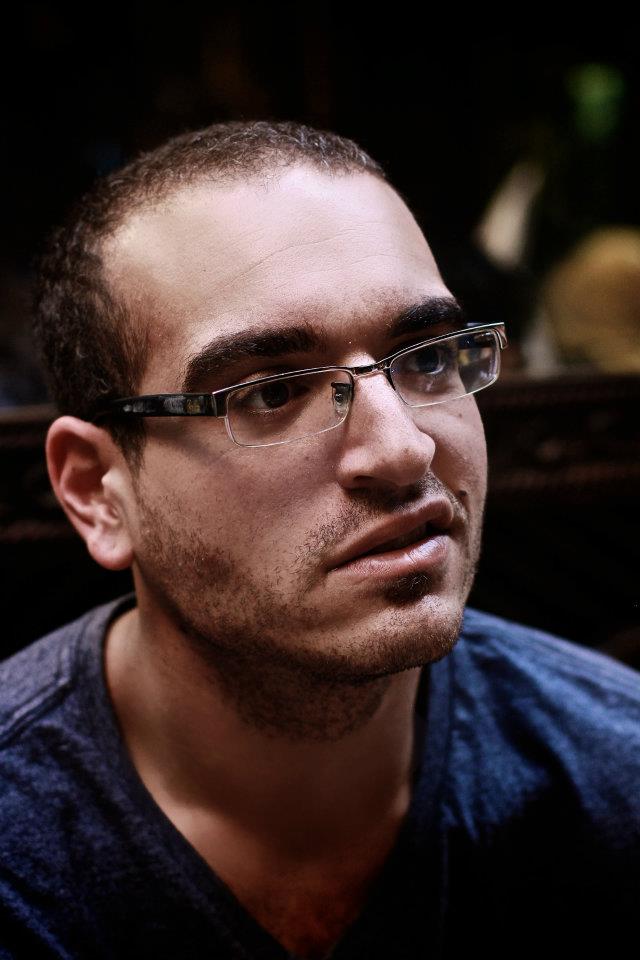 The man waltzed into the election commission office, grinning with two balloon-like orbs jutting from inside his mouth and mumbled a somewhat incomprehensible query.

Some green flecks spilling out of his mouth sprayed across my shirt. Unable to decipher the question at hand, I slowly reached for the laptop, and responded with the look of a boy who had just walked past the elephant enclosure at the zoo and inhaled a waft of elephant excrement, and said “I think the laptop’s stereo.”

He laughed. “You’re green,” he said and whipped out a plastic bag filled with reddish-tinted leaves, “I wash them in my wife’s pantyhose,” and shifted through branches using only his forefinger and thumb to ever-so slightly pinch leaves like a court reporter meticulously typing out 1000s of words a minute during court proceedings.

“Get some red drink,” he ordered, “you have to take a break, and this right here, is Hadramuti qat and its going to solve your problems.” Abdullah had been trying for weeks to pawn off his qat on me. I had been in Yemen for weeks, and it was time he said, and besides it was after working hours and this qat as going to solve a myriad of issues I may or may not have had.

Erectile dysfunction? Long-lasting sexual performance? Family troubles? Money issues? Taste buds under-performing? Headaches? Now, whether or not I would admit to these things in print is one question, and whether I in fact suffered from any of this litany of ailments is another matter that I’m sure another navel-gazer column of 800-words would be worthy enough for you to line your cat’s litter box with.

So in short, it’s neither here or there. I had never been approached by a “drug” dealer in such a nonchalant manner, and I used the word “drug” and to greater effect “dealer,” incredibly loosely. Forgive me, I once was propositioned at a urinal in Dallas by a busboy if I wanted to purchase half a joint mid-stream.

There I was, in an official government building, about to send my body through the cathinine, cathidine, and sugars, tannins, and vitamin C ringer that is chewing Qat. With a grasp of a few leaves I stuffed what must have been half a kilo (later to prove a fatal dose) deep into my cheek and attempted to proceed as normal.

Around 30 minutes into my ‘qat trip’ I had tweeted at least 38 times, about one tweet every minute, written two reports, and faxed about 17 documents to New York City. I also had the urge to open around five different YouTube tabs and watch music videos simultaneously. In short, I was high, and I was beginning to understand why half of the entire building would disappear around noon to 4 pm, only to return to “work,” and use the term loosely here again, clutching “red drink” and working cheek orbs like the rinse cycle on your washing machine.

I was always fascinated by the practice, I mean in the Arab World’s poorest nation, saddled by several wars without clear ‘enemies,’ men would spend $5 to $20 a day on plastic bags filled with the ripened, and not so ripened leaves of qat.

The bags dangled from Jambayas – traditional Yemeni daggers – strapped to waist belts. The bags hung out of windows, the desert air used as a makeshift blow dryer, presumably to dry the leaves after washing. The bags were slung out of car trunks, generally with men resting comfortably inside the car’s rear, slouching about in a trunk like a beach-goer would lounge on the sand.

Qat is a serious problem and it requires serious solutions, anti-qat protest campaigns have targeted government buildings, qat farms and a number of cities with campaigns to kick the habit. This is not a rural problem, this not a city problem, it is a Yemen problem, and it is only exacerbated by water issues and food scarcity issues that are seemingly always blamed on qat, its growth, and its usage.

It’s easy to blame Yemenis for the issue, and disregard the long history of its usage and its benefits to the social fabric of the country, disregarding academic articles in favour of regulation that would allow the government to benefit from the taxation of the plant.

The problem lies in the question ‘mono or stereo?’

Often times journalists, aid groups, and foreigners are quick to denounce, sideline and point out ‘absurdity’ of the practice without actually listening to why the Yemeni public has a penchant for the plant, very ‘mono.’

“So, you’re mono?” Abdullah noted poking at my one cheek.

There it was, and all this time I thought it was some strange sexual reference. I grasped another 20 leaves, and quickly doubled up, and squeezed out “nope, I’m stereo,” as bits and chunks of leaves flew out of my mouth.

Then, muffled behind a thick bunch of leaves stuffed in both cheeks, “can you hear better in stereo?”

“You’re in Yemen,” Abdullah said, “nobody hears you.”