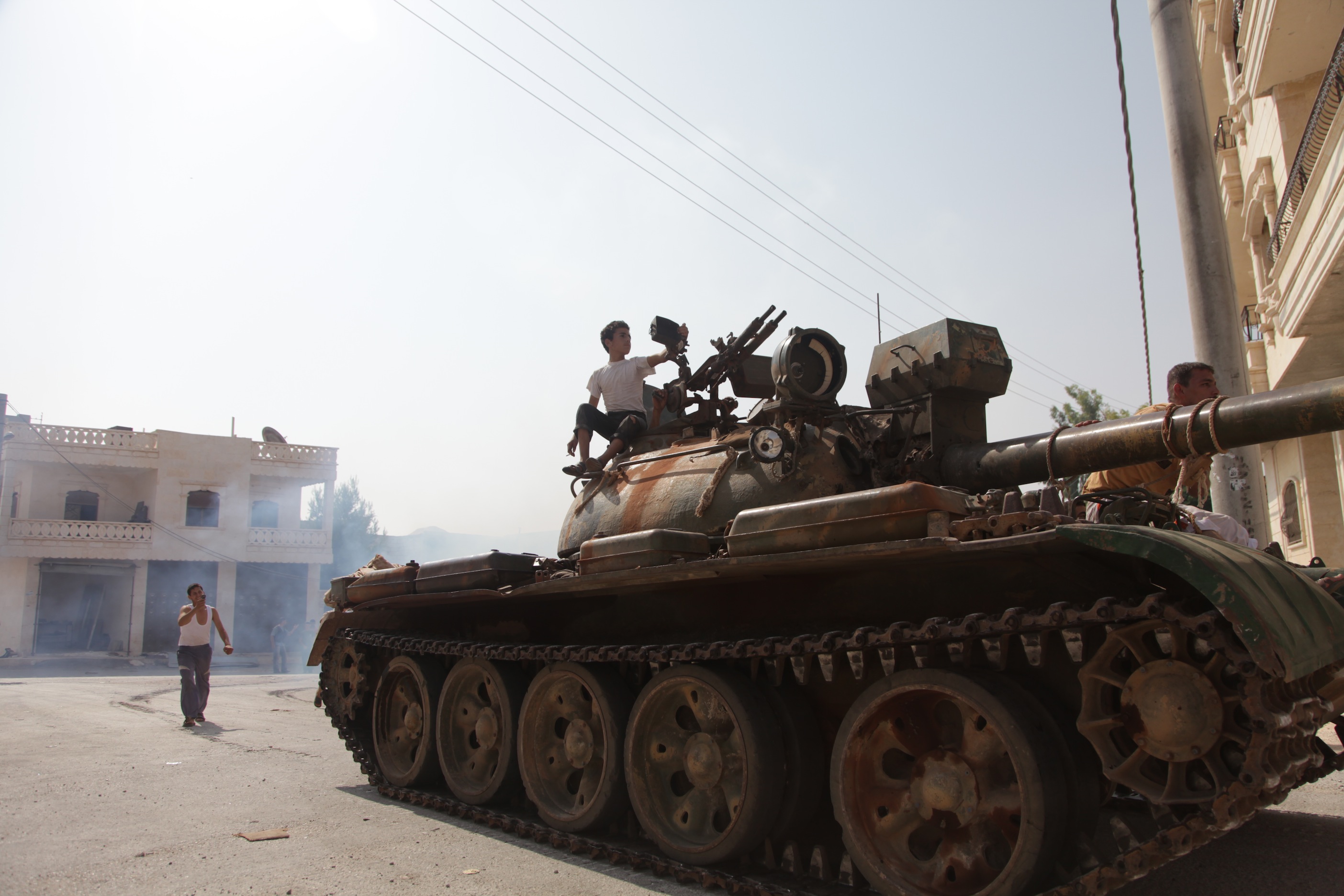 Syrian armed opposition in Aleppo shelled a military airbase on Thursday using tanks they had earlier captured from the government.

The Menakh airbase, which lies 35 Kilometers north of Aleppo, was used by Syrian President Bashar Al-Assad’s forces to attack the town of Tel Rifaat with artillery and rocket launchers, according to the Syrian Observatory for Human Rights.

The United Nations observer mission in Syria told Bloomberg News that the Syrian armed opposition in Aleppo are in possession of government tanks, though the spokesperson of the mission added to Bloomberg they “don’t have reports they (the tanks) have been used.”

Nevertheless, the Syrian oppostion’s activities in fighting Al-Assad’s forces are causing controversy. An amateur video posted online showed armed rebels executing prisoners believed to have been among Assad’s militias. The graphic video showing the rebels cornering prisoners against the wall and shooting them half naked has been widely-criticised. BBC news said the Syrian National Council – the biggest Syrian opposition group – was critical of the rebels’ activities, confirming statements made by Human Rights Watch calling the attacks a possible “war crime.”

“Bloody reprisal of the opposition forces over the government supporters in Aleppo proves that human rights are violated by both sides,” Gennady Gatilov, Deputy Minister of Foreign Affairs of Russia, said through his Twitter account.

Whereas in Damascus, the tables turned once again with momentum shifting to Al-Assad’s forces, who have retaken many districts of the city, which were under rebel control. Pro-government forces raided houses of a suburb in Damascus on Wednesday, committing summary executions on some of the residents of the raided homes. BBC news service said almost 70 opposition members were killed in the latest raid. Reuters reported that residents and activist organisations, were putting the death toll of Wednesday’s raid at 35 casualties at least.