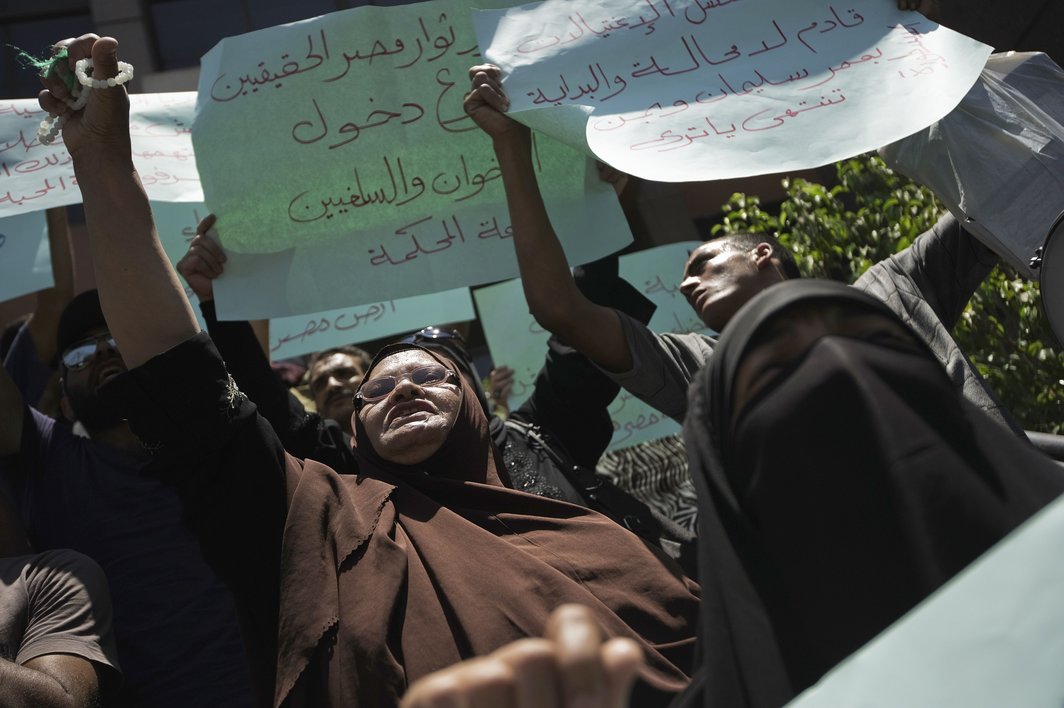 The Freedom and Justice party (FJP) is filing a report to the Public Prosecutor, over the burning of two of its headquarters on Friday.

“The burning of the headquarters was perfectly timed with calls launched by Mohamed Abu Hamed, Tawfik Okasha and Mostafa Bakry on Facebook pages, urging people to burn down the Brotherhood’s headquarters,” Aly Khafagy, FJP’s secretariat in Giza, said.

Khafagy requested the public prosecutor arrest Abu Hamed, Okasha, and Bakry for inciting people to burn down the headquarters of the FJP and the Muslim Brotherhood, according to the FJP’s Facebook page.

The two FJP headquarters in Meet ‘Okba and Haram were set alight almost simultaneously at around 4:30 am on Friday.

“We have already reported the burning of the Meet ‘Okba headquarter at the Agouza police station,” Khafagy said. “We haven’t accused anybody though because we preferred to be positive about our accusation first by collecting enough proof first.”

Khafagy denied circulating rumours about the FJP headquarter in Suez being burned down as well.

Abu Hamed released a statement Friday night refuting the accusations, saying his calls were for peaceful revolts using legitimate and constitutional tools of expression against the Muslim Brotherhood.

A former Member of Parliament, Abu Hamed is calling for an uprising against the Muslim Brotherhood. However, he denies that his planned uprising will adopt violent means.

“This is a peaceful revolution,” Abu Hamed told the Daily News Egypt. “The Muslim Brotherhood is circulating rumours that would make it seem otherwise because they want to tarnish its image.”

“I have built this revolution on the same basis upon which the January 25th uprising was built.”

He hopes to inspire demonstrations in front of the presidential palace, calling for the dissolution of the Muslim Brotherhood and confiscation of its money by the state.

“The Muslim Brotherhood has already been dissolved by a court ruling back in the day,” Abu Hamed said. “We are calling for the application of that ruling.”

Abu Hamed is also calling for the dissolution of the current “sectarian” Constituent Assembly and replacing it with one which “truly represents the Egyptian people,” the resignation of Hesham Qandil’s government and the implementation of a “national unity government,” and the reopening of investigations into cases where Muslim Brotherhood figures were accused of crimes such as espionage and money laundering.