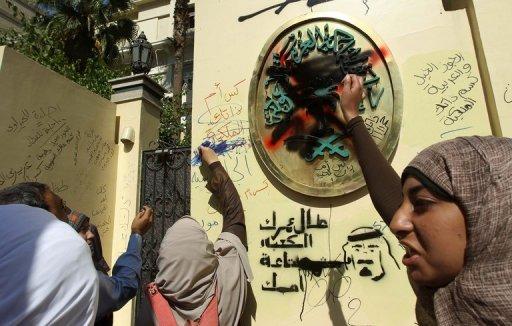 On Thursday the Saudi Embassy in Cairo released a press statement denying reports that royal pardons had been issued for 700 Egyptians detained in Saudi prisons.

Initial reports had stated that the Saudi Ambassador to Egypt, Ahmed Qattan, had announced the immediate release of 700 prisoners.

The press release stressed that, “The Ambassador firmly stated that he neither issued any press statements nor granted any interviews to the media, in relation to this matter, since the press conference that was held at the conclusion of President Morsy’s visit to the kingdom.”

In the press conference mentioned in the statement, Qattan confirmed on July 18 that the Kingdom of Saudi Arabia had planned on releasing Egyptian prisoners but did not specify a certain number. The announcement came after the ambassador’s first meeting with President Mohamed Morsy at the presidential palace.

The Saudi Embassy confirms an upcoming wave of royal pardons that usually coincide with the holy month of Ramadan, but has not disclosed the number of pardons to be issued, the breakdown of the nationalities of those to be pardoned, or the exact date for an announcement of any upcoming pardons.

The embassy also reiterated that Egyptian lawyer Ahmed Al-Gizawy will not be among those pardoned, as he is still awaiting trial.

Al-Gizawy and Islam Bakr both face drug smuggling charges. Their trial will resume on 4 September. Activists in Egypt have protested the ongoing trial on the basis that Al-Gizawy has been falsely accused due to his past history of criticising the KSA of poor treatment for Egyptian workers.

The KSA also refrains from issuing pardons to those convicted of specific crimes such as terrorism and some security offences.