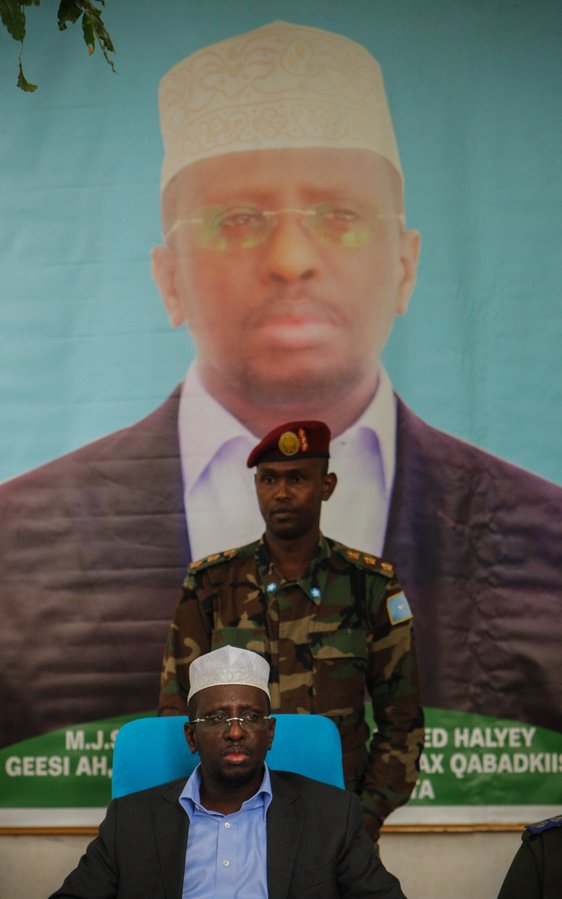 As suicide bombers were killed outside the assembly hall, Somalia’s leaders voted on a new constitution. The constitution is the newest in the Arab world and passed with 621 votes of the 645 members who attended the Constituent Assembly meeting.

One of the two suicide bombers who attacked the hall was shot by police, the other detonated his bomb before entering, wounding six Somali officers, Reuters reported. The violence marred the mood of the constitution’s passage and highlights the breadth of challenges the east African nation faces.

The new constitution promises broad freedoms, including freedom of all forms of expression, the freedom to assemble, protest, and form political parties, and the freedom of workers to unionise.

The constitution also enshrines Islam as the state religion and bans the “propagation” of any other religion in Somalia. Shari’a is to serve as as a guide to legislation and all laws must be “compliant with the general principals of Shari’a.”

In the shadow of the constitution’s actual text, are the daunting questions surrounding its implementation. The Transitional Federal Government (TFG), whose term is slated to end on 20 August, is theoretically relieved of its power with this document. However, the actual power of the TFG has been minimal throughout its existence. It remains to be seen if any new government can institute this new set of laws effectively.

Furthermore, current President Sharif Sheikh Ahmed is one of the candidates seeking to head the new government. This is despite a damning report leaked from the United Nations accusing him of obstructing the UN Monitoring Group’s work, assisting pirate leaders, participating in widespread corruption within the country’s finances, and exploiting the potential of state collapse to blackmail international donors into giving more aid.

The UN lauded the passage of the constitution. A spokesperson for UN Secretary-General Ban Ki-moon said the international body’s leader congratulated “the delegates and the Somali leadership for this historic achievement and their commitment to ending the transition and to establishing new, representative political institutions in the country.” The statement went on to say, “The adoption of the Provisional Constitution is not the end of the process; it is an important step towards the creation of a better future for all Somalis.”

The text goes out of its way to pledge equality for women. It says they must be involved in all government institutions, as well as be protected from discrimination and sexual abuse wherever they work.  Abortion is also allowed in instances where the health of the mother may be in danger.  Female circumcision is specifically outlawed and labeled  cruel and “tantamount to torture.” Forced marriage is also outlawed, as is marriage to anyone who has not “reached the age of maturity.”

The constitution also makes it illegal to deny someone emergency medical care, outlines an independent judiciary, and implements a commission to promote and protect human rights.

The gap between words and reality is perhaps most evident in the constitution’s exhaustive definition and guidelines of federalism. Overall, the constitution takes pains to reinforce the idea of a unified Somali republic. This unity has come under threat from various fronts. There are the al-Shabaab Islamist rebels trying to dismantle the state, as well as whole swaths of Somalia that want greater autonomy than the constitution appears to afford. The northern area of Somaliland already has its own constitution whose preamble specifically states the region’s independence.

On Friday, the website Somalia Report translated statements from a press conference given by Sheikh Mohamed Hassan Omar, an al-Shabaab member, who condemned the entire constitution-writing process as interfering with the law-making realm that should belong exclusively to God. “I want to confirm that anyone who took part in the devil and Christian constitution, especially those who attended the approval ceremony, al-Shabaab al-Mujahidin Movement judged them to be executed and will target them wherever they are,” said Sheikh Omar.