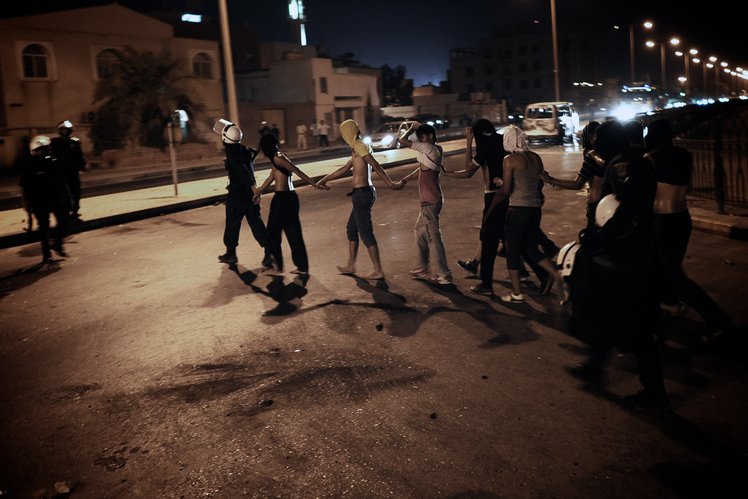 The United States Assistant Secretary of Democracy, Human Rights and Labour Michael Posner told a congressional hearing last week that Bahrain is wracked by deep divisions within its society, compounded by nightly, violent confrontations between police and protesters.

Posner and a host of US government officials along with Bahraini counterparts testified before a US congressional hearing on the implementation of the Bahrain Independent Commission of Inquiry Report, which set forth 28 recommendations for the government to ease tension within the country.

Posner noted the country is more stable, despite ‘nightly’ confrontations with police that will require ‘broad political dialogue.’ Posner lauded the Bahraini government for spearheading the report last November that specifically targeted the security apparatus within the country for operating a culture of “impunity” where there were few incentives for officers to avoid “mistreatment” of demonstrators and prisoners.

“It is not enough for the government to dictate solutions to problems with policing amidst ongoing reports of the abuse of tear gas, birdshot, and other disproportionate mechanisms to control crowds and silence peaceful protesters,” Posner said.

US Representative James P. McGovern said the US must discontinue its weapons sales and military support to the Gulf nation until there is forward progress on ending the political turmoil in the country. Currently, Bahrain is home to the US Navy’s Fifth Fleet, and participates with US counterterrorism operations in the Gulf.

Critics have noted that the report failed to name officials that could be held accountable for a number of human rights violations that are mentioned in its pages. McGovern named just a few of those violations during his testimony when he said authorities “systematically used excessive force, torture, forced confessions against protesters, unjustly prosecuted medical personnel who treated protesters; and fired many employees who sympathized with the opposition.”

Human rights organizations have strongly criticized the Bahraini government for its violent repression of protests, heavy use of tear gas, extrajudicial arrests and detentions, and clampdowns on freedom of speech during more than a year of protests targeting the government for reform. Bahraini officials have sought to paint the reform movement as sectarian tensions between the populations, which are fuelled by outside forces such as Iran.