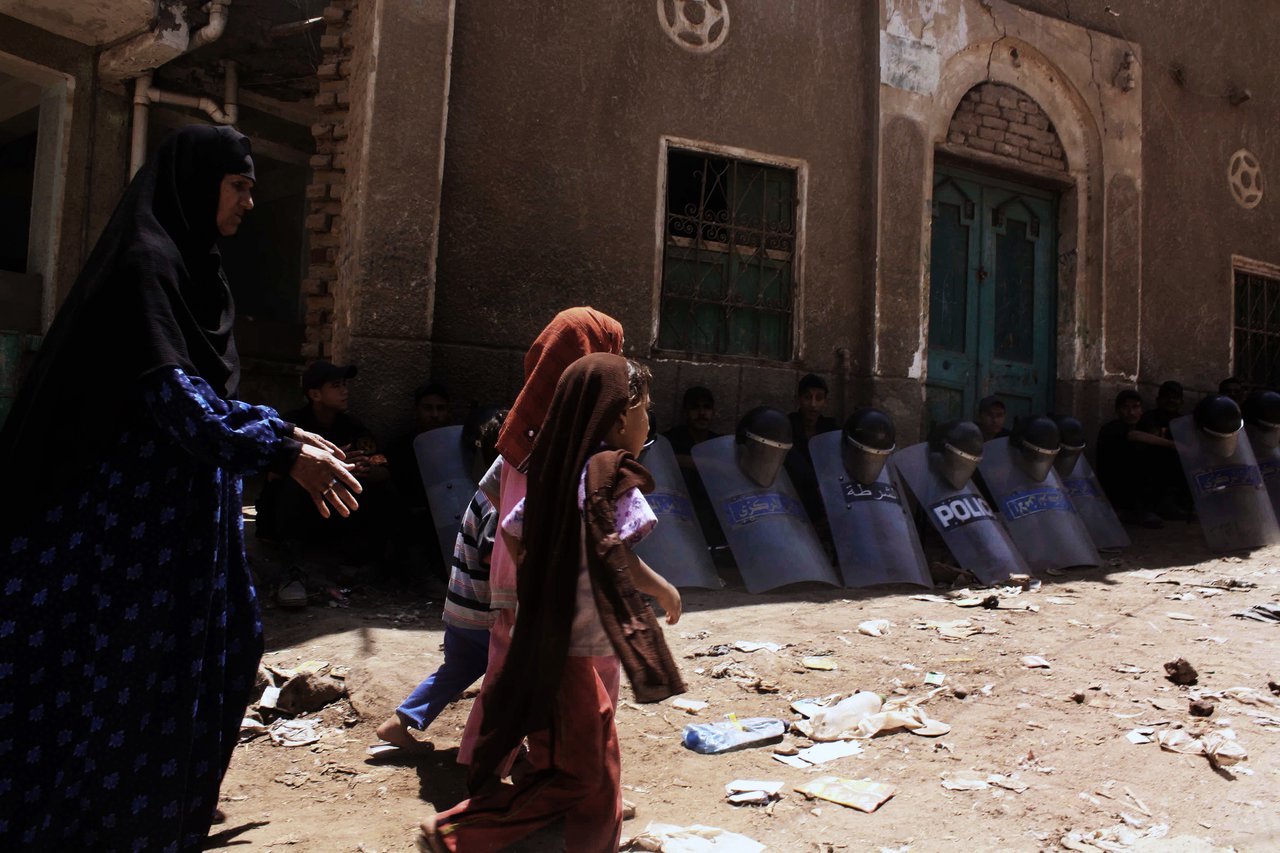 Recent violence in Dahshur, a city 30 kilometres south of Cairo, is being described as sectarian by the media, a label Egypt’s politicians and religious leaders are keen to avoid.

The clashes between Copts and Muslims began on 26 July after an argument arising after a Copt, a clothes-presser, apparently burned the shirt of his Muslim customer.

The tension erupted into violence, leading to a week of violent unrest that resulted in the death of one Muslim man, Moaz Mohamed Mohamed, on 1 August and left 16 injured.

The violence following Mohamed’s death led to many Coptic homes being burned, and community reports of attackers smashing local church windows and looting Copt-owned businesses in Dahshur. Over 120 Coptic families fled Dahshur during the violence.

Giza Governor Ali Abdel Rahman told the state-owned news source MENA on Thursday that Mohamed’s family will bring the case to the judiciary. According to Rahman, a special committee including both Muslim and Coptic figures will hold a reconciliation meeting attended by himself and the Head of Giza Security, Mahmoud Farouk, before the case goes to court.

The Coptic Diocese in Giza has released a statement asking for the police to end the violence by bringing the perpetrators to justice through the rule of law. Egypt’s Grand Mufti Ali Gomaa described the events to Al-Ahram as “painful” but he urged the media not to call the Copts’ exodus from Dahshur a “displacement” because he believed the Copts left their homes willingly.

The Secretary of the Freedom and Justice Party (FJP) in Giza, Amr Darrag, also criticised the media on the party’s website, saying that describing the Dahshur incident as a sectarian clash has amplified and distorted the reality of the situation. The problem, Darrag stressed, started between two Egyptians and is a problem that could have emerged between any two individuals, regardless of religion.

“Sadly, there are those who want to magnify the incident, and wish to turn it into sectarian strife,” he said on Friday, stressing that all Egyptian citizens, Copts and Muslims alike, enjoy the protection of the law in Egypt.

Freedom and Justice Party lawyer Mohamed Ibrahim stressed in a statement on website that popular efforts and the law will put an end to such problems.
“Security and members of the Muslim Brotherhood and the FJP moved immediately, and managed to stop the violence and contain people’s anger,” he said.

Morsy’s spokesperson, Yasser Ali, delivered a statement by Morsy on Thursday which stressed religious harmony. In the statement, said Ali, “[Morsy] stressed that warm relations between Egyptian citizens, Muslims and Christians, should remain intact, He also underscored that he would never allow anyone to attack public or private property or terrorise any Egyptian citizen.”

The call by the Grand Mufti, the President and the FJP to avoid characterising the Dahshur violence as sectarian comes at a time when Egypt’s religious freedoms are under close observation by the international community. US Secretary of State Hillary Clinton recently expressed her concerns about the current state of Egypt’s religious liberties to the Carnegie Endowment for International Peace. “I am concerned that respect for religious freedom is quite tenuous in Egypt,” Clinton said. “Since 2011, and the fall of the Mubarak regime, sectarian violence has increased.”