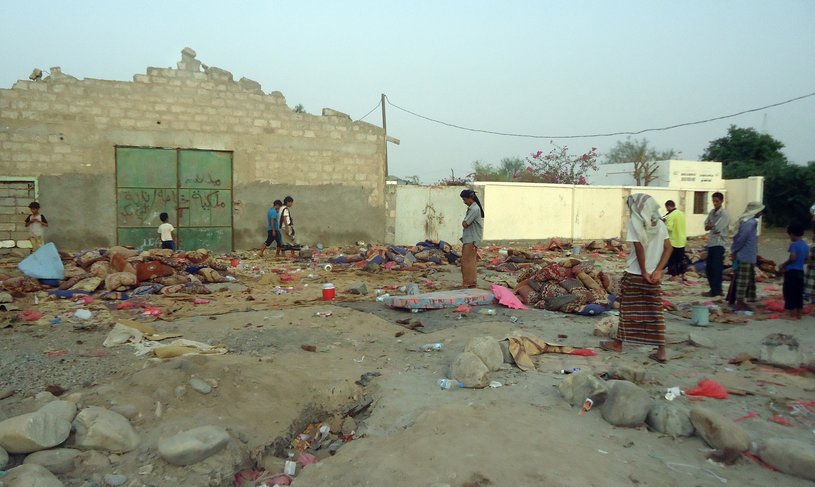 A deadly suicide bomb attack carried out during a funeral in the southern Yemen city of Jaar late Saturday has left at least 45 people dead, with dozens more wounded, according to the Yemen Defence Ministry.

Reuters reports the attack could have been an attempt to kill the leader of a group of tribal fighters, Abdul Latif Al-Sayed, who had sided with the Yemen military to drive out Al-Qaeda linked militants from the southern province of Abyan in June. According to local officials cited by the BBC, Al-Sayed himself was injured but is being treated at a hospital along with the other victims of the blast. Two of his brothers have been confirmed among the dead.

The governor of Abyan, Jamal Al-Aqel, told Reuters the attack was “cowardly, criminal and terrorist” adding that an investigation was underway to determine the bomber’s identity.

This latest bombing in Yemen highlights the fragile state of Yemen’s security and their efforts to combat well-armed militant groups that have assumed control over a large portion of the country’s south last year as mass protests and violence destabilised the country’s security.

Earlier on Friday, two separate attacks in different parts of the country left at least six people dead and seven injured. The first explosion was thrown from a motorbike into a market place, killing five and injuring seven in the southern city of Taiz. The second blast occurred in an internet café in the Yemeni capital of Sanaa. The blast destroyed the café, killing one man.

Despite being driven out of their stronghold, militants have repeatedly shown they still pose a considerable threat. Top southern military commander Brigadier General Salem Ali al Quton was assassinated in the southern port city of Aden in June, an Italian Embassy security guard was kidnapped in the capital close to the embassy in July and four policemen were killed in an attack on Jaar police station last week.

“Yemen’s special forces’ and other forces’ inability to project” beyond the capital of Sana’a “allows al-Qaeda in the Arabian Peninsula to destabilize the region and both indirectly and directly harm U.S. interests,” US Defence Secretary Leon Panetta told Bloomberg News last month.

In July, the Pentagon renewed $112 million in counter-terrorism funding to Yemen.