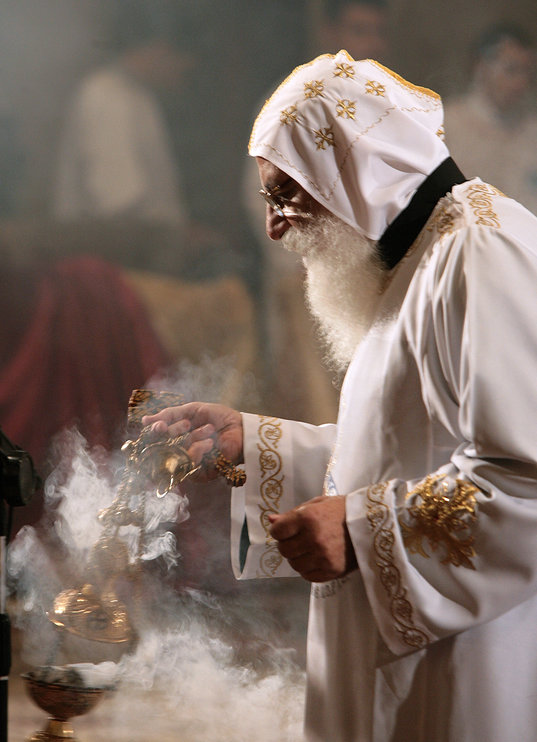 Acting head of the Coptic Orthodox Church Bishop Pachomious will not congratulate Prime Minister Hesham Qandil on the formation of the new cabinet to protest its underrepresentation of Copts.

“This cabinet is unjust for Copts, especially as we expected higher representation for Copts in the government following the increase of ministerial posts to 35,” Bishop Pachomious told the daily independent newspaper Shorouk on Saturday.

Bishop Pachomious’ statements were confirmed and echoed by members of Egypt’s other Christian communities. “We’re very upset with the formation of the new cabinet,” said Bishop Augastanious, head of the Catholic Armenian Church to Daily News Egypt, “The revolution cabinet should have had much better representation for Copts.”

Bishop Augastanious went on to compare the relatively minor Ministry of Scientific Research to positions such as Minister of Environment and Minister of Finance – posts occupied by Copts in the past.

Out of the 35 ministers, the only Christian selected is Nadia Eskandar Zachary who will serve as Minister of Scientific Research. She is also only one of two female ministers in the new cabinet.

Pachomious stated that representation of Copts in the new cabinet should have been at least three or four ministers in accordance with the estimated 14 percent of Copts in Egypt.

While the exact percentage of Copts in Egypt is unknown, most estimates put the percentage between 6 and 10 percent.

Since the parliamentary elections, the Muslim Brotherhood and President Morsy have made efforts to assure Egypt’s Christian minority that the new government will protect religious rights and embody fair representation.

The controversy over an unrepresentative cabinet comes at a time when sectarian tensions run high in the Giza town of Dahshur.

On Sunday security officials arrested nine people linked to sectarian violence in Dashur. Clashes stem from a fight between a Christian makwagi and a Muslim customer. Tensions escalated and resulted in the death of a Muslim man and the flight of over a hundred Christian families from the village.

Sectarian clashes have increased since the ousting of President Hosni Mubarak in February 2011. Clashes in Imbaba in May 2011 left 15 dead and roughly 25 demonstrators were killed during demonstrations at Maspero last October. Similar to events in Dahshur, many clashes in rural areas may begin as clashes between people or families and escalate into sectarian strife.