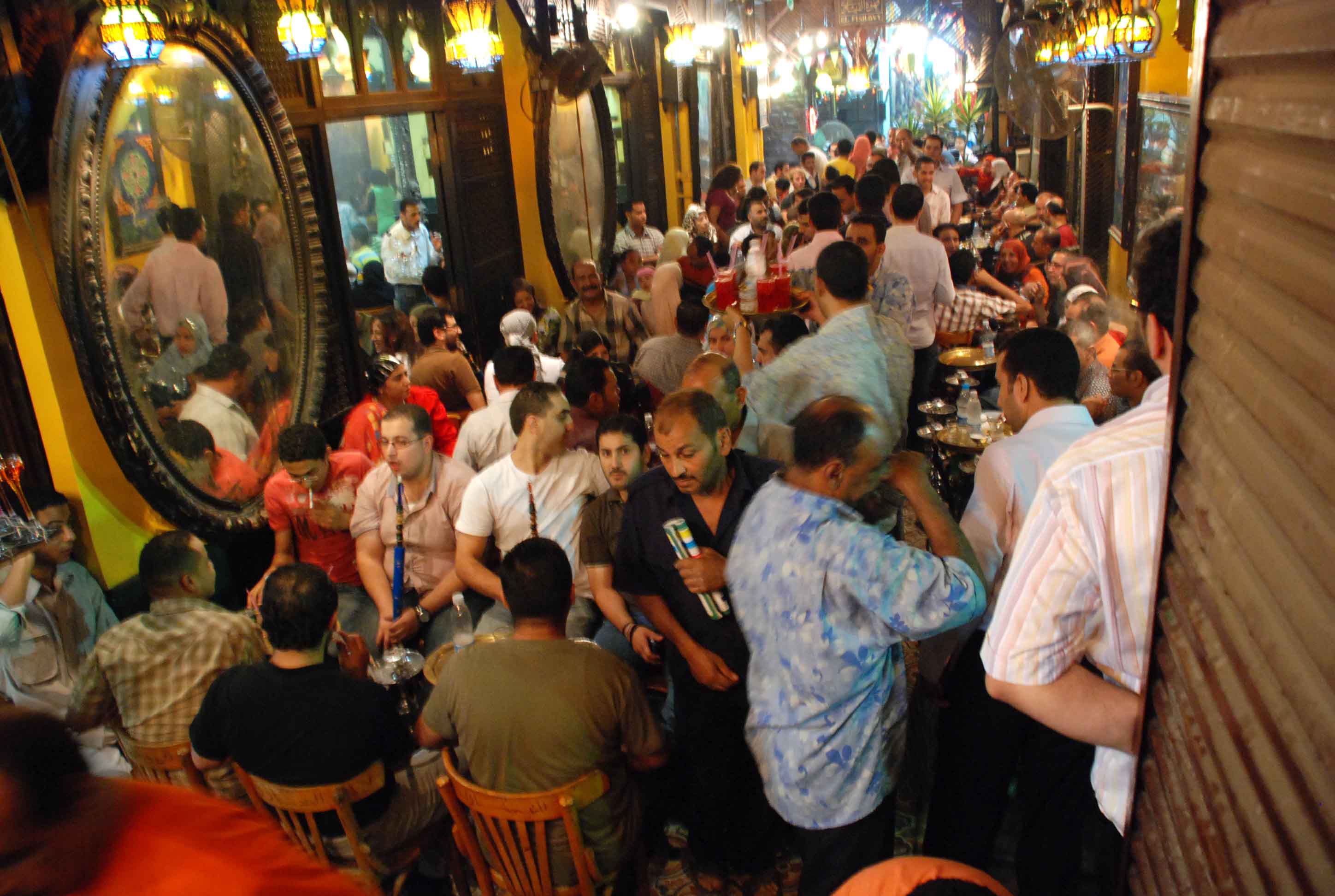 Ramadan is a time of tradition and if you have not been exposed to this classic gem of tradition yet, shame on you firstly and why are you not on your way there secondly.

El Fishawy claims to have never closed its doors since 1773, and there is nothing to prove this reputation false. The guestbook boasts an inscription from Nobel laureate Naguib Mahfouz, as well as several other prominent writers, thinkers and artists. Knickknacks that were once trendy and are now beautifully antiquated artefacts, are littered around the haphazardly-arranged rooms, and yellowed newspaper clippings document El Fishawy’s meteoric rise to superstardom.

Located in the kitschy-yet-quaint Khan El Khalili district, the cafe is perfectly situated so as to be moderately far from heavy foot traffic yet still carry an air of the quintessentially Cairene hustle and bustle. While the floor-to-ceiling mirrors make the place look bigger than it actually is, one does not miss open space. El Fishawy fits perfectly with the bazaar atmosphere.

To be perfectly frank, I do not know when would be an inappropriate time to visit this jewel. It seems to be perfect for a relaxed drink, for laptop-surfing in the morning, for a light lunch after grabbing a couple of kabab and kofta sandwiches from next door, even for serious conversation thanks to its intricately decorated back room.

So grab a friend, grab a shisha, EGP 5-10, grab some tea or a juice, EGP 5-10, and soak up history that is said to precede the entire history of the United States by at least three years.