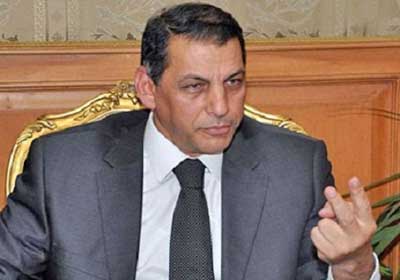 This article is part two of a series that examines the composition of the Qandil cabinet with a close look at allegiances and alliances within.

In the days leading up to President Mohamed Morsy’s announcement of Hesham Qandil as prime minister and the formation of the cabinet, a debate raged in the country’s newspapers about whether or not Morsy will be allowed to pick all his ministers.

Before Morsy’s victory in the presidential elections, the Supreme Council of the Armed Forces that assumed presidential powers after the ouster of former President Hosni Mubarak released a supplementary constitutional decree stripping the president of many of his powers and gave itself legislative authority.

The decree also set in stone the military council’s current composition, with Field Marshal Hussein Tantawi remaining as SCAF Chairman and the Commander-in-Chief of the Armed Forces until a new constitution is passed.

The result is that neither Morsy nor Qandil had any say in choosing their defence minister. Neither denies this fact:  both made statements explicitly stating that SCAF would be assigning the defence portfolio.

Although reports suggested Tantawi was reluctant to assume the position again, he was finally announced as defence minister, a position he has held since 1991, surviving seven governments and a revolution.

Tantawi’s appointment confirms two things most Egyptians already knew: regardless of being an elected president, Morsy would not have any control over the military. Morsy does not hold the title of Supreme Commander of the Armed Forces all other heads of state have held in Egypt since Mohamed Ali in 1805. Tantawi is SCAF Chairman and Commander-in-Chief of the Armed Forces, making him officially the head of the military.

Tantawi and Morsy are in the peculiar position of being dual presidents. Tantawi sent Morsy a letter congratulating him on his victory as if he were head of another state and state-owned newspapers are often confused about whether Morsy or Tantawi should grace the front page.

Morsy is far from powerless, but he is unable to influence any control over the military and cannot make important decisions without its leadership’s approval. Other than not being able to declare war without SCAF’s blessing, Morsy will, for now, be unable to introduce any form of military reform or changes. The new constitution is set to return the president’s supreme command over the military, but it specifies that the defence minister will be the commander-in-chief, putting the latter in direct control and ensuring no civilian can take on the post.

SCAF’s influence extends even beyond military affairs. The new cabinet’s composition, specifically the retention of many of former Prime Minister Kamal El-Ganzouri’s ministers in important departments such as foreign affairs and finance, coupled with how long it took to form the cabinet, suggests that Morsy had to compromise on some of his appointments.

One such appointment is the very important position of interior minister.

Although the former minister of the interior did not keep his seat, it was Mohamed Ibrahim himself who opted out of retaining it. He has been replaced with his deputy, Ahmed Gamal El-Din.

Gamal El-Din served as deputy interior minister and head of the public security sector. He was the man directly in charge of keeping Egyptian streets safe, a task he did not undertake in a satisfactory manner.

He told a court last September that during the January 2011 uprisings that ousted Mubarak all the accused officers had shot protesters in self-defence.  Gamal El-Din said the protests on 28 January had begun peacefully but that protesters resorted to violence and the officers had no choice but to shoot them.

Furthermore, the newly appointed interior minister was the man in direct control of security forces in the Mohamed Mahmoud Street clashes last November, which resulted in dozens of deaths and hundreds of injuries.

He then told the defence and national security committee in parliament that protesters attempted to break into the ministry of interior headquarters and that the police had shown restraint and had not used live ammo, despite substantial evidence to the contrary, including 45 deaths.

Gamal El-Din was appointed as deputy minister and head of public security by former minister Mansour El-Esawy and was kept in his post by his predecessor Mohamed Ibrahim. Back then, El-Esawy also appointed Gamal El-Din as the ministry’s official spokesperson.

El-Esawy came under fire for this appointment because Gamal El-Din is the nephew of Abdel-Ahad Gamal El-Din, the majority leader in parliament for the disbanded former ruling National Democratic Party, Mubarak’s party.

Upon his appointment, Gamal El-Din’s first statement to the press revealed that he was working on a new law that could act as a substitute to the now cancelled emergency law in order to “stop criminals” and make the streets safe. He also said he would ask the National Security agency (formerly known as the infamous State Security Investigations Service) to resume its role, although he said it would be confined to gathering information and keeping tabs on “ideas that harm” the country.

The appointment of such a minister can only mean that either it was SCAF and not Morsy who picked him or that the president intends to benefit from, rather than reform, the Mubarak-era security apparatus.