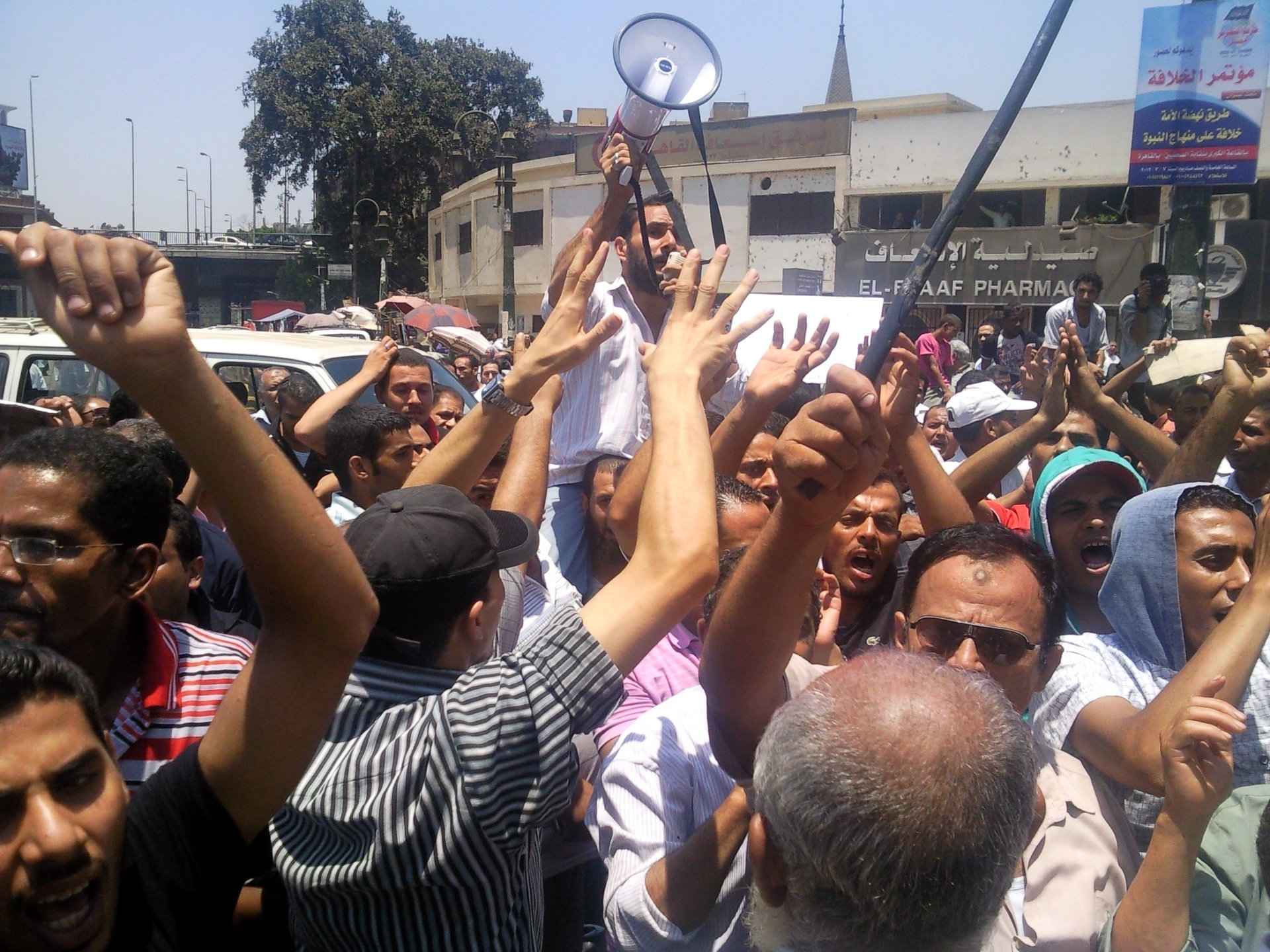 The Minister of Manpower and Immigration, Khaled Al-Azhary has chosen to make the ongoing controversy surrounding Cleopatra Ceramics his first priority in his new post, according to state-run Al-Ahram.

Al-Azhary announced, in his first statement as minister, that the issues between the workers and the company will be looked over in full in order to reach a consensual agreement which will preserve the rights and duties of all parties.

The statement also explained that negotiations will be sponsored by the ministry of manpower and immigration, with the participation of the workers’ syndicates.

Al-Azhary reviewed the case of the Cleopatra ceramics workers and their list of grievances with the company’s owner, Mohamed Abul Enein, for over three hours on Saturday, in an attempt to reach a swift solution to the crisis which peaked weeks ago.

ONA news agency reports that the minister has scheduled a meeting with the workers on Wednesday.

An Iftar gathering, hosted by the Suez Governor, Brigadier General Mohamed Abdel Moneim Hashem, and comprising of Al-Azhary, Abul Enein and executive officials who had recently made progress towards calming the dispute was scheduled to take place Sunday but was postponed until next week as Abul Enein was unable to attend.

The striking workers had resumed their work two weeks ago. The workers, who signed an agreement in mid-March granting them the right to three years of profits, compensation for not having received profits since the company was established in 1987, were calling on Morsy to enforce this agreement, after its implementation has been postponed more than three times.

The dispute between Abul Enein and the ceramics workers reached its peak last month when the workers camped outside the presidential palace in the aftermath of President Morsy’s inauguration, calling for their rights. Morsy met with representatives and promised to deliver a proposal to resolve the dispute. They swiftly suspended their sit-in, but Morsy’s response proved unsatisfactory. It obligated Abul Enein to pay the workers their past-due wages but then required the employees to bear the financial costs of the losses the company suffered as a result of the employee strikes.

The events followed with mass protests at the Cleopatra Ceramics factory in Suez which workers came under fire from tear gas from Security forces after they stormed a government building and allegedly set fire to its offices.

“We have no problems with the workers.” Abul Enein said, assuring to the Daily News Egypt that all the workers within his company are content. “The only problems we have are with 29 men who have exercised acts of thuggery in the factory.”

“We will coordinate with the new minister as we wish him the best of luck.” Abul Enein added, stressing that “we will be the first to help him since we all wish for the state to exercise its role in protecting the honourable men”.

Abul Enein is a prominent Egyptian businessman and was a key member of the now dissolved National Democratic Party.