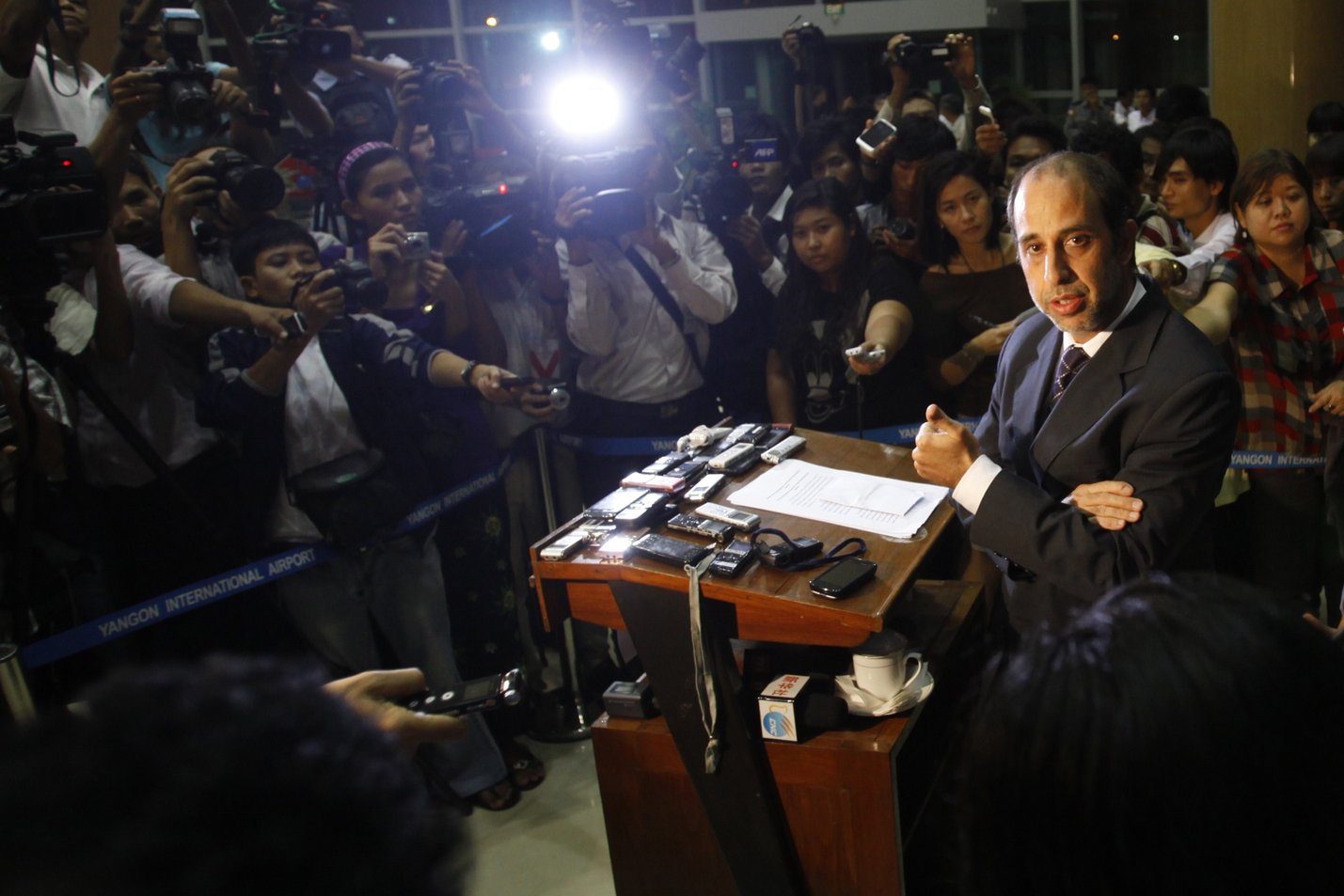 Dozens of journalists protested the government suspension of two independent news publications in the Myanmar city of Yangon on Saturday.

The Voice Weekly and The Envoy were both suspended by government authorities last week. The government cited the violation of regulations as the reason for their suspension, but did not specify which regulations were being violated.

Following the government’s decision, journalists formed the Committee for the Freedom of the Press. At the protest, the group wore black shirts reading, “Stop killing the press” and collected signatures for a petition addressed to Myanmar President Thein Sein to end censorship.

President Sein has established a reputation of enacting sweeping reforms since the beginning of his term in March 2011, but the censorship that dominated during Burma’s long history of military rule still controls the media to a lesser extent.

On the same day, United Nations Human Rights Envoy to Myanmar Tomas Ojea Quintana called for an independent investigation into sectarian violence that has shaken the Rakhine State of the country. Quintana stressed that resolving the violence is a “matter of urgency.”  His statement came after a six-day visit to the Myanmar.

He stressed that in order for credible democracy to take hold in Myanmar there will need to be an emphasis on human rights and called for an investigation into the Rakhine violence.

“It is of fundamental importance to clearly establish what has happened in Rakhine state and to ensure accountability,” said Quintana.

He also expressed concern over the treatment of six UN workers who were detained in the Rakhine state and accused of inciting violence.

The UN envoy is expected to present his findings to the upcoming UN General Assembly.

Clashes began in June between Rakhine Buddhists and the stateless and historically persecuted Muslim Rohingyas of the coastal state. The sustained violence in the Rakhine state has left an estimated 78 dead and thousands displaced and homeless.

According to Human Rights Watch, government restrictions have severely impacted the Rohingya community.

“Government restrictions on humanitarian access to the Rohingya community have left many of the over 100,000 people displaced and in dire need of food, shelter, and medical care,” said HRW Asia Director Brad Adams in a recent press release. “Burmese security forces failed to protect the Arakan and Rohingya from each other and then unleashed a campaign of violence and mass roundups against the Rohingya.”

Egypt’s Freedom and Justice Party condemned the violence in Burma on Sunday on its official website, calling upon the Egyptian Ministry of Foreign Affairs, the United Nations, and the Organization of Islamic Cooperation to put an end to what it described as “the bloody massacres and violent ethnic cleansing taking place against Rohingya Muslims at the hand of Myanmar Government forces.”