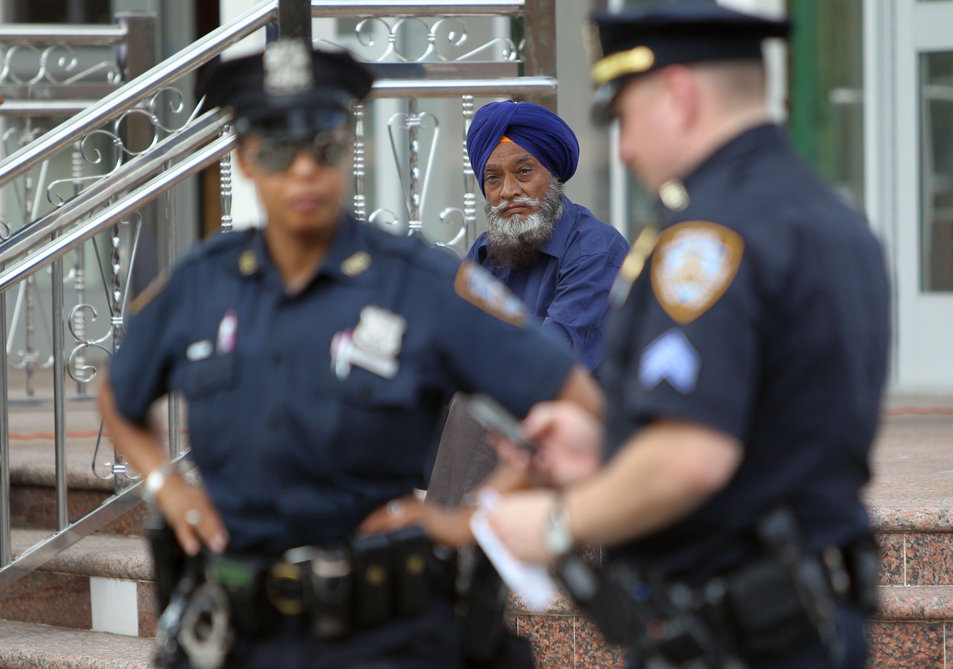 A Sikh temple was invaded by an armed man who opened fire, killing six worshipers in the Milwaukee, Wisconsin suburb of Oak Creek.  The shooter, Wade Page, a veteran of the United States Armed Forces, was killed by the Oak Creek police during the attack.

The killings occurred just before worship on Sunday in the Sikh Temple of Wisconsin in Oak Creek, a temple built by the local Sikh community.

The Milwaukee Journal Sentinel painted a grizzly picture of the scene.  The president of the temple, Satwant Kaleka, was killed in an attempt to stop Page, a bloody worshiper wandered into a nearby neighbourhood looking for help, and a group of women were left in a kitchen pantry for almost an hour as they waited in terror.

At a press conference on Monday, the US Attorney for the eastern district of Wisconsin area James L. Santelle reminded the audience that after September 11, 2001, one of the first people murdered in retaliation was Sikh Balbir Singh Sodhi who was mistaken as a Muslim at his work place in Mesa, Arizona.

It is not clear if Islamophobia played a role in the Page shooting, though FBI Special Agent Teresa Carlson said the FBI is “looking into ties to white supremacist groups.”

Sikh people have been in the United States for over 100 years.  According to Professor Gurrinder Singh Mann, the community faced racism immediately after coming to the United States but have succeeded in building a vibrant diaspora that has grown to 250,000 people.

Authorities also pointed out that the gun was purchased legally, feeding into a broader debate about the control of firearms in the United States.

“We consider the Sikh community our partners,” Edwards said, echoing the rest of the speakers at the press conference “and this is a tragedy for all.”