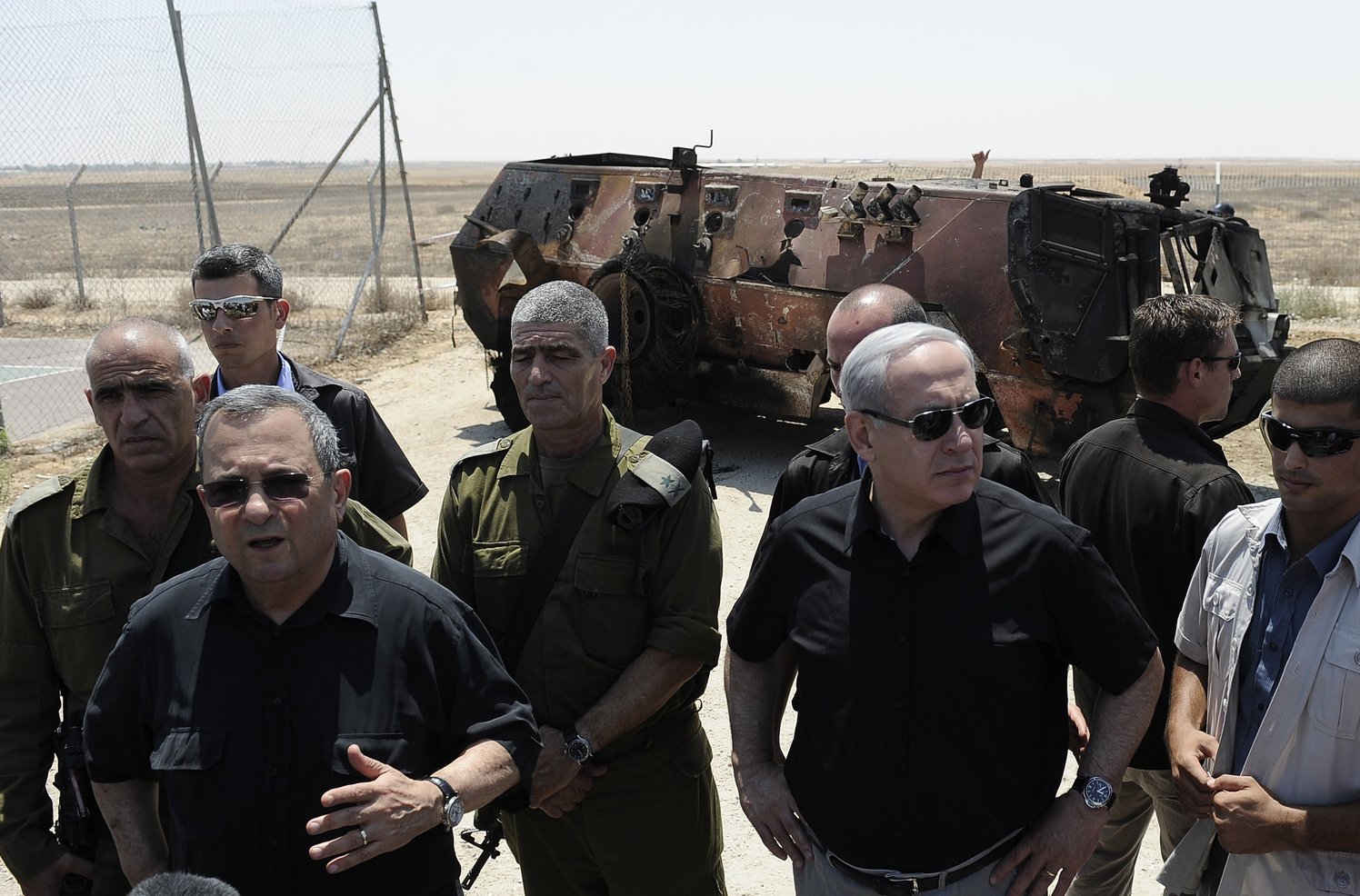 In the wake of Sunday’s bloody massacre by the Israeli border, Israeli Defence Minister Ehud Barak said Monday he hoped the incident would encourage Egypt to adopt a harsher stance toward Sinai.

“Perhaps this will be fitting and necessary wake-up call for the Egyptians to take matters in their hands in a more serious way,” Barak told the Knesset Foreign Affairs and Defence Committee.

The incident in which at least 15 Egyptian policemen were killed and two military vehicles seized was one of the bloodiest and most casualty-heavy attacks on Egyptian soil in years. It has also placed an already-uncertain Israel on edge regarding Sinai.

Netanyahu said in April that Sinai was becoming a lawless “Wild West” following nearly three decades of quiet, a fact that many attribute to the chaotic vacuum that came after the toppling of former president Hosni Mubarak.

The attackers who Egypt and Israel believe were Islamist militants from the Gaza Strip and Sinai proceeded to explode one of the armoured vehicles to burst through the border security fence. Israeli forces managed to destroy the other vehicle and kill the four terrorists inside.

Israeli forces believe that their advanced information enabled them to thwart what could have potentially been part of a larger and more sophisticated attack planned for later.

IDF spokesman Brigadier General Yoav Mordechai said that the militants killed were in the “advanced and final stages of launching an attack on the Eilat-Egyptian border.”

Military sources added that global jihad elements were taking advantage of regional instability, in particular in Egypt and Syria, to create infrastructure that can be used to attack Israel.

“All those who intend to harm us should know our long arm will reach them,” Prime Minister Benjamin Netanyahu said on Twitter.

Hamas condemned the incident in a statement as an “ugly crime” and offered the group’s “deep condolences to the families of the victims and to the leadership and people of Egypt.”

The attacks could undermine the fledgling relationship between Hamas and the new Egyptian leadership under Morsy, as well as Hamas’ recent attempts to ease restrictions at the border crossing. The Hamas government in the Gaza Strip had hoped that Morsy, himself once a member of the Muslim Brotherhood that spawned Hamas would be sympathetic to their cause.  The president has so far been cautious regarding the border to avoid an influx of militants.

Gaza’s deputy prime minister, Mohammed Awad of the ruling Hamas movement, said militants from the territory were “not involved in this awful crime.” But a leading Hamas member, Mohammed Zahar, undercut that denial, telling Al-Jazeera TV that he asked Egypt to provide the names of possible suspects from Gaza so that “we will immediately bring them to justice.” Taher al-Nono, a spokesman for the Hamas government, said it was closing tunnels along the border with Egypt immediately.