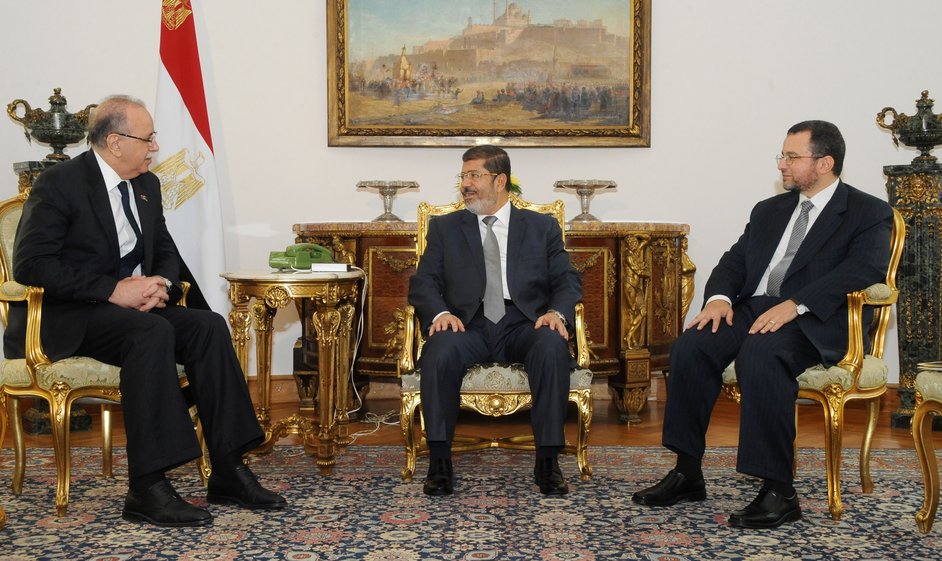 President Morsy received new Libyan Prime Minister Abdul Rahim Al-Kib along with a 20-strong delegation of Libyan ministers at the presidential headquarters in Heliopolis Monday. Reports say the Libyan delegation is here for an extended visit to Cairo set to last several days.

Also present was newly-appointed Egyptian Prime Minister Hesham Qandil. ThePresident and PM discussed with the Libyan delegation the extent of Egyptian involvement in the imminent rebuilding of Libya in terms of Egyptian workers and contractors to be sent to the country, as well as compensation for Egyptians killed during the Libyan uprising or Egyptians who fled Libya during the carnage.

Abdul Rahim Al-Kib was named interim Libyan President in late 2011, and it was recently decided – to controversy – that his Cabinet will stay in office until the Libyan elections planned in next year.