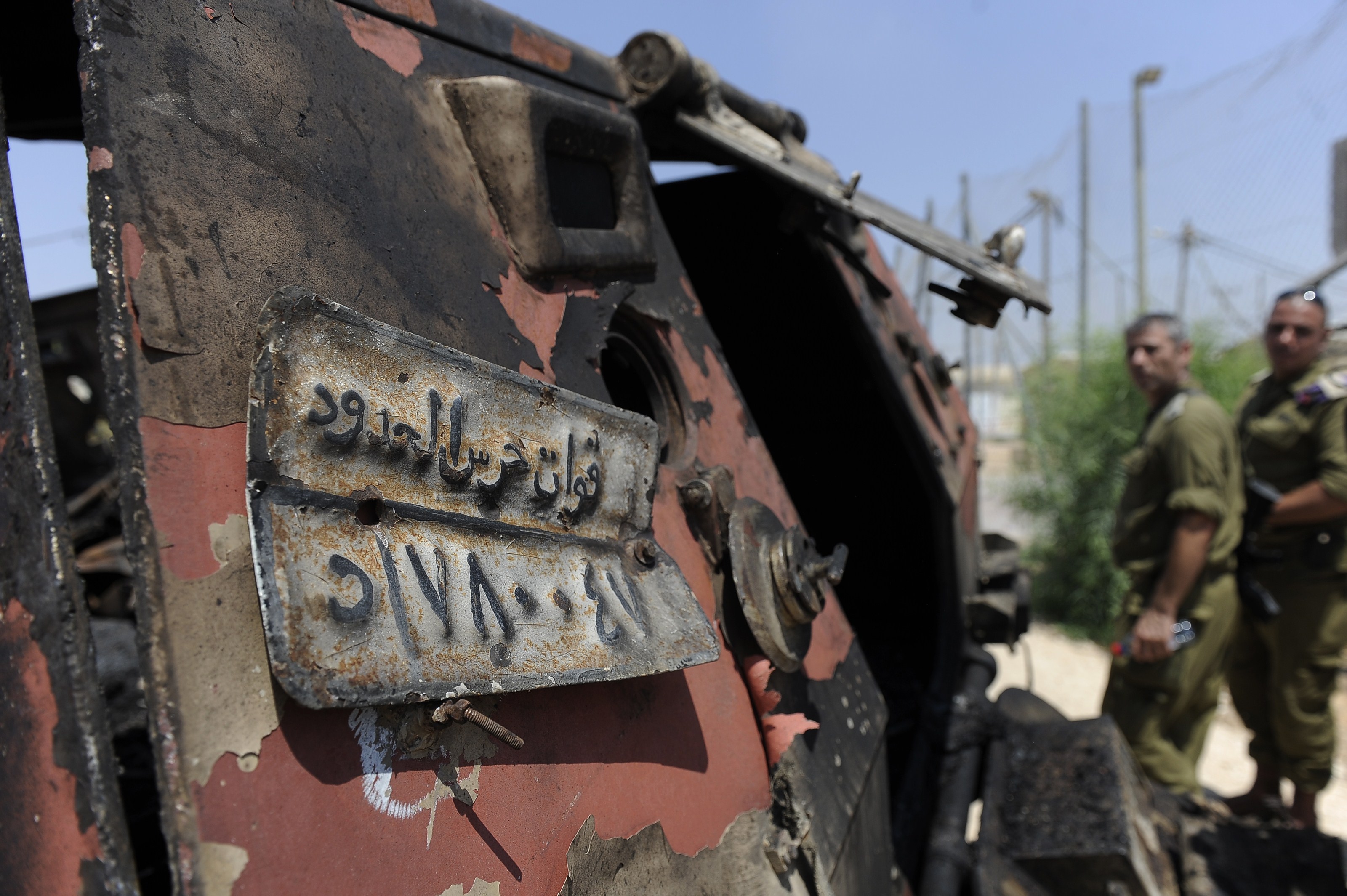 President Mohamed Morsy has declared a national state of mourning for three days on Monday after gunmen shot and killed 16 border guards and injured seven in Sinai near the Israeli border on Sunday.

Morsy will take part in the soldiers’ funeral and the fallen soldiers will be given the same treatment as martyrs of the January 25 Revolution, official presidential spokesperson Yasser Aly said.

He added that all the security and intelligence services were working around the clock to determine the identity of the culprits and the exact details of the attack.

Morsy gave a speech on Sunday a few hours after the attack where he vowed to punish the culprits and said he had ordered the military and police to regain control over all of Sinai.

“The culprits of the Sinai attacks will see tomorrow a strong reaction, and they will pay dearly, them and everyone who cooperates with them,” the President said in a televised statement.

Morsy met with the Minister of Interior Ahmed Gamal El-Din, General Intelligence Services Director Mourad Mowafi, and members of the Supreme Council of the Armed Forces to discuss the situation.

“I have issued clear orders to our armed forces and police to move swiftly to arrest those who carried out this treacherous attack. Everyone will see that the armed forces are able to chase down and pursue criminals wherever they may be,” he added.

The Supreme Council of the Armed Forces also released a statement on Monday as well. The council’s statement gave more details regarding the attack and also promised that the assailants would be brought to justice.

“At the time of breaking the fast during the call for Maghreb prayers on Sunday, 5 August, the seventeenth day of Ramadan, a terrorist group of 35 armed men attacked one of the border guards’ gathering areas on the Egyptian border in south Rafah which led to the death of 16 soldiers. Seven were injured, three of whom are in critical condition, and all have been transferred to hospitals,” SCAF said in a televised statement.

The statement added that the terrorist group had stole an armoured personnel carrier and used it to breach the Egyptian – Israeli border through the Karam Abu-Salem crossing south of Gaza and that the Israeli military dealt with the attack and destroyed the vehicle.

It went to on to say that the incident proved there were plots against Egypt and promised that “all the criminals and those who conspire with them” would be punished.

Morsy, Mowafi, and Gamal El-Din as well as SCAF Chairman and Commander-in-Chief of the Armed Forces Field Marshal Hussein Tantawi have all headed to Arish to visit the injured before leaving for Rafah to check up on the security situation on the Egyptian – Israeli border.

Prime Minister Hesham Qandil has also released a statement condemning the attack and vowing that the assailants would be brought to justice.

When asked if Egypt’s reaction would be similar to last year’s when three Egyptian soldiers were killed on the border by Israelis and the government only issued a condemnation, Qandil denied this and said that the situation has completely changed since then.

“Egypt now has a democratically elected president which gives him legitimacy and allows us to take the necessary steps on the ground that previous governments could not,” Qandil told journalists.

“The Egyptian people will receive good news soon regarding the government’s response to these attacks,” he added.