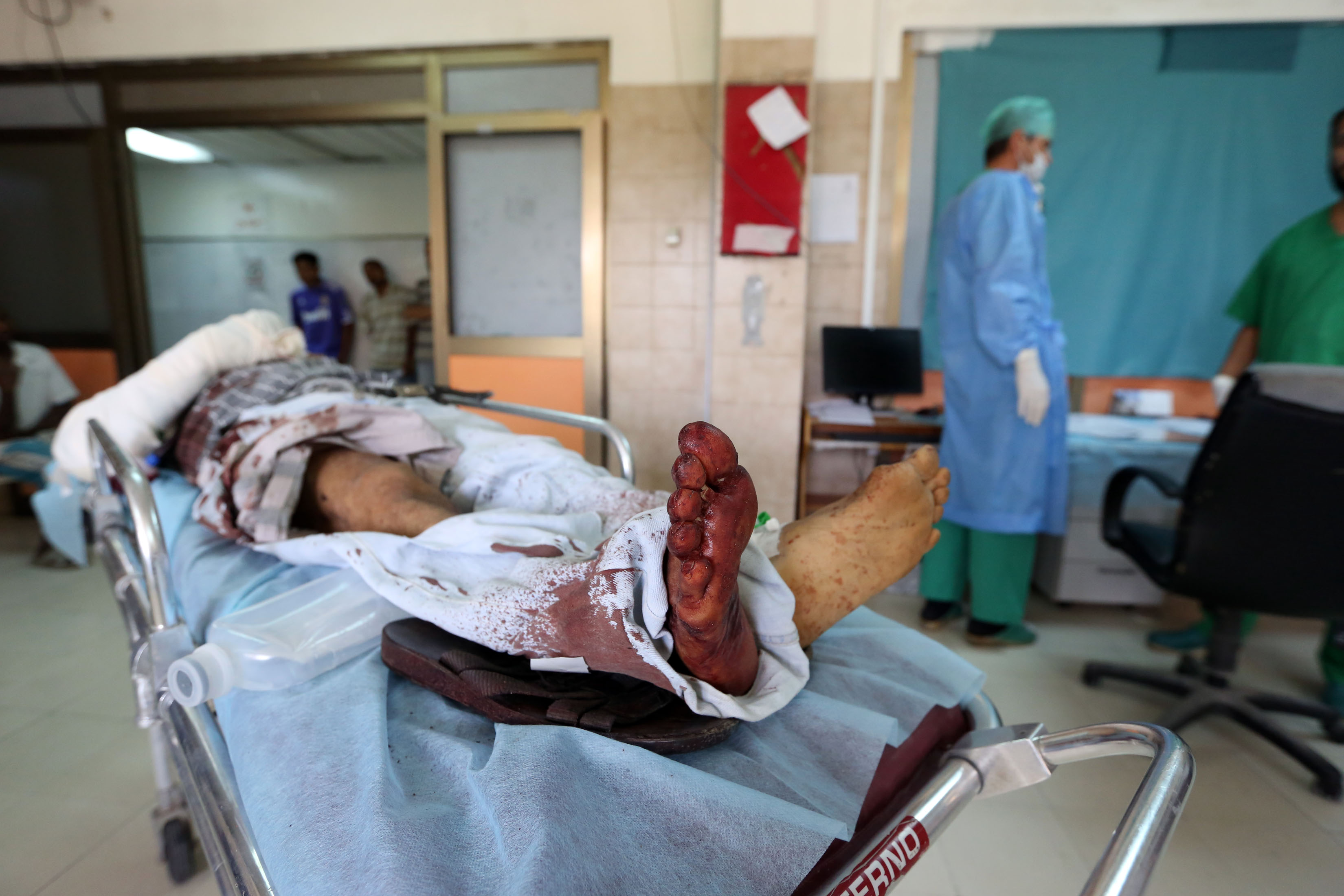 After 42 years of dictatorial rule, a civil war, and an interim government, a newly elected coalition government is assuming power in Libya.  The National Transitional Council will dissolve and the freely elected General National Congress will begin governing at 11pm on Wednesday night.

The only entity that won a plurality, the National Forces Alliance, is itself a coalition of 58 political parties, who stood together for the July elections, but are not guaranteed to stay united.  120 of the 200 member legislative assembly are independents belonging to no political parties.

President of the American-Libyan Council Fadel Lamen said the structure of the new government sets it on a course for paralysis.  The real challenge now is for Libyans to mitigate that paralysis so that the important work of piecing back together their country can continue, he said.

But the new government is assuming power at a fragile and violent time.  After gun fighting and an explosion occurred in Tripoli on Saturday, the International Committee of the Red Cross (ICRC) came under attack on Sunday morning in Misrata.

“The security issue will be on the top of the agenda for the new General National Congress,” said Lamen, “How successful they will be is another story.”

The recent attacks on the ICRC were a particularly poignant sign of the security deterioration because they were a direct attack on the residence of foreign nationals.

At 6:45 in the morning, attackers pummeled the ICRC residence while ICRC staffers were asleep inside.  They assaulted the building with heavy weaponry for over fifteen minutes.

The ICRC office had been the focus of a number of attacks over the past months in Misrata but this is the first time attackers targeted a staff residence.

“That’s why we are appalled,” said Soaade Messoudi, ICRC Communication Coordinator for Libya, speaking from Tripoli.

Messoudi said the ICRC will not leave Misrata, but will temporarily suspend their operations in Misrata and Benghazi.  Their Tripoli office will remain open.

She pointed out that other foreign organizations in Libya, such as the United Nations, have come under attack in Benghazi and elsewhere.

Messoudi said in a country so long isolated from much of the world, there is important outreach that needs to be undertaken by international bodies to explain their presence in Libya. “We need to invest in explaining better the mandate of the ICRC in Libya,” she said.

A stronger communication effort by the ICRC is necessary to achieve this understanding, she said.

“We have been focusing on delivering aid, support, and assistance,” Messoudi said. “Now we need to step up the outreach and dialogue.”

However constructive the approach the ICRC takes in the wake of these events, their absence will still be felt in Misrata and Benghazi.  One of the main ICRC projects since the revolution has been support and assistance for the tracing of missing persons at the national level.

Another focuses on the pernicious problem of explosive remnants of war (ERW), especially around Sirte.  The ICRC defines ERW as “unexploded weapons such as artillery shells, mortars, grenades, bombs and rockets, left behind after an armed conflict.”

Both of these ICRC initiatives will be on hold during the ICRC Misrata and Benghazi suspensions.

The attacks on the ICRC residence were condemned by officials, but condemnation of militant attacks has not been the norm in the new Libya.  “The problem is the government officials are so afraid that they, or their family will be killed,” said Lamen.  “That’s why you don’t see any public condemnation.”

A report released on Thursday by Harvard University’s International Human Rights Clinic and the Campaign for Innocent Victims in Conflict detailed the prevalence of weapons in Libya.  “[The country] is awash in weapons, ranging from bullets and mortars to torpedoes and surface-to-air missiles,” it said.

The responsibility to remove these weapons belongs to the Libyan government, but according to the recent Harvard report, international NGOs have been doing the bulk of the work on weapons removal.

The militias operating largely with impunity in Libya are the country’s biggest security threat and are carrying out assassinations throughout the country.  According to Lamen, they may be the result of a tactical alliance between members of the old regime and groups such as the Al-Jama’a al-Islamiyyah al-Muqatilah bi-Libya, the Libyan Islamic Fight Group, whose own revolution was violently put down by Qaddafi in the mid-nineties.

The newly elected General National Congress is necessary to confront the militia threat, Lamen said.  “They have the legitimacy now,” he said. “They just need to confront these militias to stabilize the country.  The only way they can do that is if they can successfully appeal to the people.”