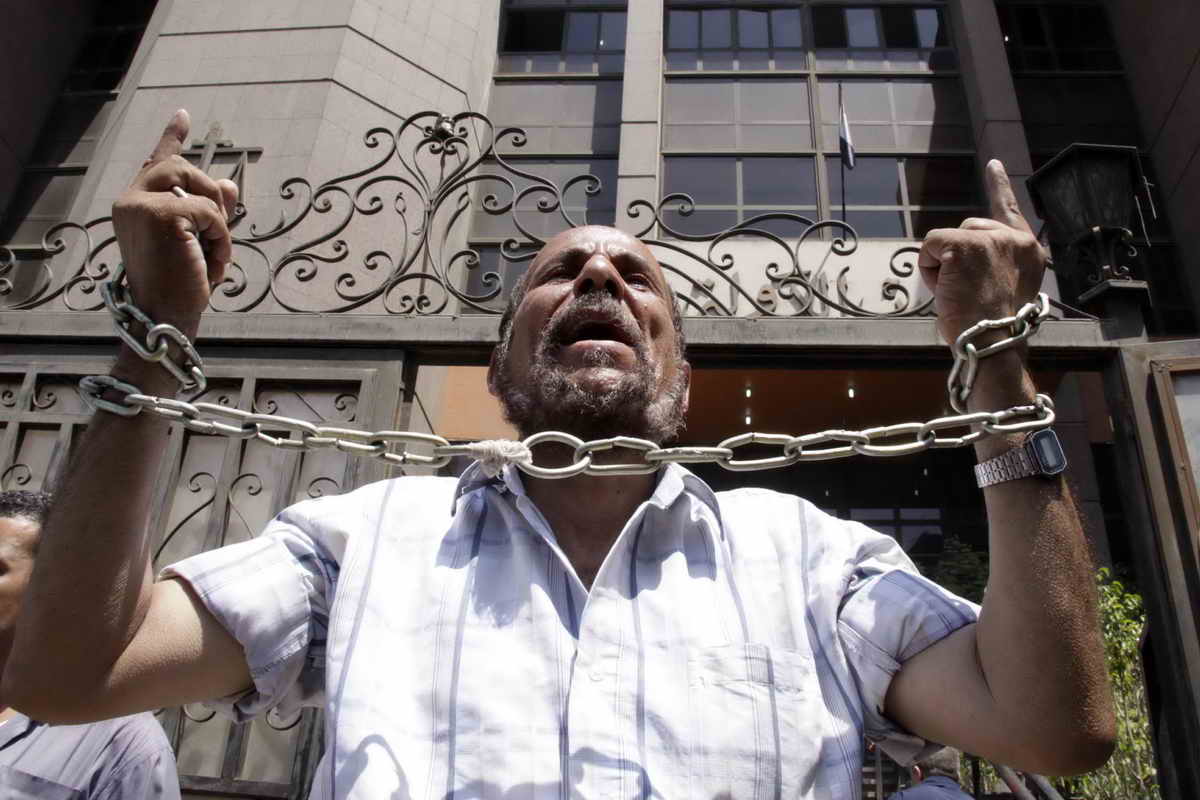 Anas Al-Assal, a paramedic who was recently abducted by unknown state security agents has provided testimony of his ordeal at a press conference by the No Military trials movement titled “Abduction: a state’s thuggery.” The conference’s focus was on the recent phenomenon of abduction at the hands of personnel from different security apparatuses.

Anas was taken from his home at dawn two Fridays ago as he was speaking to a colleague on the phone. He woke up in hospital, after more than 24-hours of interrogation, with only faint recollection of his abduction at the hands of men he described as general intelligence agents who injected him with drugs and beat him.

Anas had continually helped in makeshift hospitals until he was injured in May during the Abasseya clashes. He faced a military trial for complicity in the clashes, yet was found not guilty last week. He previously spoke out against the military trial system at more than one press conference for the No Military Trials for Civilians movement.

“Abduction by unknown assailants – usually affiliated with the state – could have been acceptable during the time of the Pharaoh Mubarak,” Mohamed Abdel Quddous, prominent journalist and head of the freedoms committee in the syndicate said. “Yet, it is unacceptable for the same trend to continue after the January uprising.

“The No Military Trials movement has decided to begin a campaign to address this issue.”

The moderator, Mohamed Fouda, said, “should our efforts meet no response from the state, an escalation will be in order.”

“Forced disappearance” is the the abduction of a civilian at the hands of the police or security personnel, according to Nadeem Centre rights lawyer, Mohamed Abdel Aziz.

“Some of the cases we receive involve those abducted whose families spend months searching for them, only to later find them inside a jail after being tried and receiving a final sentence,” Abdel Aziz said, explaining that such a case would be considered forced disappearance due to the lack of knowledge about the abducted being held or tried.

Other than the actual act of abduction, the state may be complicit in the abduction if it doesn’t take the necessary measures to follow the abductors and punish them, according to Abdel Aziz. Such examples of the state’s complicity include the case of Anas Al-Assal, where Al-Helal hospital refused to document signs of his torture for a case report.

Psychiatrist Aida Seif Al-Dawla said the psychological repercussions of abduction can be immense for victims.

“Abduction is an extraordinary event which can never go by without leaving its trace on the abducted, especially if it’s followed by torture.” Seif Al-Dawla said.

Seif Al-Dawla explained the motivation behind abductions committed by security personnel as the desire to instill fear.

“If the security officials need something, they might easily get it through the legal arrest and investigation of those in question. Yet, their real goal is to scare those they abduct and break their personalities.”

Seif Al-Dawla said the abductors seldom introduce themselves to their victims as security personnel, yet that the fact usually gets out during the interrogation.

Other victims of abduction present included Mohamed Fahmy and Ahmad Mohamed Taha. Taha was abducted in October 2011 following a Friday protest by forces who took him to the High Court where he was interrogated and then raped.

“Such testimonies and such press conferences are a message to the abductors that their plan to break the people and scare them has failed,” Seif Al-Dawla said.