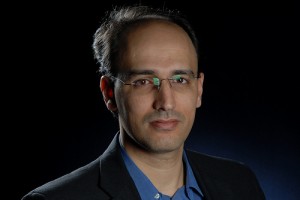 The International Telecommunication Union has done remarkable work in the developing world. It has set standards which encourage investment in infrastructure and helped spread telephone coverage, insuring that a call made from Europe or America connects smoothly in Kenya or anywhere in the world. The ITU now wants to do the same for the Internet, improving access in Africa, Asia and Latin America to the 21st century global highway.

What could be wrong?

Of course, nothing is wrong with this noble ambition of bringing the Internet to everyone on our planet and no one denies that the digital divide should be narrowed. What’s wrong is that many proposals floating around the ITU would do the exact opposite. They would raise cost for those least able to pay and slow the Internet’s progress in poor regions. African, Asian, and Latin American entrepreneurs would find it hard to reach foreign markets, blunting the net’s immense liberating powers.

The Internet stands at a crossroads. Built from the bottom up, powered by the people, it has become a powerful economic engine and a positive social force. But its success has generated a worrying backlash. Around the world, repressive regimes are putting in place or proposing measures that restrict free expression and affect fundamental rights. The number of governments that censor Internet content has grown to 40 today from about four in 2002. And this number is still growing, threatening to take away the internet as you and I have known it.

Against this background, a new front in the battle for the internet is opening at the ITU, a United Nations organisation which counts 193 countries as its members. It is conducting a review of the international agreements governing telecommunications and aims to expand its regulatory authority to the Internet at a summit scheduled for December in Dubai.  Such a move holds profound – and we at Google believe potentially hazardous – implications for the future of the Internet.

Many dangerous ideas are floating around the ITU. In particular, proposals put forth by the European Telecommunications Network Operators Association (ETNO) would harm internet users in less developed countries.

Here’s how. Traffic over the internet flows today through unregulated commercial agreements. ETNO’s telecom giants propose replacing this successful system with formal interconnection agreements requiring the sender to pay. This “sending party pays” would add costs that would be passed onto Internet users. In short, Internet access would begin to resemble international telephone access with its high rates.

This development would be detrimental, in particular, for the developing world. Many internet service providers would attempt to limit connections with destinations deemed not worth the cost of termination feeds. Although local network operators could keep termination fees low, “governments would tempted by the short term goal of collecting revenues from high termination rates than on preserving the citizens’ ability to access foreign internet content,” according to the Center for Democracy and Technology. Instead of closing the digital divide by generating funds in developing countries as ETNO argues, the proposals would widen it.

African, Asian and Latin American entrepreneurs and innovators would be harmed. The current internet is how it makes it possible for anyone, anywhere to reach the entire world. The smallest business in the furthest flung location suddenly finds itself at the center of the global marketplace. A Telco-led Internet would jeopardise this essential freedom. If networks serving local start-ups need to pay interconnect fees, they will have to charge substantially more for serving any business that generates a large and growing volume of requests for its content.

We believe that keeping the Internet open and free is not just a priority to promote human rights. It also represents a key factor in driving economic and social success. Freedom House’s ratings on press and Internet freedom correlate closely against various United Nations measurements of economic and social success, GDP, innovation, number of patents filed and educational attainment.

We all accept that the Internet will play a key role in driving our economies out of their present slowdown. Countries that embrace the digital world will win the economic race. Let’s make sure that the Internet stays open to those in the developing world who need it the most.

Khaled is the Policy Manager for Google in North Africa. Khaled founded the Internet Society chapter in Tunisia in 2006 and served as president. Khaled has also worked as an independent consultant for the non-profit and government sector in the Arab and African region. The Internet strikes a personal chord with Khaled, not only did he meet his wife online, but when he was blessed with his daughter he saw her for the first time online.

Germany in the digital slow lane