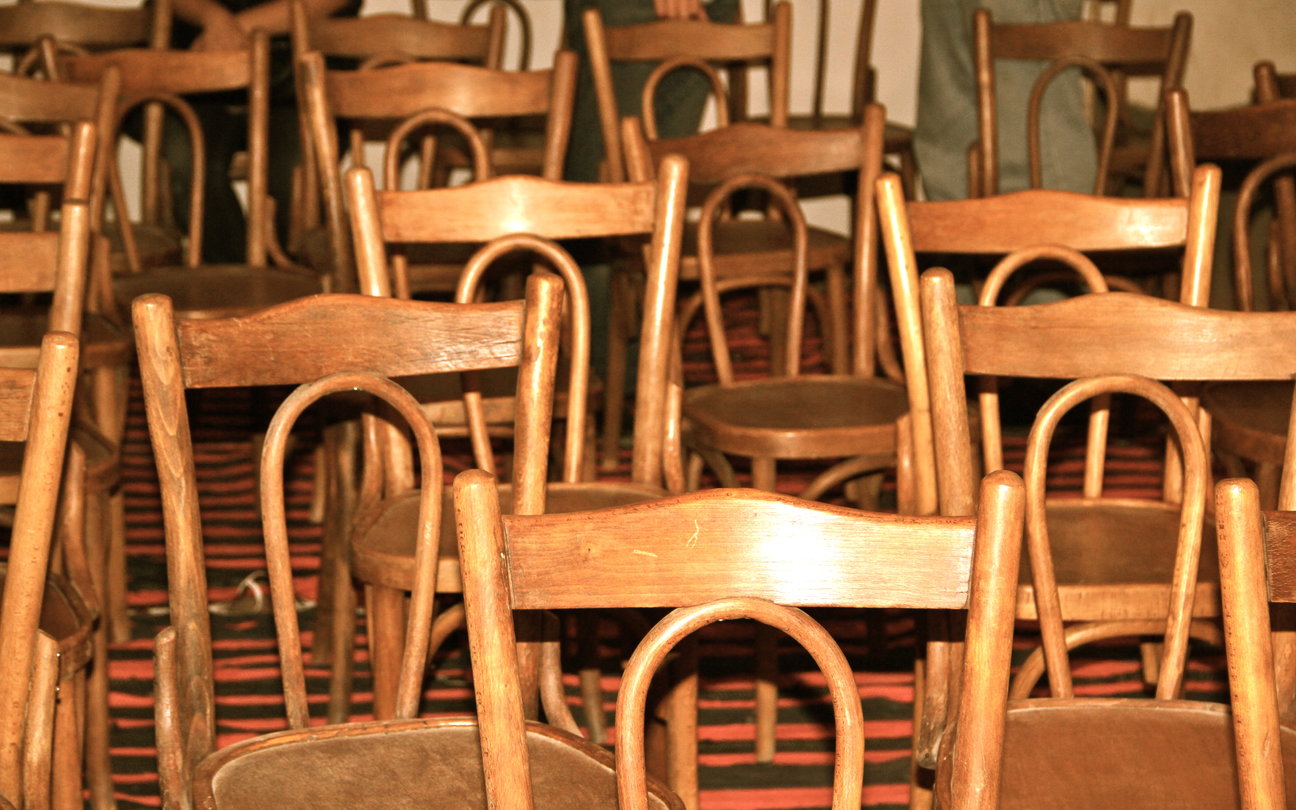 The world is rife with independent filmmakers and artists who fly under the mainstream radar, their positions tenuous on account of their lack of money, fame or platform. Often the work of art produced by the unknown artist is shared amongst small like-minded communitie of enthusiasts and intellectuals who have the tendency to isolate themselves from the mainstream in an attempt to be ‘hip’ or ‘fancy.’ Enter Cimatheque.

Cimatheque is a multi-purpose space dedicated to celebrating film and independent filmmakers in Egypt. It is meant to be a dynamic work space for independent filmmakers to collaborate, research and network, aiding the development of their talents. The space boasts a specialised library of countless films and books, and a screening room and viewing stations, allowing them to showcase films rarely seen in Egypt.

To give you a taste of the type of films being screened, last Saturday Cimatheque aired “Road Beyond the Sunset,” a documentary film produced in 2004 which chronicled the voyage of an Arab filmmaker and his crew through Iraq. Director Bassem Faya highlights the plight of the Iraqi people as they struggle to survive in a war-torn country. The crew visits the Kurdish region of Iraq, showing firsthand how the Iraqi invasion and subsequent overthrow of Sadam Hussein affected the region. Baghdad is also shown, in stark contrast to the city it once was. The documentary itself is only an hour long, but the message behind it is powerful and emotive.

The centre is also set to provide year-round educational programmers and workshops that tackle producing, screen-writing, editing, and camera work while also bringing together industry professionals to exchange knowledge and skills. The space is currently being renovated but Cimatheque coordinator Hana Al-Bayaty says the centre will continue with their screenings. “We proposed to our audience and some people who had participated in a workshop we organized back in May to curate some screening nights,” Al-Bayaty said. “That is why there is no fixed schedule at the moment.” Request for film screenings can be made by anyone, with the condition that the films be independent productions either in Arabic or with Arabic subtitles.

Celebrating culture through various artisitc media is an essential part of human nature. Throughout history, the expression of self has been such a powerful call that men and women alike throughout history have given their lives defending the arts that define them. People like Bassem Fayad are testimony to the passion for culture and arts that makes us human. Located on the fifth floor of 19 Adly street in downtown, Cimatheque ensures the voices of unsung filmmakers can be heard in this city.