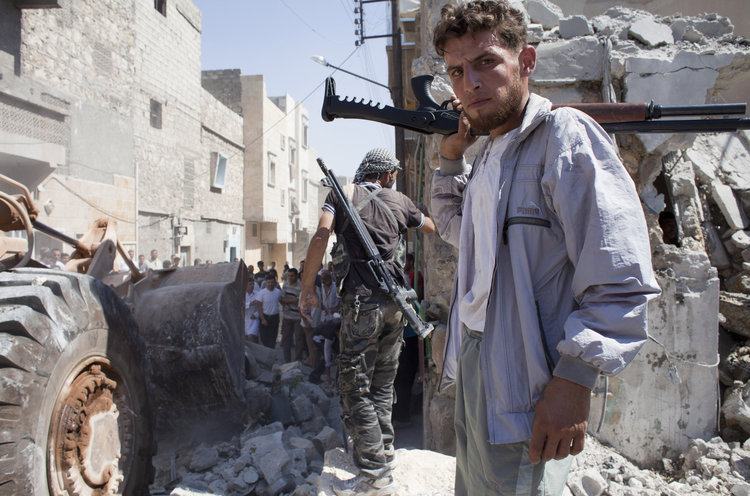 Government forces shelled a Damascus province Monday, killing a number of rebels as well as three of the 48 Iranians who were kidnapped by rebels on Saturday.

“We will kill the rest if the army does not stop its assault. They have one hour,” rebel spokesperson Moutassam Al-Ahmad told Reuters, referring to the other 45 Iranians abducted.

Iranian state-run news agency IRNA claimed the abducted are pilgrims visiting the Shi’a shrine of Sayyida Zainab, whereas Al-Arabiya TV quoted rebels on Sunday claiming some of those abducted were members of the Iranian Revolutionary Guards.

“We have documents that they are involved with the Revolutionary Guards.” Ahmad told Reuters.

The kidnapping was the latest and largest following at least two previous kidnappings of Iranian nationals that have taken place since the start of the Syrian uprising. The abductions are motivated by the rebels’ belief that Iran is sending troops to aid Al-Assad’s forces.

To obtain the release of its abducted citizens, Iran has turned to Turkey and Qatar for help on account of their good relations with the Syrian rebels, according to IRNA. Both have agreed to offer assistance.

The Turkish Ministry of Foreign Affairs released a statement on its official website denying reports that the Iranians kidnapped are to be exchanged with a Turkish Army General who was captured in Aleppo on Monday, denying that such an apprehension even took place.

According to reporting by the BBC and Reuters, the Syrian Foreign Ministry stated on its Twitter account that 1,300 Syrian refugees fled to Turkey only on Monday night, putting the number of Syrian refugees in Turkey at 47,500. According to the Ministry, Monday’s refugee arrival included one Syrian brigadier-general as well as 11 other military officers.

Hijab was appointed by President Bashar Al-Assad this past June after serving as Minister of Agriculture since 2011.

Despite Hijab’s defection, Al-Assad appeared on Syrian state TV on Tuesday in his meeting with the Secretary of Iran’s Supreme National Security Council, Saeed Jalili.  This was Al-Assad’s first television appearance since the aftermath of the Damascus bombing which saw four top-security officials killed.

Syrian state TV reported that the meeting involved talks about bilateral relations tying both states. Jalili was also reported to have said that the crisis at hand can only be solved through a “Syria solution.”

Fighting in Syria’s commercial hub and most populous city, Aleppo, has resumed. Rebels told Reuters that they were running out of ammunition, amid trials by Al- Assad’s forces to encircle them from outside the neighbourhood of Salahaldeen, where most Syrian rebels in Aleppo are stationed. Nevertheless, rebels still claim control over Salahaldeen.