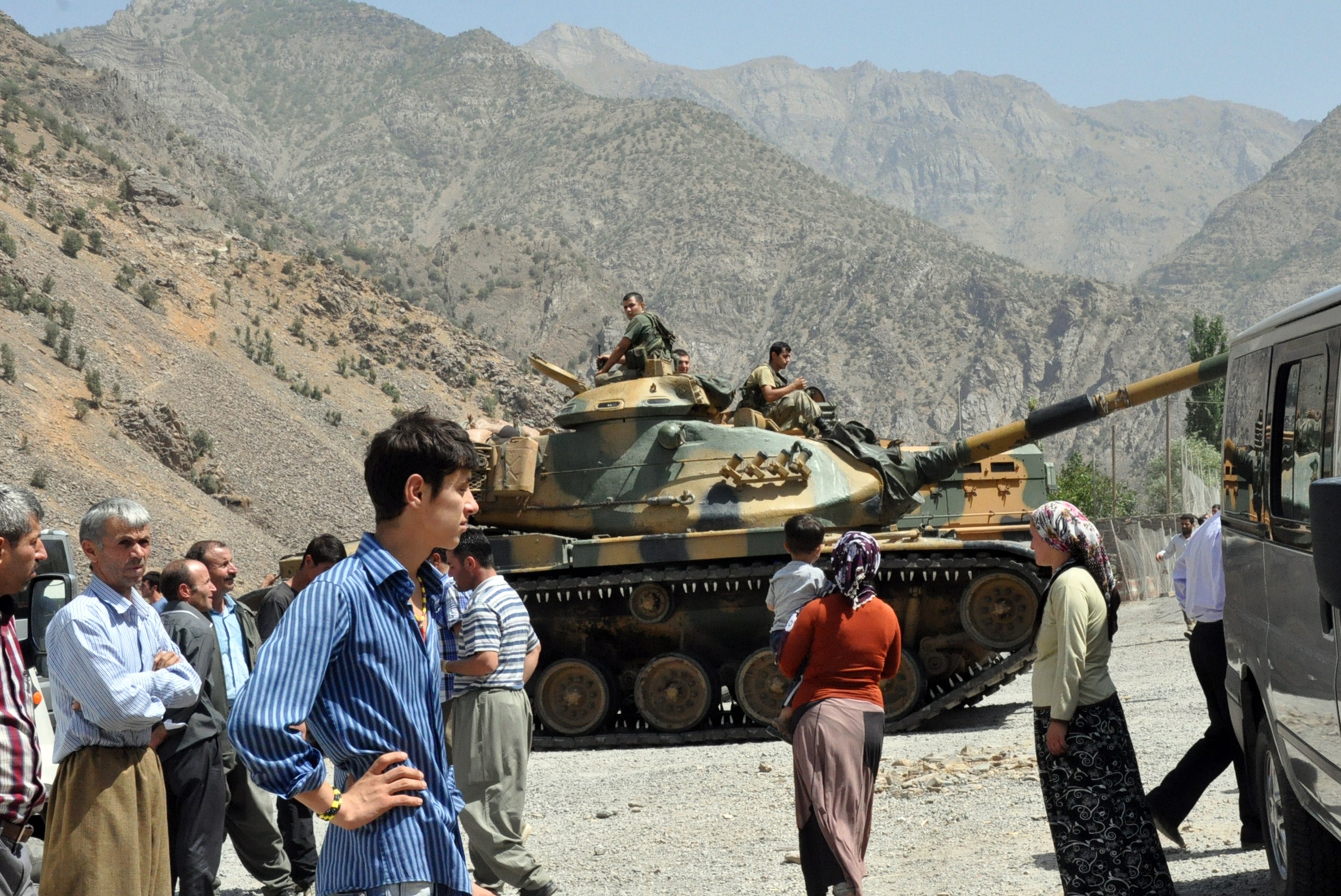 Turkey has increased the pace of its campaign against Kurdish militants in recent weeks. Interior Minister, Idris Sahin, has stated that since 23 July, the Turkish army has killed over 115 members of the Kurdistan Workers Party (PKK) and fighting is continuing.

The majority of the deaths occurred during clashes in areas including the province of Semdinli, the state-run Anatolia news agency has reported, citing a statement by Sahin. The Semdinli region borders Iraq and is about 150 kilometers from Syria, where many fear the fighting from the bloody civil war could spill over into Turkey.

Turkish Prime Minister, Recep Tayyip Erdogan, has in recent weeks accused the regime in Syria of giving Kurdish rebels a free hand in the north of the country and warned that Ankara would not hesitate to strike out against “terrorists”.

Detailed reports of Turkish losses during the fighting have not been released, with Sahin only reporting six military casualties in the eastern province of Çukurca.

The PKK is labelled a terrorist organisation by Turkey, the United States and the European Union, and has violently fought for an independent Kurdistan since its founding in 1984. It is estimated that tens of thousands of people, both Kurds and Turks, have died since the conflict began. Hundreds of PKK militants are based in northern Iraq, where Kurds have already established their own autonomous region.

“Just as with the events in Syria, they’re trying to create a weak spot in Turkey, Sahin said. ‘‘But they couldn’t achieve that and they won’t achieve that.”

Perhaps in retaliation for the Turkish campaign, the PKK have also ratcheted up their operations. An overnight blast rocked the Kirkuk-Ceyhan pipeline in the early hours of Monday, interrupting the oil flow from Iraq and causing damage which is expected to take up to 10 days to repair. The incident, believed to be an act of sabotage by the Kurdish rebels, also sparked a fire that was brought under control on Monday, according to a source from the energy ministry.

On Sunday, Kurdish rebels stormed an army base in the province of Hakkari, leaving 14 rebels, six soldiers and two village guards dead according to local governor Orhan Alimoglu.

Prime Minister Erdogan condemned the attack as a “dastardly act” and warned that Turkey had the strength to deal not just with the rebels, but with those countries that supported them, neglecting to name which countries he intended the warning for. He added that “Terror is doomed to failure … sooner or later.”

Erdoğan also sent a written message to offer his condolences to the Chief of General Staff General Necdet Özel in the wake of the Hakkari attacks. “The PKK once again showed its enmity to Turkey’s national and spiritual values by mounting a dastardly attack during the holy month of Ramadan,” the message read.