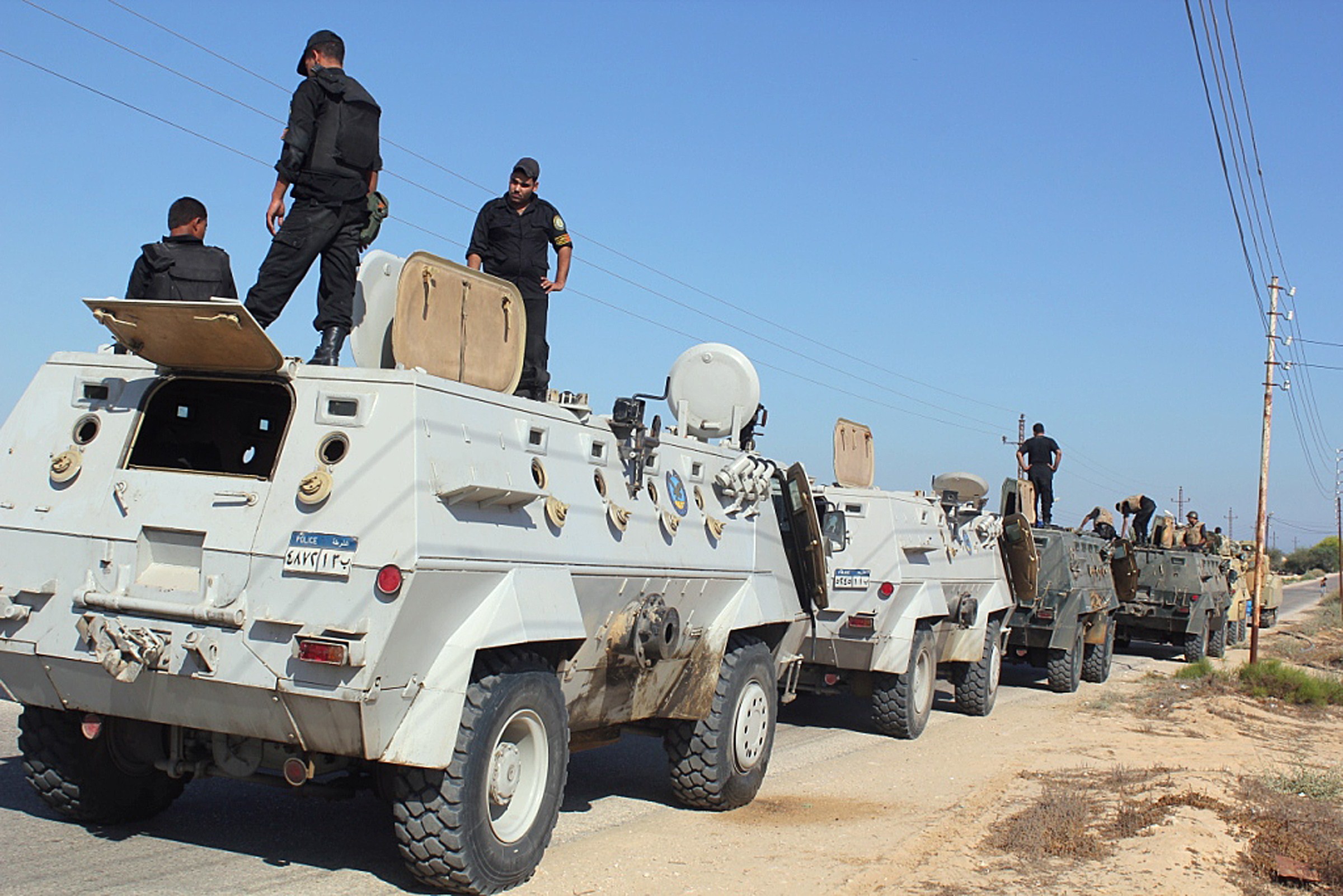 Following the attack on border security near the border city of Rafah on Sunday which left at least 16 border guards dead, the Egyptian army raided a mountain area near the Israeli border in Northern Sinai where the attackers were thought to be hiding.

At least twenty people are believed to have died in the reported air raids which came shortly after more armed attacks were carried out against security checkpoints in the increasingly instable peninsula.

The Jabal al-Halal mountain, said to be the site of the raid that took place early on Wednesday morning, is a place where criminals and outlaws take refuge said Mohammed Al-Assal, activist and Head of the 6 April (Ahmed Maher) political movement in North Sinai.

According to Al-Assal, this mountain is where “arms dealers, antiquity smugglers and basically people who’ve committed the worst crimes go to hide out.” Al-Assal added that security has failed to control the area in the past. “During Mubarak’s time, when they used to send people from the Central Security Forces, they would just get killed over there.”

“It is well known that all terrorist acts come out of this place,” said Ammar Jooba, spokesperson of the 6 April (Ahmed Maher) in North Sinai.

Jooba refutes the suggestion that the army attacked with planes. “There was nothing of the sort,” he said. “They only attacked using artillery and the number of people they killed is still unknown but they did fire one rocket onto one area of Jabal Al-Halal which killed between 18 to 21 people.”

The raids followed further attacks on security checkpoints on Tuesday night, this time near Al-Arish, which according to AP left six people injured. However, according to Jooba, the number of casualties was higher, around twenty.

Al-Assal said that one of the checkpoints attacked last night was the Mazra’a Checkpoint which lies on the Al-Arish International Airport Road. He said another, Al-Reesa Checkpoint, was attacked twice. All checkpoints are in the North Sinai city of Al-Arish, the largest city in Sinai.

Al-Assal visited one of the injured security guards from last night’s attacks. “He had an injury in his right leg but he was quickly treated and was able to leave. The rest were taken to a military hospital.”

Attacks on military checkpoints are not infrequent in North Sinai. However, the recent attacks differ in both scale and number. “They used to attack every month or month and half and they used to fire a bullet or two at the checkpoints and then run away,” Al-Assal said. “They were not as big as this one.”

El-Beak speculated that the attackers “could be armed by anyone – including Mossad – in order to send the message that there is no security in Sinai.” Alternatively, he posited, “they could be extremist religious groups who dream to form a religious Emirate.”

Jooba believes that the reason the attackers are escalating the level of violence is “because there is a clear and obvious enmity between religious extremist groups and security.

“This enmity exists from Mubarak’s era and will not stop.”

Correction: The activists  previously referred to in the article as members of the 6 April Democratic Front are not. They are members of 6 April (Ahmed Maher).