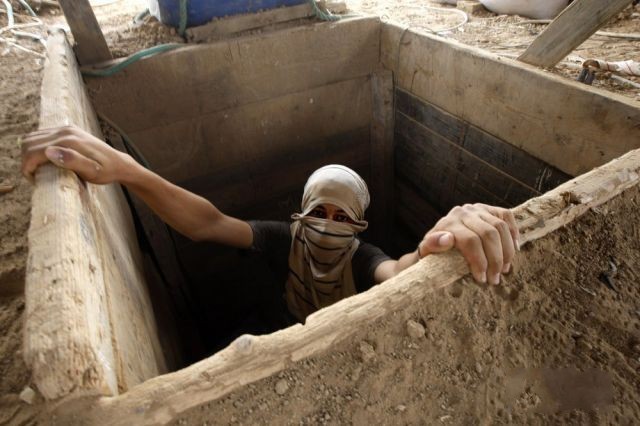 Israel has charged eight people yesterday with smuggling of explosives from Lebanon. According to the Israeli Justice Ministry, the explosives were intended to be used by Hezbollah militants to attack Israel.

Israel’s Security Agency, Shin Bet, said in a statement that the eight people smuggled 20 kilograms of explosives as well as detonators across the Lebanese border into the Israeli-occupied Golan Heights in June.

According to Shin Bet, most of the suspects were not aware they were smuggling explosives, rather they thought they had been transporting drugs. The eight were later arrested in July in the Golan Heights town of Ghajar, on the border with Lebanon, and in Nazareth, an Arab town in northern Israel. Assault weapons were also found during the arrest.

Shin Bet claims that the explosives were enough to launch a “wave of serious terrorist attacks,” pointing out that it took only three kilograms of explosives to carry out the Bulgaria bombing in July which killed five Israeli tourists.

According to the Justice Ministry, the suspects face charges which include aiding an enemy in times of war, having contact with foreign agents and various drug-related offenses. The suspects are all Arab Israeli citizens, some of which come from the city of Ghajar where residents often express a greater sense of Syrian identity than Israeli.

In a separate event, Israeli Defense Forces entered the Palestinian village of Jinba on Tuesday, in the Hebron region, where they entered homes, photographing and mapping the area. Haaretz reports that citizens in the area fear the IDF is planning to evict the residents of the village in order to use the area for military training. The village is one of eight in the area that the Defense Minister Ehud Barak has scheduled for demolition to make way for a military training area designated Firing Zone 918. According to the eyewitnesses cited by Haaretz, soldiers erected a command centre just outside the village and then entered homes and vandalised property.