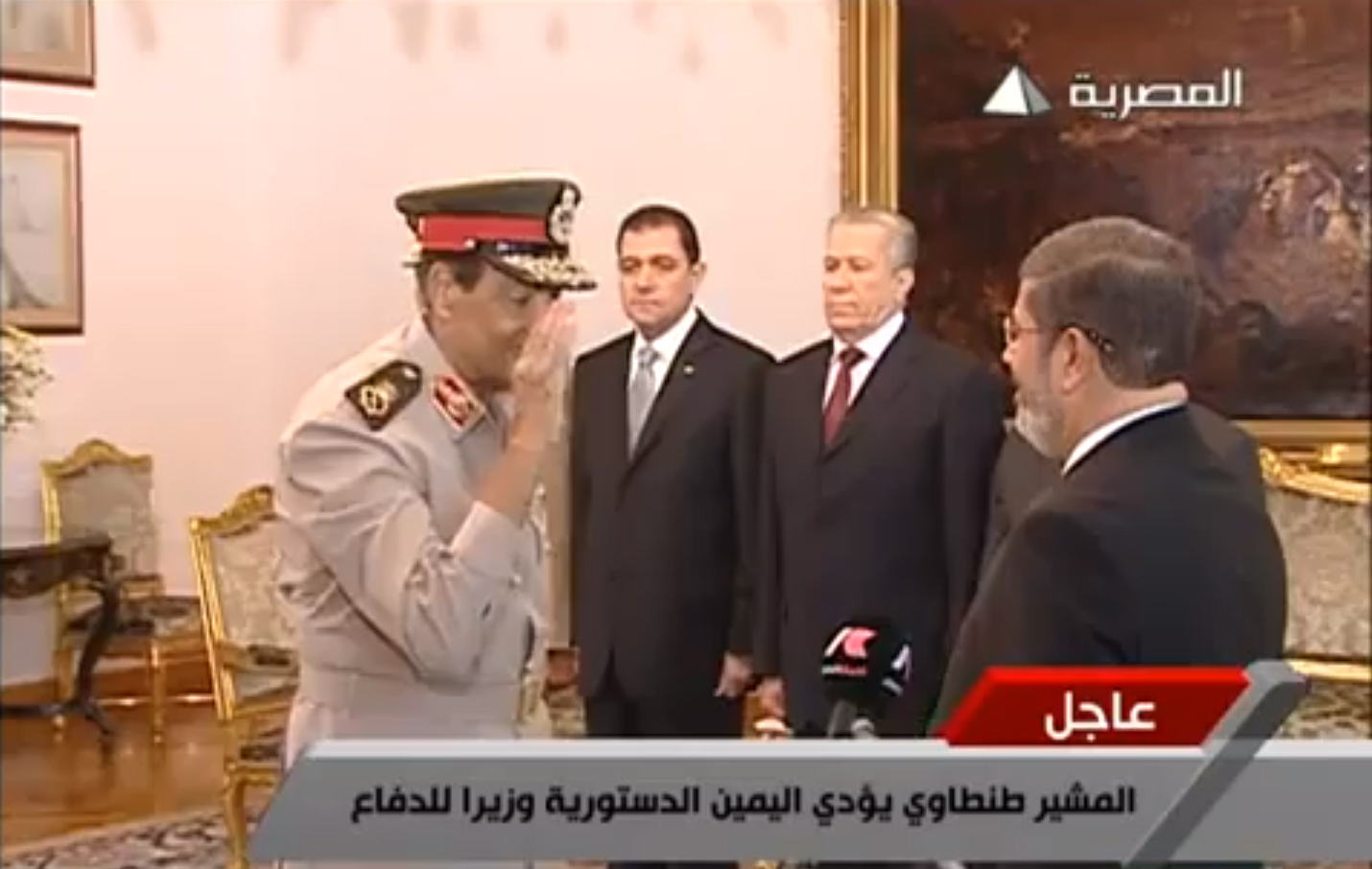 The wide scale sackings come after gunmen attacked soldiers from the Border Guards on the Egyptian – Israeli border in Rafah, North Sinai.

Muwafi made a statement indicating that Egyptian intelligence had enough information to anticipate the attack but failed to act upon it, while Mabrouk, as the local governor of North Sinai, was an obvious target of blame.

The former Republican Guard commander, Major General Samy Dyab, was replaced after he advised Morsy not to attend the funeral of the victims as it would be impossible to secure him against angry mobs. Tantawi and Armed Forces Chief of Staff, Sami Anan, attended the funeral and were secured without incident. Morsy’s failure to attend the funeral caused a public outcry.

No official reasons have been given as to why Morsy wants military police chief Hamdi Badeen replaced, but Badeen was in charge of security at the Rafah victims’ funeral at which several public figures were attacked, including Prime Minister Hesham Qandil.

According to a supplementary constitutional decree released by SCAF weeks before Morsy became president, he does not have the power to make personnel changes within the military. Tasking Tantawi with replacing Badeen through a public statement, however, is seen as embarrassing for the military commander and placing him in a tough position.

The appointment of a new Republican Guard commander and presidential chief of staff is a sign of  Morsy’s lack of trust in the men surrounding him, most of whom were hired before he became President.

The move is reminiscent of former late President Anwar El-Sadat’s “corrective revolution” of 15 May 1971, where he purged elements of his predecessor Gamal Abdel Nasser’s regime from the government and military to prevent an alleged planned coup.