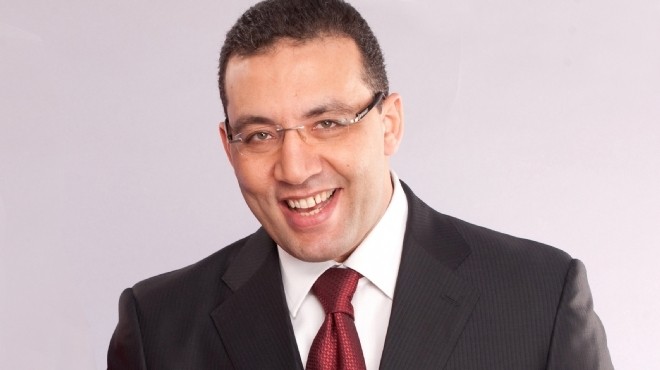 A television anchor has filed a police report accusing Freedom and Justice Party (FJP) members of inciting protesters against media practitioners after being attacked at the entrance of the Media Production City.

Television anchor and Al-Youm Al-Sabei chief-editor Khaled Salah says he was attacked by bearded protestors holding pro-Morsy banners when he tried to enter the Media Production City on Wednesday night.

According to Salah, after spotting him they attacked his car with stones, smashing the windows and mirrors, while calling him “one of those antagonising President Morsy.”

Salah was not the only media practitioner who claimed to have been attacked by protesters on Wednesday. Youssef Al-Hosseini, television presenter of the same Ramadan Baladna show, also told his viewers the story of a similar attack at the hands of the protesters.

Political analyst Diaa Rashwan, who was in Media Production City Wednesday night as a guest on a television show, told the Daily News Egypt that he was too far away to identify the protesters. However he confirmed that the protesters were holding banners in support of the FJP and Morsy.

Chairman of Media Production City, Hassan Hamed, told state-owned MENA news agency the protesters were holding a peaceful demonstration against “false media.” The protesters were chanting against chairman of Fara’een channel, Tawfiq Okasha, he be prosecuted for insulting the President, he said.

The Muslim Brotherhood and FJP denies any affiliation with Wednesday’s attacks.

Hamed was also reported by MENA to have said that the protesters did not attempt to break into Media Production City, though he confirmed the attacks on Salah.

“We welcome the news of filing a report,” Ghozlan assured. “The court must identify the true perpetrators.”
He described the charges Salah intended to bring as “nonsense.”

“We do not incite against the media,” he said. “It is the media which incites against us and calls for having our headquarters burnt.”
Last Friday, the FJP’s headquarters in Meet Oqba and Haram where both burnt. The FJP filed a report with the Public Prosecutor over the fires.