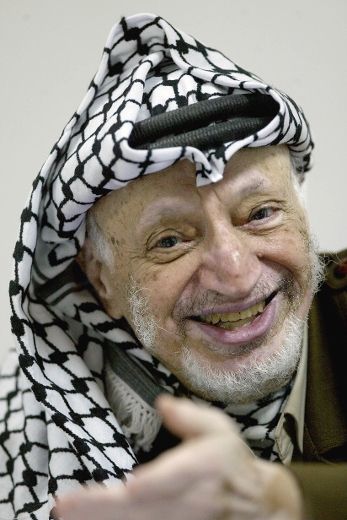 Swiss experts confirmed to Aljazeera that they were invited to examine the remains of Arafat but did not give details on how they will respond to the request.

The request comes after Al Jazeera initiated a ninth month investigation, conducted by the Swiss Institute of Radiation Physics which suggested that Arafat could have been poisoned. The findings which were released last month indicated that there were traces of the radioactive material, polonium 210 on his clothes.

According to Al-Jazeera, the Institute of Radiation Physics said that their findings were inconclusive and that they need to conduct an autopsy to provide conclusive findings. However, the medical committee investigating Arafat’s death said last month that they believed that Arafat did in fact die of poisoning.

Yet exhuming in unlikely to be a straightforward matter. Permission is required from both the Palestinian Authority (PA) and Israeli officials, according to Al Jazeera.

Suha Arafat, the wife of the late Palestinian leader, called for the exhumation of Arafat’s body in order to find out the truth about his death. “Of course, after this result of the investigation, I would like to exhume, to ask the Palestinian Authority to help me and to help all the Palestinian people to exhume the body,” she told Al Jazeera.

Suha Arafat believes her husband was assassinated and said she never believed that his death was natural.

In response to the findings, the President of the PA, Mahmoud Abbas, agreed to have Arafat’s remains exhumed from his West Bank grave.

Suha Arafat filed a lawsuit in France in July, asked French authorities to open a murder investigation into his death. Arafat had been receiving medical treatment in France before he died there.